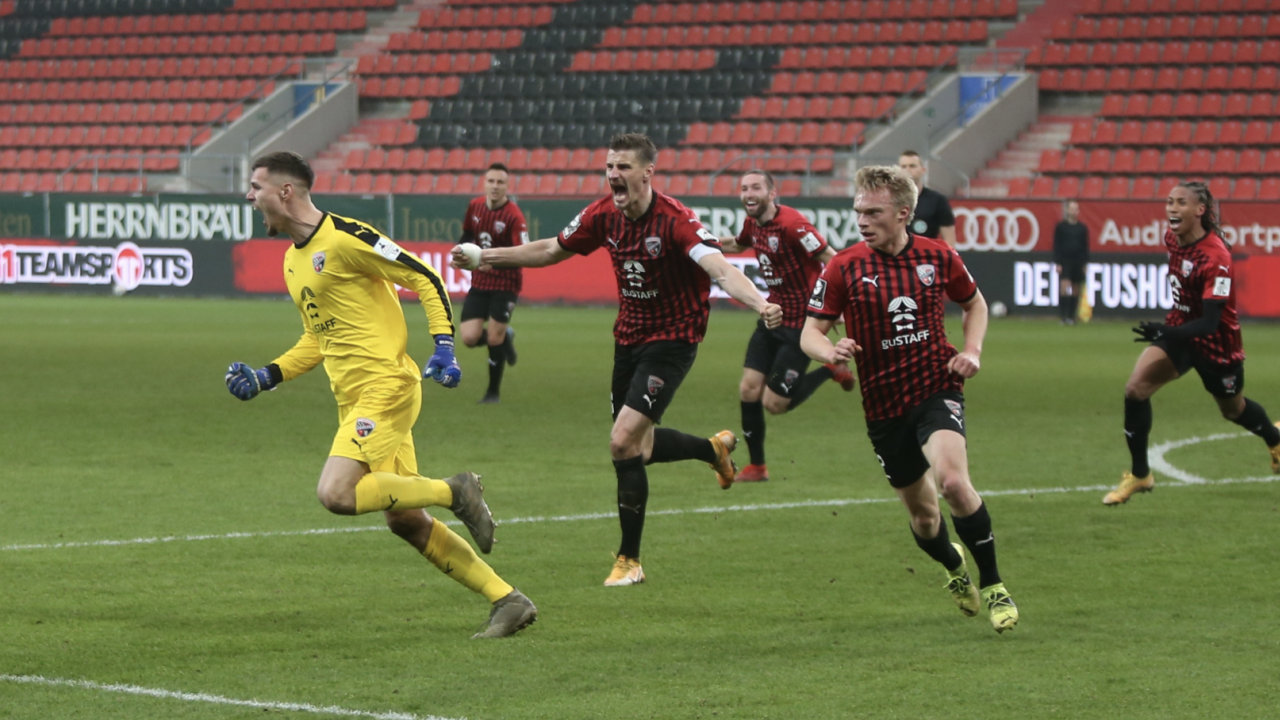 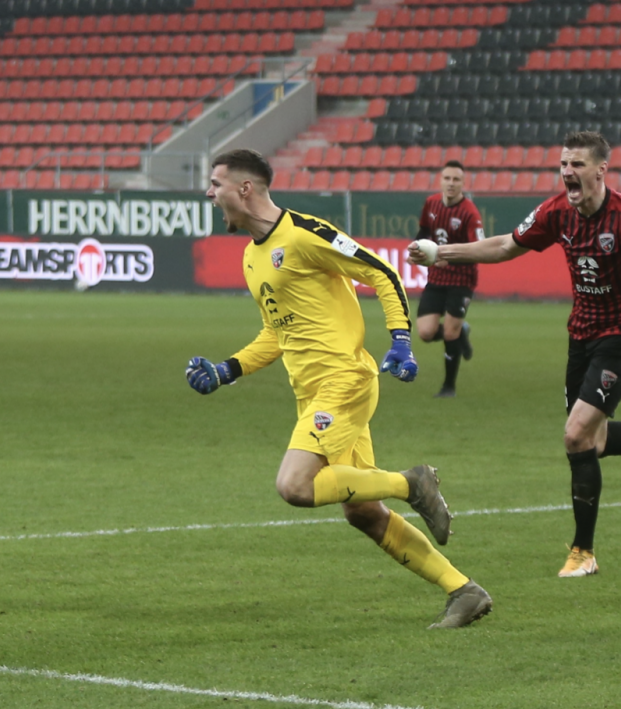 Three points seemed out of the question for 3. Liga side Ingolstadt as the league title contenders trailed 1-0 with only two minutes of stoppage time left on Saturday. Then came the craziest 70 seconds of soccer, which featured a goalkeeper goal and a last-minute winner to give Ingolstadt all three points.

Let’s start with what you came for: that gorgeous goalkeeper volley.

Strikers dream to hit a ball on the half volley like that. The goalkeeper’s name is Fabijan Buntic and that goal will be a moment he never forgets. After the game he said that he had promised his girlfriend that he would score a goal eventually. That's some boyfriend of the year material right there.

As he and his teammates wheeled away in celebration they had no idea that they would be celebrating again in 60 seconds.

The opposing team, Viktoria Köln, really didn’t want any points that day and managed to blow its narrow one-goal lead in devastating fashion. The defense was probably still in awe at Buntic’s goal that they forgot to defend in the final minute of stoppage time.

Now that’s how you blow a lead. Hopefully PSG was taking notes.

While Viktoria fans definitely drank their sorrows away Saturday night, it’s safe to say that the person in charge of Ingolstadt’s Twitter was having a great day.