If The College Football Playoff Was The Champions League 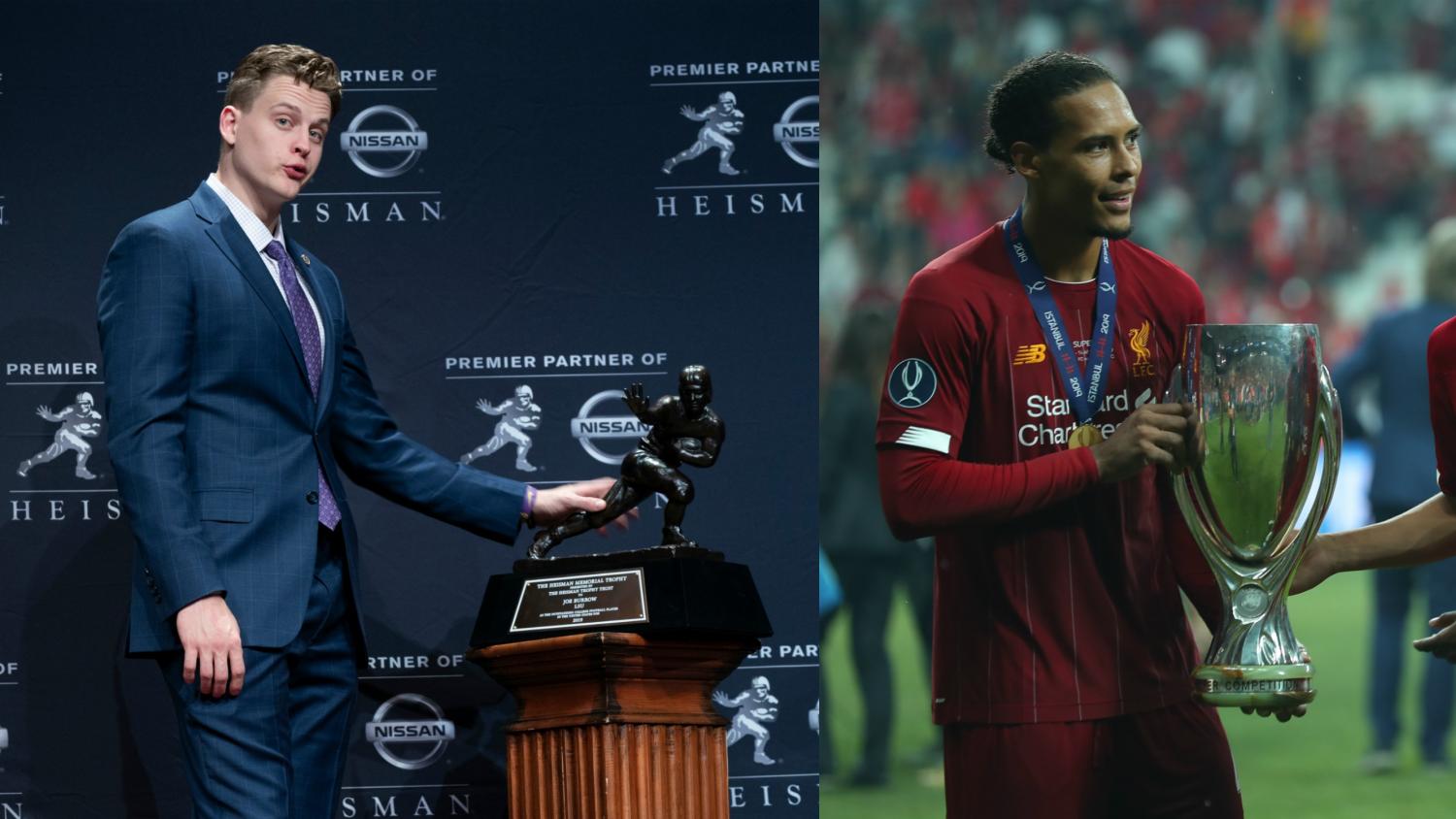 Who are the soccer counterparts to LSU and Clemson?
Shutterstock.com

The United States’ closest version to the Champions League final will be underway soon. The College Football Playoff National Championship between LSU and Clemson is set for 8 p.m. EST on Monday, Jan. 13, in New Orleans, Louisiana.

College football fans outside of the good old USA are few and far between. Hell, even a good number of Americans couldn’t tell you what state Clemson is even in. (Hint: It’s in South Carolina).

For starters the College Football Playoff is comparable to a mini Champions League. A committee votes for the best four teams, typically winners from the five best conferences, to compete in a semifinal and then the winners advance to the championship game.The five best conferences are like the big five leagues in Europe with the Premier League, Bundesliga, LaLiga, Serie A and Ligue 1.

What if instead of the LSU Tigers and Clemson Tigers playing, it was top soccer teams? Who are the futbol equivalents to these high-powered college football teams?

There are quite a few similarities between this year’s CFP finalists and two of Europe’s biggest club teams. Let’s start with Clemson and provide some background.

The Tigers from South Carolina play in the Atlantic Coast Conference. The ACC has one powerhouse, Clemson, with the remaining 13 teams battling for second place. Clemson has dominated in past years, winning the last five conference titles. The players do not get paid, but the same can’t be said for the coaches. Clemson pays its head coach, Dabo Swinney, nearly twice as much as the next closest school in the ACC.

So, to recap: Clemson commands its relatively weak conference and has more money than any of the other teams. This is sounding quite similar to a certain soccer team in Paris.

PSG and Clemson are long lost brothers that haven’t met. Each team has conquered and is expected to win its league/conference each season, both Ligue 1 and the ACC are arguably the weakest of Europe’s big five and college football’s power five and, lastly, the two organizations are rolling in cash.

Personnel-wise, both teams are equipped with a young talent that has burst onto the scene. Kylian Mbappé turned 21 last month and has torn up Ligue 1 in the past two seasons. Meanwhile, Trevor Lawrence, Clemson’s quarterback, is 20 years old and has done his own demolition job of the ACC and college football world.

Now for Clemson’s opponent: The LSU Tigers. Who is their soccer counterpart?

LSU plays in the Southeastern Conference, the best in college football from top to bottom. The SEC is full of big names such as Alabama, Georgia, Auburn, Florida and for a time Texas A&M. You could almost say there is a big six in this conference. … Starting to ring a bell?

If the SEC is the college football equivalent to the English Premier League, then which of the big six does LSU most sound like?

Until this year, the Tigers hadn’t won a conference title in a considerable amount of years. So far this season they haven’t lost a single game, they had the best offense in the conference and an incredible defense.

LSU proudly wears purple and gold, but the Tigers and the Reds are one in the same. The two teams either vanquished its opposition for the title or are in the process of doing so.

Baton Rogue, Louisiana, and Liverpool, England, sit 4,486 miles apart. There is a good chance Virgil van Dijk and Joe Burrow, LSU’s quarterback, don’t know of each other’s very existence. Yet the two have surmounted a plentiful sum of awards and recognitions from the past seasons, with van Dijk earning the Premier League Player of the Year and Burrow winning the prestigious Heisman Trophy for college football.

The College Football Playoff champion will be crowned shortly.

Will it be PSG/Clemson, or will it be Liverpool/LSU? The answer will come on Monday.