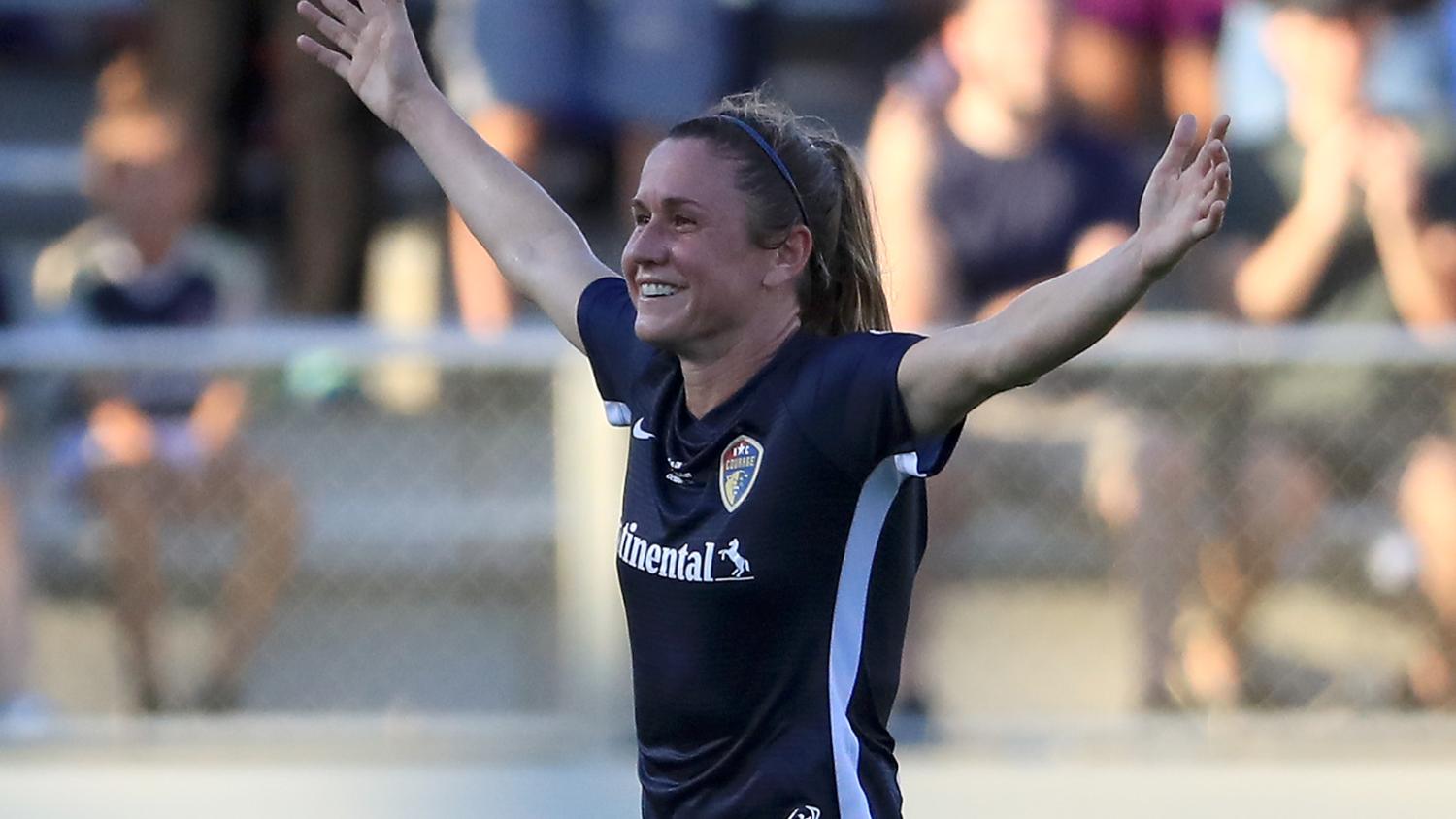 Heather O’Reilly is back in soccer after three years of retirement. The beloved USWNT player wanted one more shot at the one competition that eluded her all these years. In doing so, she’s also poking fun at one of the men’s games most prominent figures, Cristiano Ronaldo.

A couple of weeks ago, O’Reilly announced she was coming out of retirement to sign with Irish club Shelbourne to fulfill her dream of playing in the Champions League.

O’Reilly, 37, has won just about everything there is to win in soccer. She’s got three Olympic gold medals, won the Women’s World Cup once, claimed two NCAA titles, four NWSL/WPS league titles and a league cup with Arsenal. She gave birth to her second child in November.

But she had never played in the Champions League, missing out on the experience as her season-and-a-half at Arsenal coincided with a rare period when the club wasn’t in the UEFA Women’s Champions League.

O’Reilly explained it was former Arsenal coach Arsène Wenger who helped inspire her to return to the pitch during a recent charity match.

“I played in Soccer Aid a few months ago,” O’Reilly said. “Arsène Wenger was my manager. We got talking after one of the sessions, and he said, ‘Heather, you are very good, you should still play.’

“I said, ‘Oh thanks Arsène, maybe. I never did play Champions League football and it always bothered me.’ He says, ‘You should do it. You should play.’ I puffed out my chest, put some more thought into it, and said I was going to start having some conversations. Arsène Wenger was the catalyst to get me out of retirement, get the boots back on and give it a go with Shelbourne.”

Shelbourne, based in Dublin, is the reigning champion of the Women’s National League in Ireland. As such, Shelbourne was placed in the Champions Path to qualify for the Champions League. The first round starts Thursday against Slovenian champion Pomurje, with the winner taking on either Valur (Iceland) or Hayasa (Armenia). The winner of that pod advances to Round 2 of qualifying, from which seven teams advance from the Champions Path and five more from the League Path to the UCL group stage.

“I am somebody that chases their dreams,” O’Reilly said on a recent BBC World Football podcast. “I had a long, successful, trophy-ridden career and I am very proud of that, but there was this one hole on my resume that I never played Champions League football.”

As such — and because they’re the same age (37) — O’Reilly poked fun at Ronaldo, who has reportedly been unhappy about playing for a club that won’t be in the Champions League.

Sure, Ronaldo has scored more goals and probably gets paid more, but HAO has played more international matches and won more international trophies, so she’s got more than enough clout to roast Ronaldo. Plus, she’s playing professionally after giving birth to two children. Let’s see Ronaldo do that.

Personally, I hope O’Reilly and Shelbourne make it to the Champions League group stage and maybe get a chance to play against Arsenal, a club for which HAO has long been a supporter. She’s already made an instant impact with the club, assisting in a 3-2 win over Peamount United in her debut.

@HeatherOReilly made her first start for the Reds in the thrilling 3-2 FAI Cup win over Peamount Utd.

Regardless of how well Shelbourne does, unless United sells Ronaldo, HAO will play more Champions League matches this season than CR7.