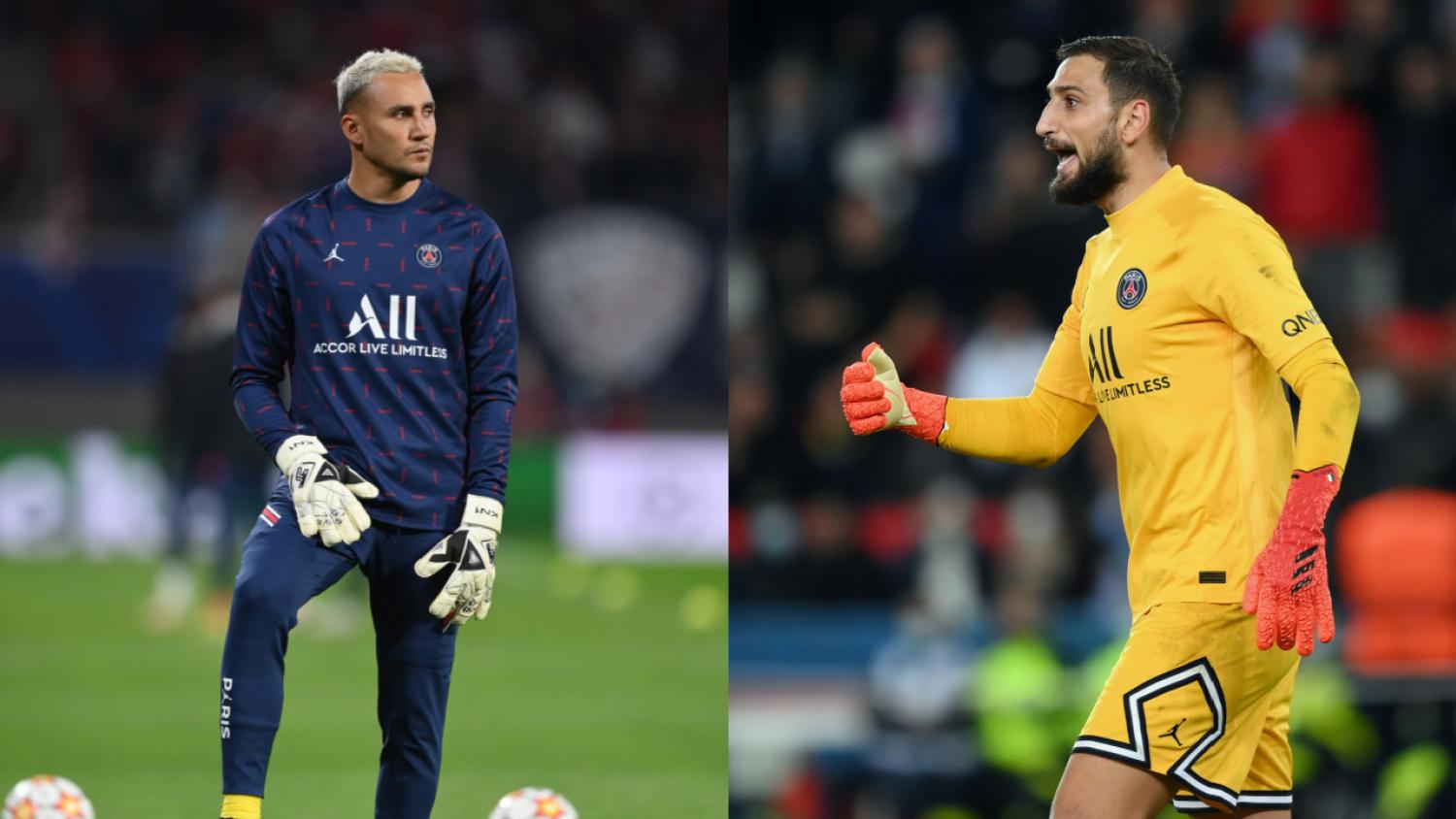 The two have continued to evenly split time in goal for five months.
Getty Images

After months of continually fanning the flames in Paris, it looks like the tabloids have finally gotten their wish: a frosty, passive aggressive relationship between PSG goalkeepers Keylor Navas and Gianluigi Donnarumma that's threatening to divide the dressing room.

But is there any truth in L'Equipe's latest report that "the relationship between the two is falling apart and the situation will hardly improve in the second part of the season," or is this just tired tittle-tattle that's already been rebuffed enough to ignore?

There's no denying that the competition to become PSG's clear No. 1 has had its telenovela moments.

When it first became clear that manager Mauricio Pochettino intended to rotate the pair in every competition rather than name a first choice, PSG sporting director Leonardo laughed at the concept of it being problematic to house both a three-time Champions League winner and the recent recipient of the prestigious Yashin Trophy.

"What is so complicated about that?" Leonardo mused. "It would be complicated if we didn't have them."

But the players themselves said something to the contrary. Back in October, Donnarumma complained that not starting every match — which he'd been doing at Milan since the tender age of 16 — was taking its toll.

"It has no effect on my performances, but it disturbs me," Donnarumma said. "It's not easy, because I was used to always starting and sometimes it hurts to be on the bench. But I'm sure the situation will be resolved."

There hasn't been any resolution apart from the continued rotation. Navas has started 11 Ligue 1 matches, while Donnarumma has been handed eight appearances. In the Champions League, both appeared in three group-stage games.

On the pitch Donnarumma appeared to have gained the upper hand after keeping clean sheets in back-to-back league games (against Nice and Monaco) while Navas was red carded against Saint-Étienne on Nov. 28, but it was Navas who got the start in PSG's 3-0 Coupe de France victory over SC Feignies on Sunday before again getting the nod against Lorient in league play on Wednesday.

Still, surely there's no way that Pochettino elects to play one in the UCL Round of 16 first leg against Real Madrid before turning to the other in the second, right?

Everyone has their opinion, including Donnarumma's former Milan teammate Zlatan Ibrahimović, who shares the same agent as the Italian in Mino Raiola.

"Gigio is a great goalkeeper," Ibrahimović said at the beginning of December. "Now he has to fight to be a starter, but Gigio is stronger (than Navas). If they (Milan) had given him what he asked for, he would have stayed at Milan."

This triggered a larger debate in Italy about the goalkeeping situation at PSG, and things got pretty strange days later when Leonardo texted in to a Sky Italia program to say that the PSG "players had absolutely no preference and that Pochettino decides who plays, game after game."

The Argentine manager reiterated his thinking during a press conference on Tuesday, giving himself a pat on the back when saying, "I think it's working well. Now, after five months working together, I think there's a good understanding of the situation and I think the competitiveness is good, it's healthy, and there are good spirits in training and in the competition."

Donnarumma's previous comment that "the situation will be resolved" doesn't exactly mirror Pochettino's thinking, and then there's the growing rumor that the "good spirits" aren't so brotherly after all.

There was a weird, easily dismissed report about Navas getting under Donnarumma's skin with a barb about how the world's best keepers wear SELLS gloves and not adidas (the only reason it's included here is because it's hilarious to imagine Donnarumma actually getting upset over something so damn petty), but then there's growing talk of a split dressing room with the club's strong South American contingent (led by Marquinhos, Neymar, Lionel Messi and Ángel Di María) favoring Navas, whereas the European players (Marco Verratti, Presnel Kimpembe and Kylian Mbappé among them) favor Donnarumma.

Locker room cliques have always been a staple of PSG — maybe not to the degree of Milan's infamous Playboy/Bible divide, but it's long been Neymar and friends vs. the francophone group.

Like Pochettino and Leonardo have said, the goalkeeping issue is a good problem to have, but it's one that needs to be resolved with Real Madrid coming in seven weeks.