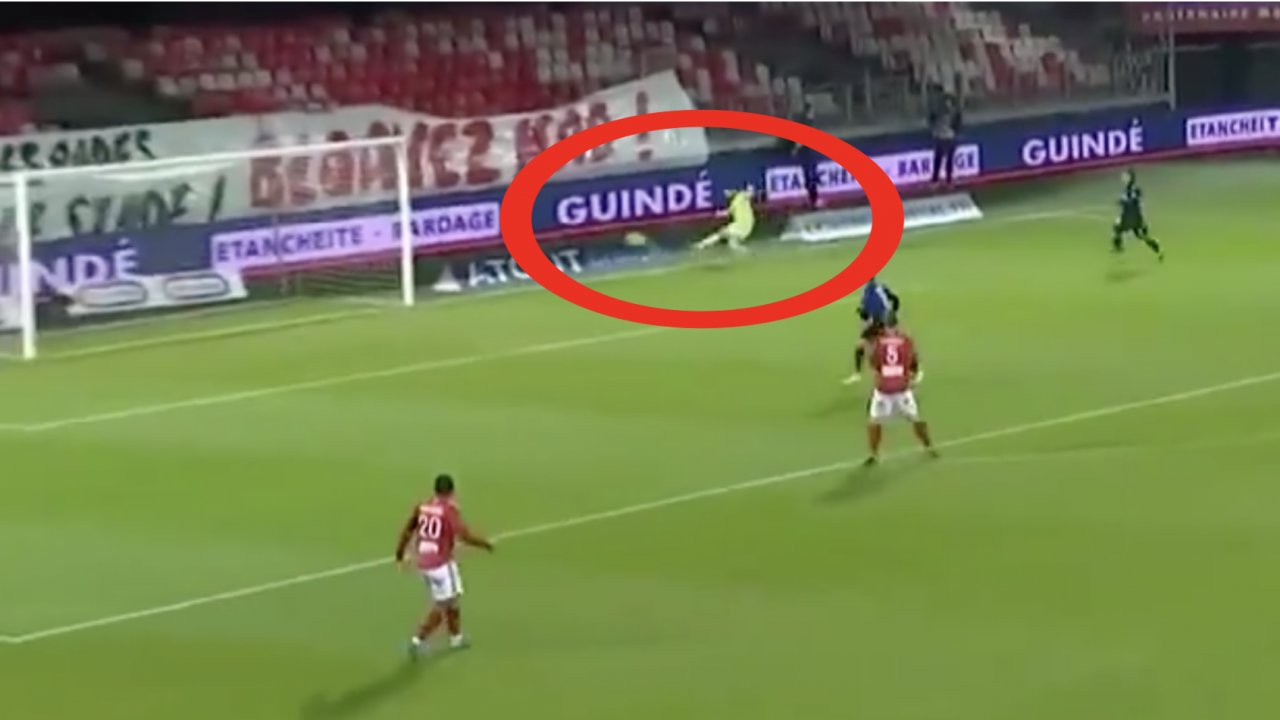 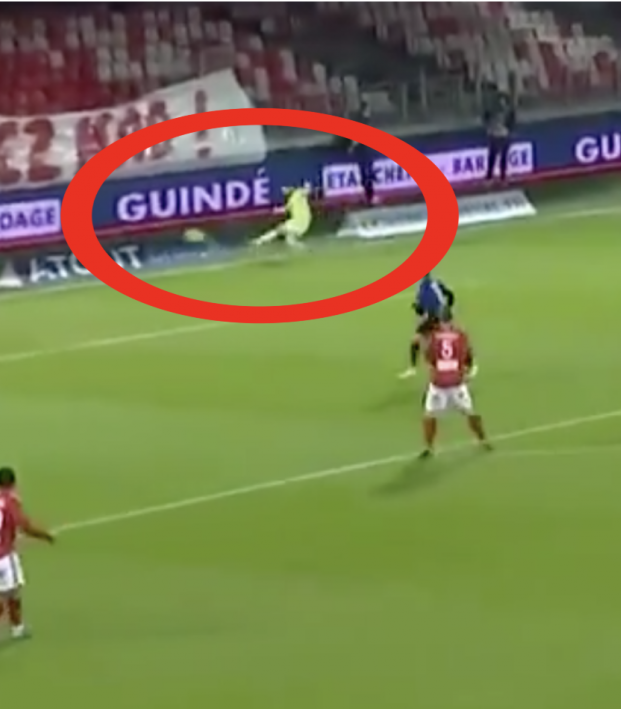 A goalkeeper for Ligue 1 club Brest thanked his lucky stars on Wednesday after he almost scored one of the most humiliating own goals ever. Thankfully for him, people will instead be Googling “Gautier Larsonneur clearance” for years to come.

Larsonneur was happy as could be during his team’s match against OGC Nice. With ten minutes left before halftime, his team was up 2-0 and he had nothing to worry about.

The French keeper was several yards to the left of his goal when he received a casual pass from one of his teammates. Rather than hoofing the ball forward, controlling the ball or finding an open teammate, Larsonneur decided his best option was to yam the ball off his own crossbar.

WHAT?! Brest goalkeeper Gautier Larsonneur nearly scored one of the most random own goals Ligue 1 has ever seen pic.twitter.com/eGymHJGSda

Why on Earth did Larsonneur do this? Style points, obviously.

If he decided to take a leisurely stroll down easy street and perform a normal clearance, nobody would remember him. These very words wouldn’t even be appearing on your screen right now if Larsonneur wasn’t a mad man. He performed a move straight out of Nike Football’s “The Last Game” cartoon. After all, there's no greater danger than playing it safe.

Another way to look at things is through the eyes of former Colombian goalkeeper René Higuita. He was given the choice to either standardly catch a ball or be immortalized in soccer history with a scorpion kick. He chose wisely.

It’s 25 years since René Higuita introduced us to the Scorpion Kick...

If only this were the actual case with Larsonneur. In reality, the Brest keeper wasn't some thrill-seeking, risk everything maniac. The poor guy panicked and in his moment of hysteria he somehow pulled off the most impossible clearance ever seen. You couldn’t even do that on FIFA if you tried hard enough.

Larsonneur dodged the bullet of humiliation and even picked up a clean sheet as Brest won the match 2-0.