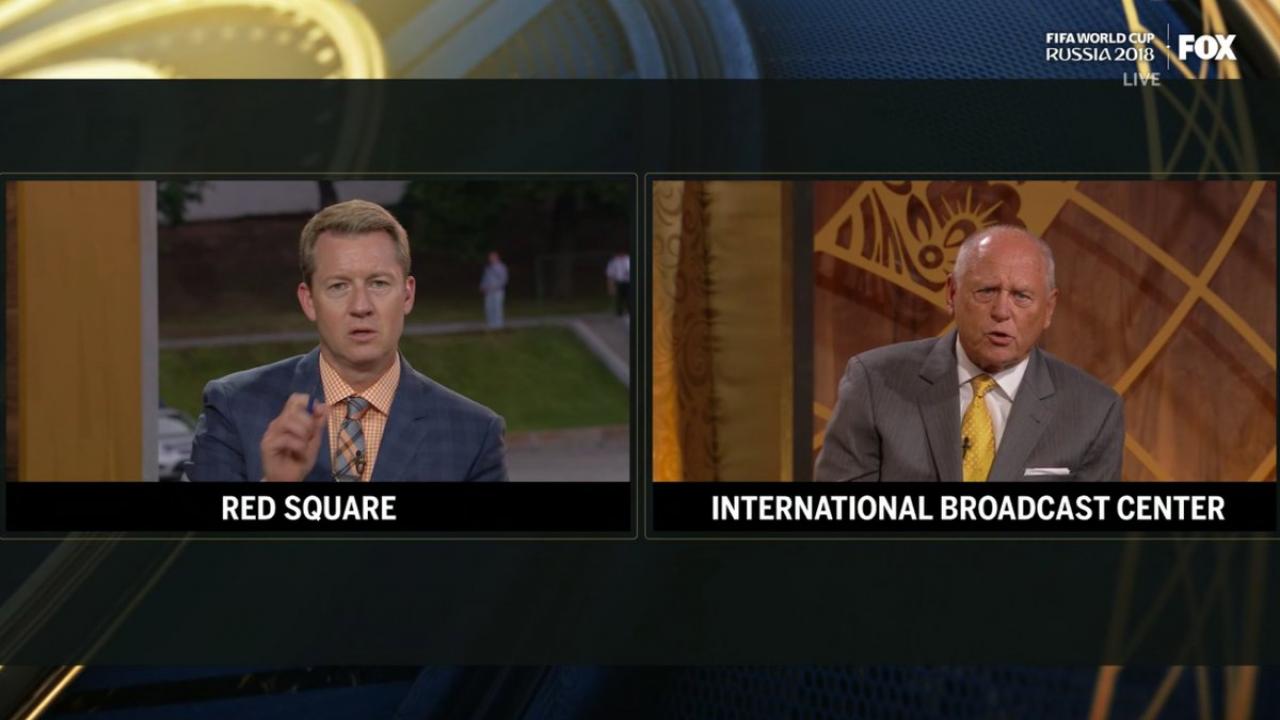 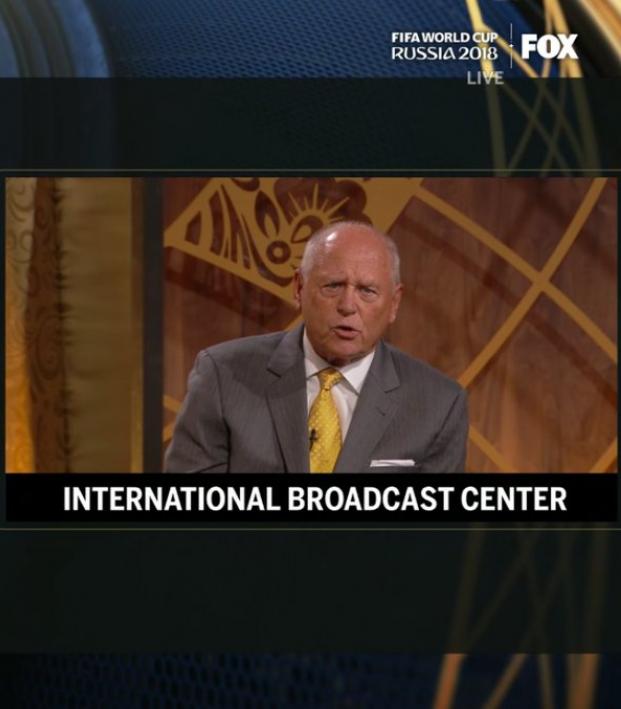 When it comes to World Cup coverage, you expect to see the best analysts providing the best analysis. Unfortunately, Fox never got the memo that this is the biggest tournament in the world and skimped on analytical talent. Fortunately for Fox, they still have Dr. Joe Machnik.

Dr. Joe Machnik is a former player, coach and referee — you name it, he’s done it. Last fall he was elected into the U.S. National Soccer Hall of Fame. And he’s easily the best analyst Fox has for the 2018 World Cup.

Welcome to Fox Watch, where we examine how Fox is covering the 2018 World Cup.

We’ve discussed in the past how Fox has decided to go the college-student route of covering the World Cup this summer, with low-priced talent and a tight travel budget. Perhaps nowhere is this more apparent than in the analysis the Fox broadcasters provide before, after and during any given match.

While there are some great football minds in Fox’s studio lineup, few actually convey their thoughts in a way that enlightens the viewer. More often than not they’re just talking about the extreme basics of the sport. And then there’s Alexi Lalas, who I’m pretty sure is only there to fill the hot-head quotient on a network that for some reason employs assjacks like Skip Bayless and Jason Whitlock.

But one man who stands above the fray is Dr. Joe Machnik. On the team as the "rules expert," Machnik is the lone broadcaster who almost always has something insightful to say. The few times he doesn’t have an insightful thought is when he’s forced into a broadcast to say something simple like, “Yeah, that’s a hand ball.” (Although sometimes that's needed, like when the announcers didn't realize using a shoulder is considered a hand ball.)

Perhaps for this reason, Machnik is a bit overused. He’s on call for seemingly every match. It’s a bit much when Fox asks him to provide analysis for every single controversial call, but at least he knows what he’s talking about more than anyone else at Fox’s disposal.

Some other thoughts of Fox’s coverage of the World Cup.

As predicted months ago, Fox announcers continue to miss plays or make ill-informed calls because most of them are stuck in a studio in Los Angeles instead of calling the action from Russia.

In the South Korea-Sweden match, Cobi Jones screamed, “It should have been a corner!” even as the teams were setting up for a corner kick.

In the Belgium-Panama match, announcers were busy talking about something else when a quick corner was played into the box, leaving viewers confused and ill-informed about the action taking place on the pitch.

Perhaps worst of all, in the Denmark-Australia match, Mark Followill and Warren Barton were absolutely clueless about the referee having whistled the match over even though the whistle was clearly audible over the world feed the broadcasters were using. The players had visibly stopped playing but the Fox announcers took what felt like an eternity to realize the game was over.

I hate to harp on it too much, but it continues to bug me how poorly Fox and its announcers are using the English language. Despite most of the announcers being American, they repeatedly use British English. Check here for what exactly I mean, but for the tl;dr: in American English a team is a singular object, which Fox announcers are seemingly incapable of understanding.

Mark Followill and Warren Barton get another mention here for their poor performance in the Spain-Iran match. In the second half, when Iran thought it had nicked an equalizer, the two broadcasters showed why you shouldn’t have commentators calling a match who aren’t in the stadium.

When the play was made, the assistant referee immediately raised his flag to call for offside. While this wasn’t immediately shown on the world feed, the center referee raised his arm pretty quickly to signal for offside, even while the Iranian players celebrated.

A good announcer, or at least an announcer who was in the stadium, would have recognized the ref's signal or that the goal was not allowed, but Followill and Barton just kept acting as though the goal was good. The refs didn’t even need VAR to prove it was offside, though they used it anyway just to make sure.

As an aside, the assistant referee should be commended for catching the offside call so quickly and making the correct call without hesitation, even though it was a bang-bang play with the ball bouncing off the head of one player before landing at the feet of another, who was offside, before he put the ball in the back of the net.

In some interesting news surrounding Fox’s list of talent, a number of people are shifting around. For starters, Kate Abdo is getting an expanded role, joining Fernando Fiore on the nightly recap show in addition to her daytime responsibilities.

. @FOXSports expanding Kate Abdo's role in #worldcup coverage, adding her to the late-night show as co-host with Fernando Fiore. She will continue her day responsibilities.

In addition, Lothar Matthäus has been dropped from Fox’s coverage. Fox claimed “schedule conflicts,” but you know that’s not the full story when Matthäus was dumped so early in the tournament.

Clarence Seedorf is a good replacement and Fox would be wise to extend the loan spell from Martin O’Neill, but it shows how ill-prepared Fox was for this World Cup when the company is having to shift talent around so much so early in the tournament. But hey, Fox could always throw Dr. Joe Machnik on the air a few dozen more times.