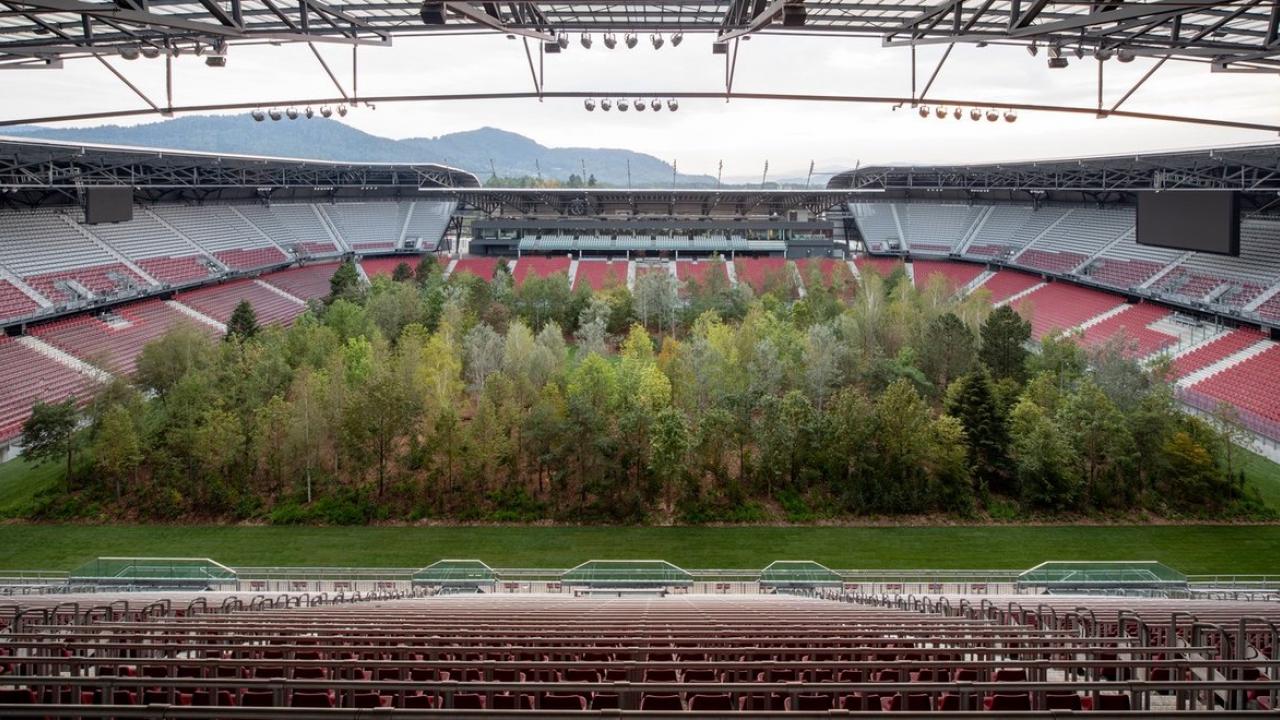 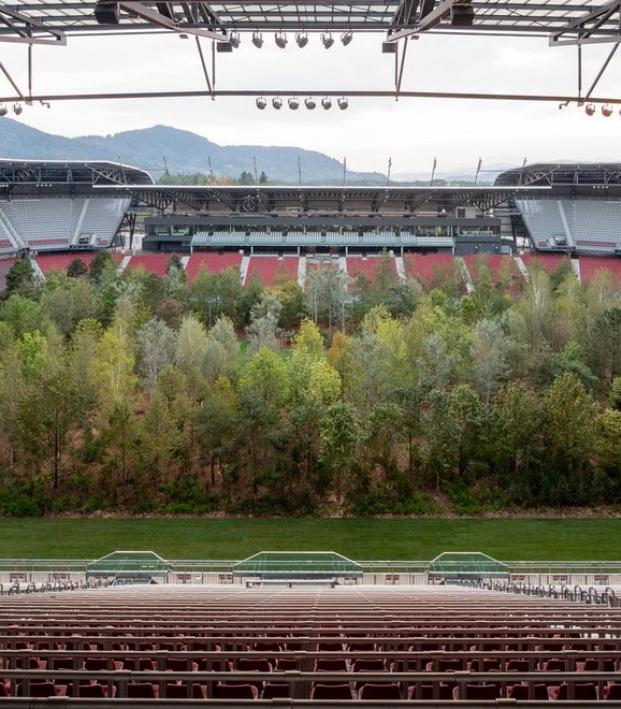 SK Austria Klagenfurt, a second-division Austrian club, has temporarily been kicked out of its 32,000-seat Wörthersee Stadion.

This isn’t the case of a big rock band coming through or stadium renovations. Instead, Wörthersee Stadion has been turned into a temporary forest.

Aside from the fact soccer can’t be played at the stadium for the time being, how cool is that?

Swiss artist Klaus Littmann created an exhibit on the pitch of the Wörthersee Stadion, installing 300 trees on the playing surface in what he’s titled “For Forest: The Unending Attraction of Nature.”

The art was inspired by a drawing by Max Peintner in 1970. The Austrian painter and architect created a pencil drawing in which a forest sits in the middle of a stadium surrounded by a crowd. The idea was that soon we’d only look at nature in designated areas. Below is the original drawing with some updated coloring on the trees.

The result of Littmann’s work is a thought-provoking scene of nature.

“For many, because of the current situation, this represents a memorial as part of the climate change discussion,” Littmann told Reuters.

SK Klagenfurt, meanwhile, will be forced to play in a smaller stadium nearby while For Forest is on display from Sept. 8 to Oct. 27.

Below are a few more pictures of the forest pitch, though ad blockers may prevent some from showing up on your browser.

From @CNN: A picture essay on how @littmann_klaus's FOR FOREST has transformed Wörthersee Football Stadium in Klagenfurt hinto a magnificent forest #forforesthttps://t.co/iFFVsmbyfz

At night, the stadium undergoes another magical transformation... #forforest pic.twitter.com/zFNkaiIquQ

.@artnet reports on the forest that has taken over Woerthersee Stadium and our partner programme of events -- including "Touch Wood" at the Museum of Modern Art in Klagenfurt https://t.co/03A2cXzTD8