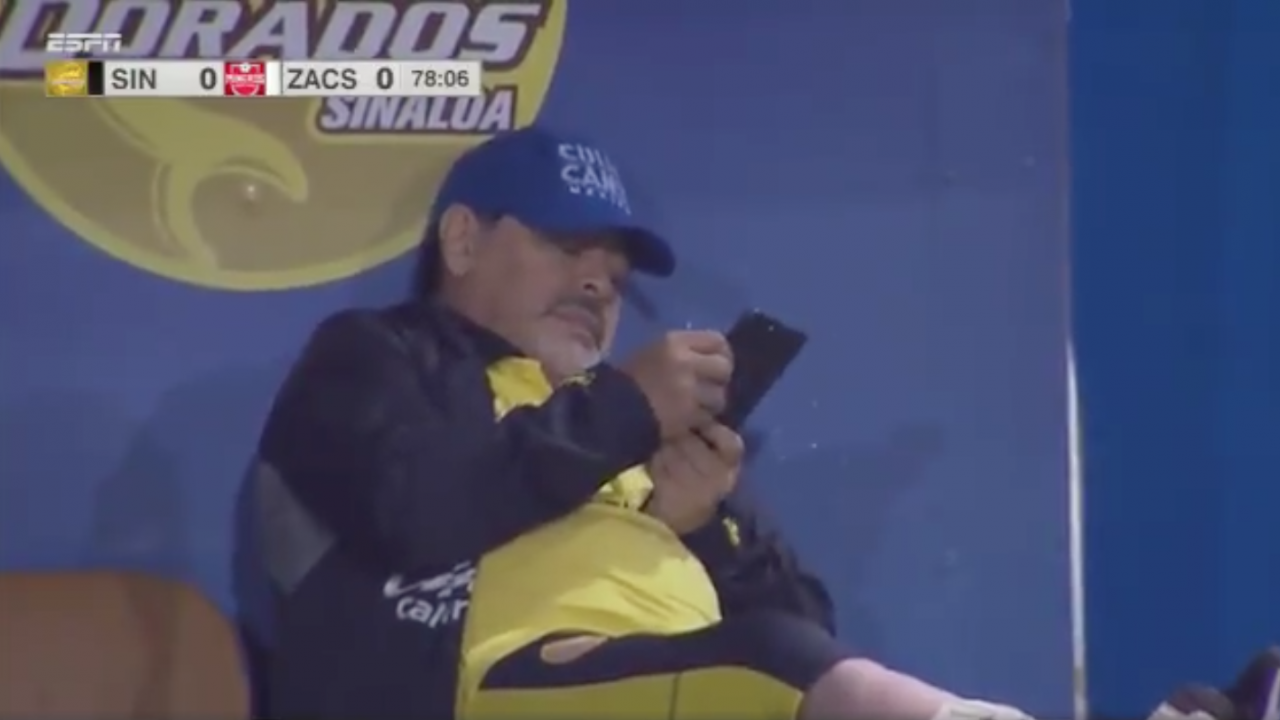 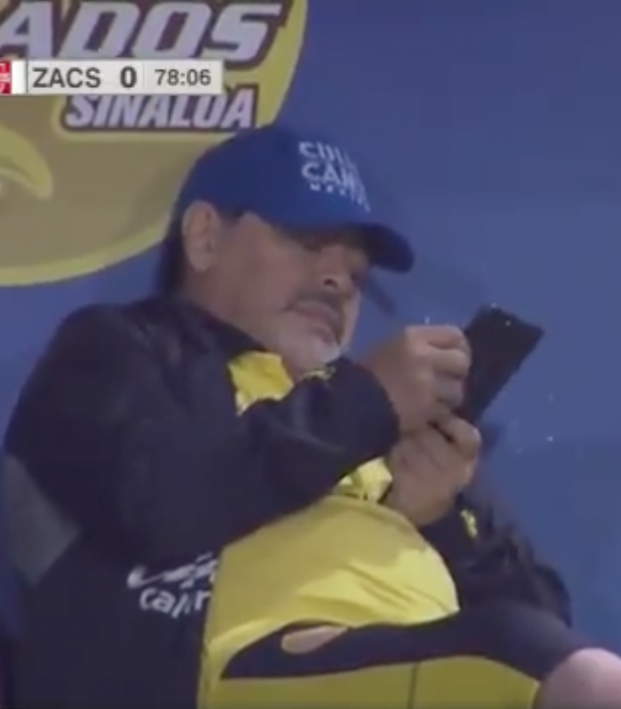 There was, admittedly, very little footballing action on Wednesday. Qatar shocked Switzerland 1-0 in an international friendly and the U-17 Women’s World Cup continued in Uruguay (the U.S. beat nine-woman Cameroon 3-0), but that was about it.

Oh, and there were a couple of matches in Ascenso MX, Mexico’s second division — namely one involving Diego Cam.

Since becoming coach of Dorados de Sinaloa in Ascenso MX in September, Diego Maradona has been filmed pretty much nonstop; after a Copa MX Round of 16 match in September, Querétaro players invaded the Dorados bus to get a pic with the legend. We get it — he’s one of the greatest players to ever grace a soccer pitch and he’s coaching a second-division side in a soccer-mad country.

But what we don’t get is Maradona apparently forgetting he’s always on camera, as he apparently did during his team’s match with Mineros de Zacatecas on Wednesday evening.

In the 78th minute of Dorados’ scoreless draw with Mineros at Estadio Banorte, Maradona’s phone woke him from a little mid-match nap. Forgetting where he was, Maradona went to answer the phone.

Diego Maradona casually took a call in the middle of coaching a Dorados game ¯\_(ツ)_/¯ pic.twitter.com/6t6ST9gjsk

Fortunately, Maradona didn’t seem to know how to answer the phone and instead sent a quick “Sorry, I’m busy” text to whoever was calling. It's somewhat comforting to see even one of the GOATs of soccer is just as addicted to his phone as we are.

While Diego Cam then cut out, we assume he went back to sleep. We don’t blame him; 0-0 draws on Wednesday nights are tough to stay awake through.

Sleep tight, sweet prince. We’ll call you in the morning.