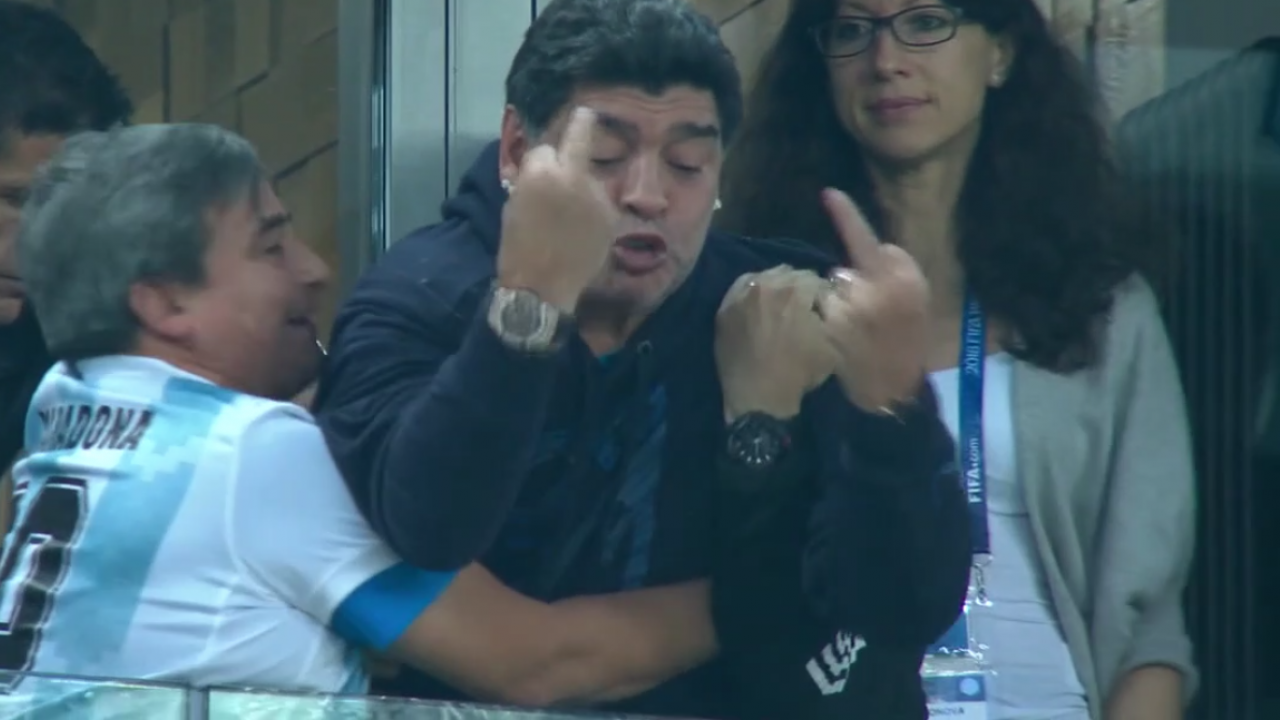 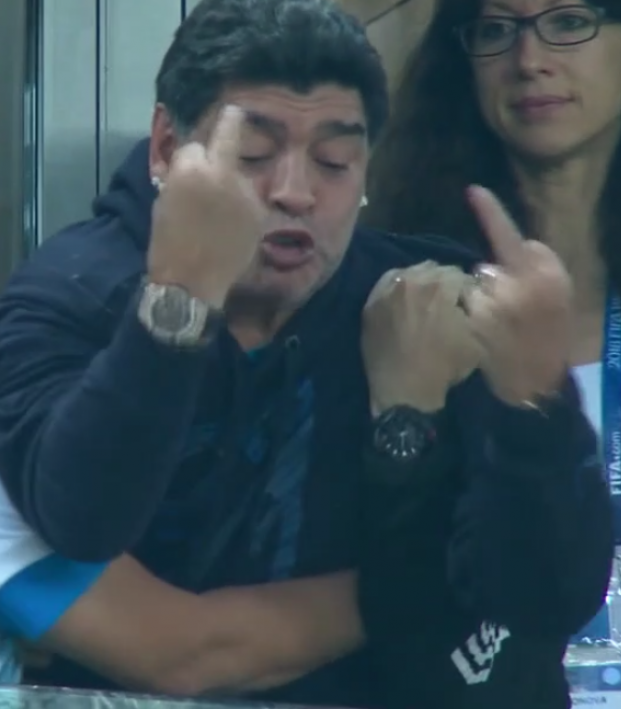 Diego Maradona is having himself one hell of a World Cup. And you know what? It might be just what Argentina needs.

Maradona lived and died with La Albiceleste on Tuesday. Facing elimination, Argentina survived with a 2-1 win over Nigeria thanks to an unlikely savior, though the scapegoat was the same as usual. It was just enough to see Argentina advance in second place in Group D, well behind Croatia, which put Iceland away 2-1.

Lionel Messi and company found a way to survive and advance despite all the nasty rumors of mutiny in the Argentina camp. The possible split between the players and manager Jorge Sampaoli has been the biggest off-field talking point during the 2018 World Cup and harkened back to France's collapse in 2010.

But Diego Maradona set out to change that on Tuesday. His wild antics may take the heat off Argentina more than an unconvincing win over Nigeria, a team La Albiceleste have now beaten by one goal in four of the last five World Cups.

How else do you explain the WTF-filled day he had in St. Petersburg?

Before the match even began, Maradona was in full flavor. He was dancing with Nigerian fans and posing like he was some sort of Russian Cristo Redentor.

Maradona's had some night  pic.twitter.com/IjJdLq5lMj

When the match started, Maradona was full into it. He was brought to climax by Messi scoring Argentina’s opener.

Perhaps it was all a bit too much for the 57-year-old. By halftime Diego Maradona could barely keep his eyes open.

Diego #Maradona looks to be getting a little sleepy up in the stands. #NGAARG #Argentina #ARG pic.twitter.com/SXyQVAKhGV

Fortunately, Maradona woke up in time to see Marcos Rojo’s winner in the 86th minute. And of course he celebrated with the class and grace one would expect from a World Cup winner.

Maradona is the best. pic.twitter.com/bFgTOUW33l

Ultimately, Argentina held on for the 2-1 victory it needed to advance. The whole thing was quite an ordeal and Maradona had to be helped out of the stadium.

Diego Maradona had to be carried out of the Saint Petersburg Stadium this evening#WorldCup pic.twitter.com/F8PmEg7xOw

Maradona was reportedly taken to the hospital after the match.

There are two possibilities from this sort of behavior. Occam’s Razor would suggest Maradona is doing what Maradona does: cocaine. This would explain his extreme highs and extreme lows. It's not the first time we’ve seen this from Maradona at this World Cup. During Argentina’s 1-1 draw with Iceland, Maradona was seen smoking a cigar in a smoke-free stadium, giving a racist gesture to South Korea fans and acting like someone who was enjoying some fine Russia cocaine.

Or, perhaps this is all an act.

Maybe Diego Maradona is just trying to take the headlines away from a tepid performance from Messi (aside from the goal, he couldn’t produce much). Like Jose Mourinho taking all the heat for whatever team he’s trying to coach, Maradona is trying to get the media to focus on him instead of the Argentine players.

We’re on to you Diego. We know you looked at this lineup and realized there was less talent in the midfield and defense than when you coached Argentina to a 4-0 defeat to Germany in the 2010 World Cup quarterfinals, so you conjured up this plan to be a distraction.

Let’s just hope it works — and you live to tell the tale.