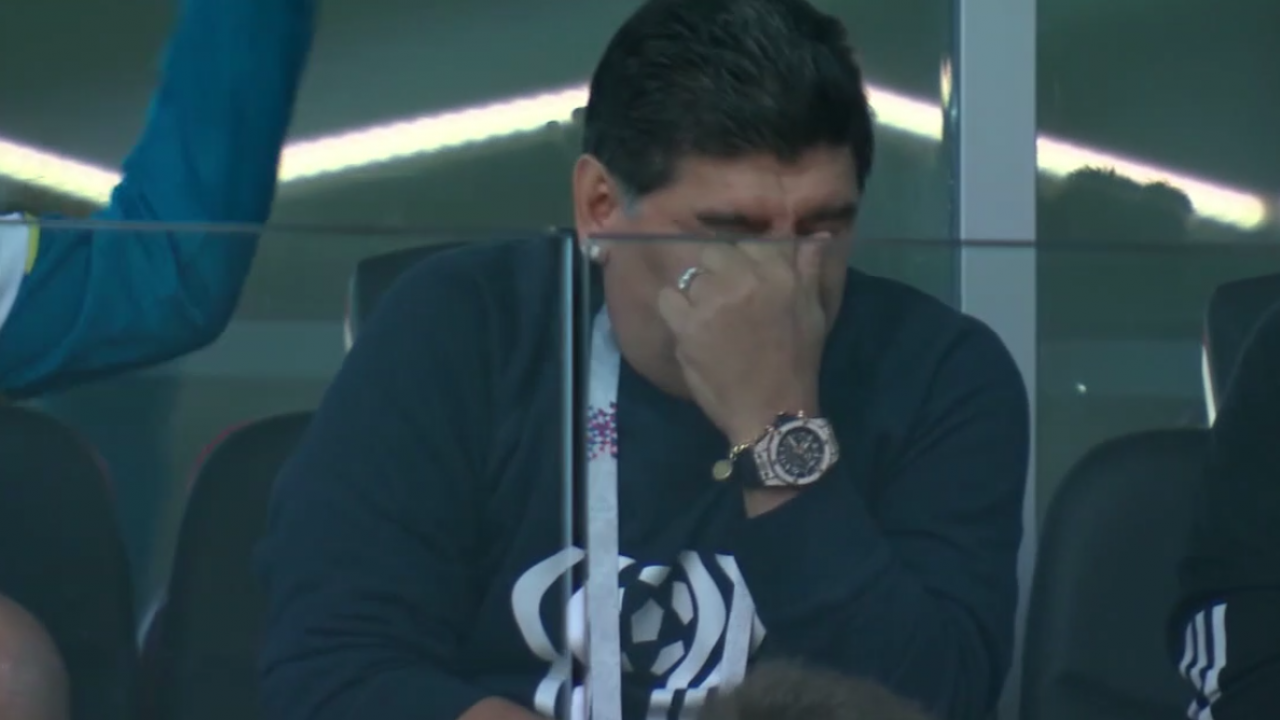 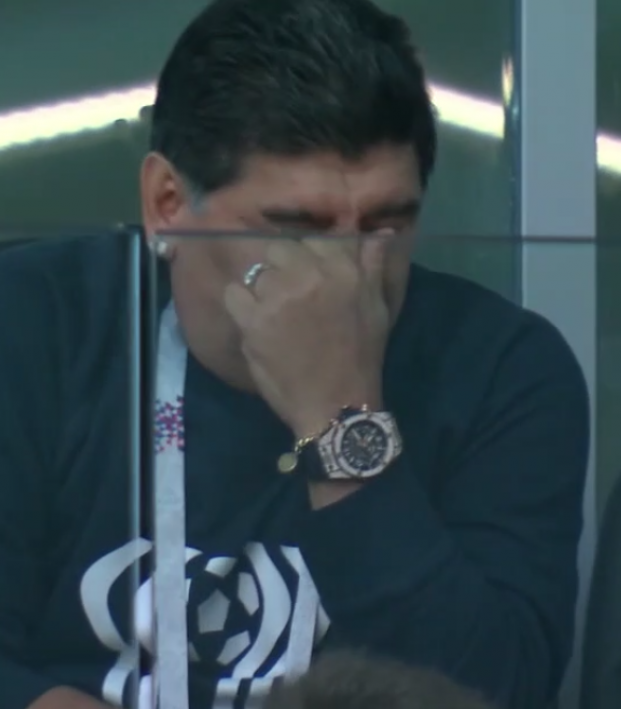 It’s not a World Cup without Diego Maradona. Whether he’s playing, coaching or just being himself on the sidelines, Maradona is such a massive character in the beautiful game he makes headlines wherever he goes. Diego Maradona at the 2018 World Cup is no different, and he clearly doesn’t give a f*ck about anything but himself.

It’s no surprise he’s been a prominent figure in the 2018 World Cup, showing up at the opening match between Russia and Saudi Arabia. He of course then attended the first match of his home country Argentina, a shocking 1-1 draw with tiny Iceland.

Maradona will loom large throughout the tournament as long as Argentina is involved, with Lionel Messi trying to overtake him as the nation’s best player of all time. But the man who has single-handedly won a World Cup for his team and been kicked out of a tournament for illegal drug use hasn’t exactly painted a great picture of himself this time around.

Maradona was fortunate to be a guest of honor at the Russia-Saudi Arabia match, Thursday’s World Cup opener.

Maradona dressed nicely for the occasion, but he wasn’t on his best behavior a couple days later when Argentina faced Iceland.

Diego Maradona has never been a big fan of rules. pic.twitter.com/YgogGoHqFH

In more relaxed clothing Maradona was in no mood to follow the rules. In addition to smoking a cigar, the FIFA feed caught him scratching his nose like he was, well, we don’t want to speculate, just watch for yourself.

I see Maradona hasn’t changed his habits then #FifaWorldCup2018 pic.twitter.com/BtQyEoWStA

As bad as smoking, drugs and breaking rules are, they were far from the worst of Maradona’s behavior. According to a BBC reporter, Maradona made a racist gesture toward South Korean fans.

Maradona not so cool now. Some South Korea fans just shouted “Diego” and he obliged with a smile, kiss and wave. Then pulled his eyes to the side in a clearly racist gesture. All of us who saw it are stunned.

Some things just never change. Maradona being the center of attention at the World Cup is one of those things. Forget the FIFA World Cup, this is the Diego Maradona 2018 World Cup.