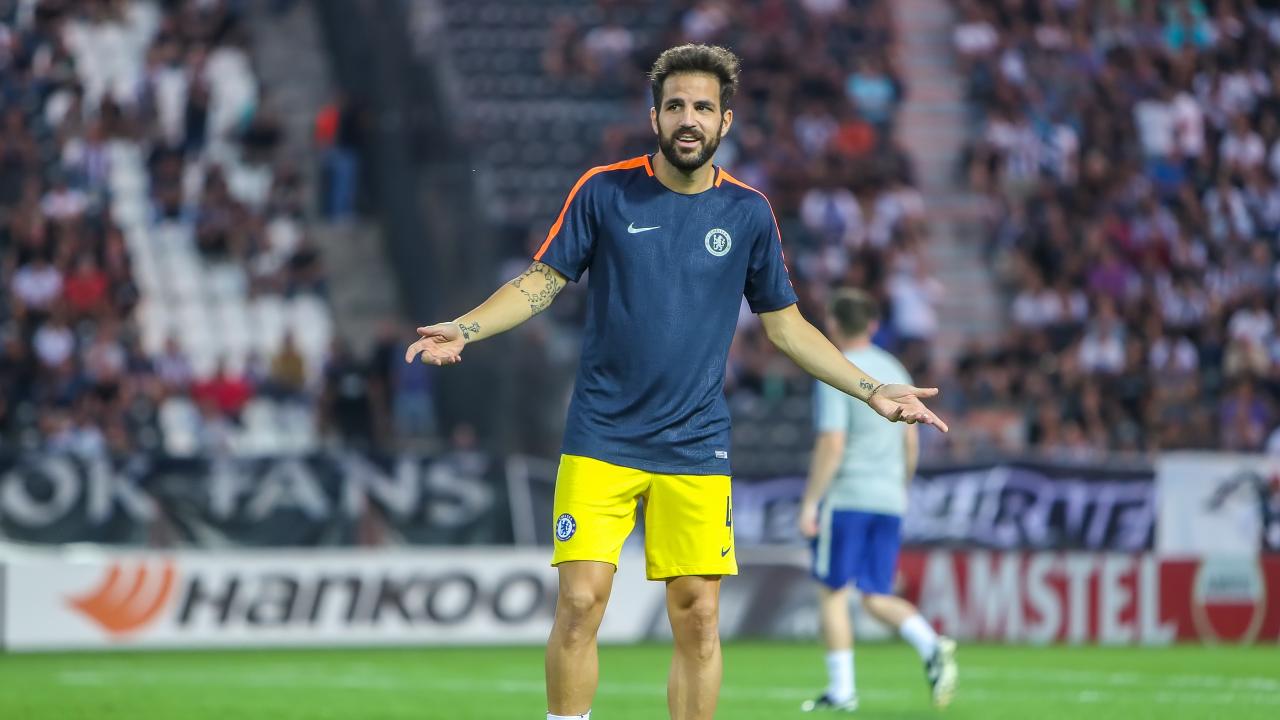 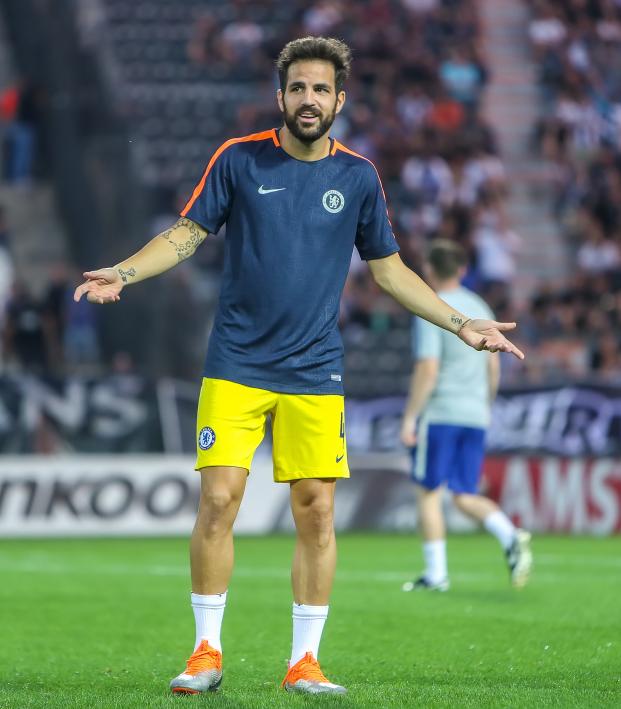 Is This Clever Chicanery Or Just Petty Cheating From Cesc Fàbregas?

There’s an old saying in sports that if you’re not cheating, you’re not trying. Chelsea midfielder Cesc Fàbregas is certainly trying, but is he cheating?

Fàbregas was a 64th-minute substitute against Everton on Sunday as the two teams battled to a scoreless draw. The point kept Chelsea unbeaten in its Premier League campaign but the fourth draw of the season (only Southampton has more) means the Blues are now four points off the pace of Manchester City and two behind Liverpool heading into the international break.

Not that Fàbregas and his teammates didn’t pull out some tricks to try to win.

During Sunday’s match, after a foul whistled on Everton, Fàbregas lined up alongside Eden Hazard to take a free kick. The referee used his foamy spray to mark the spot from which the kick should be taken and then walked away to march off 10 yards. As the ref is turned around, Fàbregas does this:

He moved the ref's spray before a free kick on Sunday. pic.twitter.com/h9IEWLNDjv

Some, like this unabashed Arsenal fan, immediately called this out as a disgusting form of cheating. But we’re not so quick to judge.

Referee sprays grass. Fabregas PICKS UP SPRAY and places it further forward to gain a yard at a free kick. Have you ever seen a more petty form of cheating? Desperate, cynical club. @ChelseaFC @premierleague @SkySports pic.twitter.com/AV9nQyl0yT

For starters, nowhere in the rulebook does it say a player cannot pick up and replace a piece of watery foam. But this is mostly semantics, as such an action would likely fall under rules of trying to deceive the referee.

Fàbregas only moves the ball up about a foot, about a ball’s length. It’s a minor move and if you were on the golf course you wouldn’t begrudge someone if he or she took a drop a foot closer to the pin — unless you’re a real pain in the ass to golf with, in which case, lighten up buddy.

Fàbregas is certainly deceiving the referee and his opponents, but no one can argue it’s worse than taking a dive in the box or throwing an elbow to a nose.

While we understand anyone who would want to call this out for not following the rules 100 percent, we enjoy some crafty creativity in our football and are willing to give Fàbregas a pass. Plus, it’s not like the maneuver resulted in a goal or anything.

Intelligence has always been a strong trait of Fàbregas. The former Barcelona and Arsenal player has outstanding technical ability and he makes up for a lack of physicality with impressive tactical acumen. It’s how he was able to win a race against both Willian and Pedro.

Of course, this isn’t the first time a player has tried to move the referee’s foam spray. David Luiz did it while he was with Paris Saint-Germain — against Chelsea no less, with Fàbregas on the pitch.

If we’re being honest, Fàbregas did it much better, though David Luiz had much more foam to deal with. We’d love to know what Zlatan Ibrahimovic thought of the whole thing. Did he tell David Luiz to do it or did he look at him in disdain for doing it?

And of course none of this is new to anyone who has ever seen the non-hotshots in Concacaf play year after year. Fàbregas would fit right in on a hot, rainy night in Couva.

So what do you think? Did Cesc Fabregas cheat? Or was he just doing everything he can to help his team win?