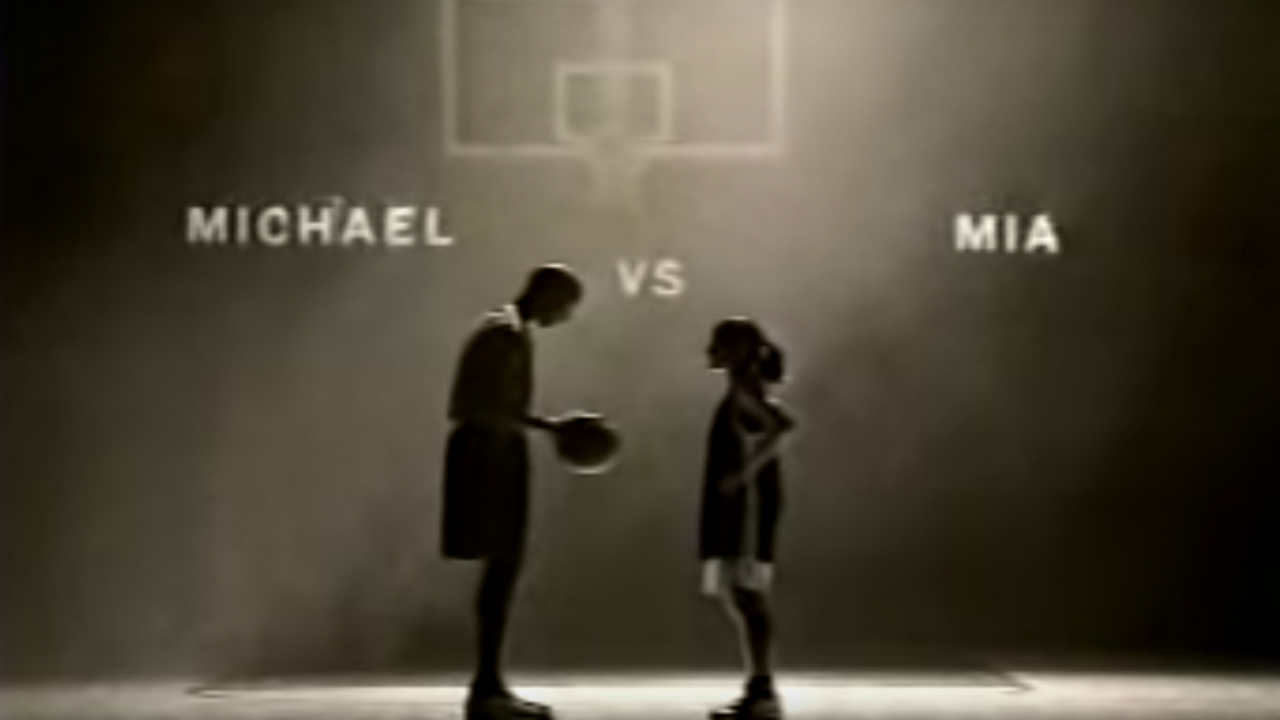 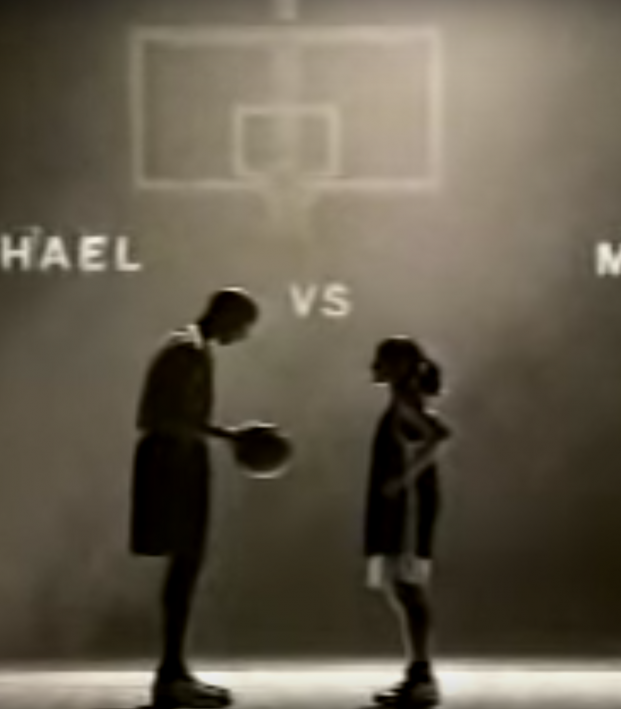 The 18 Best Mia Hamm Commercials Of All Time

At her height, Mia Hamm was one of the most popular athletes in the United States. Her goal scoring (and sometimes shot stopping) abilities were matched only by her charisma off the pitch, so it was no surprise countless companies flocked to the face of soccer in the U.S. for their own Mia Hamm commercials.

From Gatorade to Barbie, Hamm appeared in dozens of commercials, promoting her own brand (and women’s soccer in general) alongside the actual products being advertised.

Throughout her career (and after), Hamm endorsed the likes of Gatorade, Nike, Pepsi, Nabisco, Powerbar, Dreyer’s ice cream and was on the cover of the Wheaties box in 1999. She even had her own video game, “Mia Hamm Soccer 64” (more on that below).

Hamm was the Peyton Manning or Michael Jordan of endorsements, almost as well known for her TV ads as for her sporting ability (almost).

Which Mia Hamm commercials were the best? Which were the most cringeworthy? We here at The18 have done the hard work of ranking our favorite 18 advertisements featuring one of the greatest U.S. soccer players of all time, from the bad to the less bad to the pretty decent.

18. Mia Is A Professional Socer Mom

Even long after Hamm’s playing days, she’s been a regular in commercials, her popularity only slightly waning.

That said, despite this being one of her later commercials, Hamm’s performance in this one was pretty bad. She didn’t seem to put her full heart into it like she did with many of the others on this list.

One of the few car commercials featuring Hamm, this one really just has a reference to Hamm’s success as a footballer and then makes a weird jump to its own cars.

There’s not really much to it and Hamm doesn’t actually make an appearance other than in old still photos.

This commercial is pretty cringe-worthy, trying to compare shopping to a sport.

It’s definitely one of the worst ads Hamm has appeared in, as she was forced to read awful lines such as: “If you can’t celebrate finding a leopard print bag on sale at Kohl’s, what can you celebrate?”

Vince Carter, Derek Jeter and Mia Hamm all in one commercial? What a coup for Gatorade!

This 2002 commercial is pretty generic sports advertising: Get a semi-hip song going, show athletes playing their sport in random locations (here a hotel hallway and apartment stairwell) and then occasionally show them using the product.

One thing I’ll never understand: Why do sports drinks creators think we want to see their beverage dripping down the side of a star athlete’s face while they drink? I’m pretty sure these guys know how to drink without spilling all over themselves. Well, maybe not Vince Carter.

This is such a typical 90s commercial it’s hard to watch it and not think back to old episodes of “Legends of the Hidden Temple.”

The moral of the ad is that if you play soccer, you should use a two-in-one shampoo to save time and get back out there to sign autographs for your young fans. Are you listening, Lionel Messi?

Mia isn’t the focus of this commercial, just one of many notable female athletes who step up to a large megaphone to let their voices be heard saying women’s sports are every bit as meaningful as men’s sports.

It’s one of a long line of Nike ads devoted to promoting its women’s line of athletic wear.

We’re still not sure what exactly G is, but this Gatorade commercial includes a huge number of notable athletes, from Tiger Woods to Usain Bolt, plus the usual suspects of Peyton Manning and Michael Jordan.

This is another one of those face-in-a-crowd commercials for Hamm, but it’s always nice when American companies notice soccer.

This Gatorade commercial plays out like a dang horror film, complete with a scary soundtrack, ear-piercing sound effects and quick cuts like when the scary monster is pouncing for attack.

I guess Mia Hamm is the monster? She was pretty scary for opposing defenses.

This commercial, released in 1997, is pretty simple and modest. It’s just Mia Hamm talking about how soccer taught her how to express herself, including celebrating a goal by going crazy.

Along with occasional text to show how accomplished Hamm was even in 1997, the commercial includes some random videos of her doing some soccer on a pitch.

It doesn’t seem too much effort was put into this commercial, but hey, it’s women’s soccer in the ‘90s, what do you expect?

Forgive the crap quality of this video, but this Gatorade advertisement is a nice little tribute to one of U.S. Soccer’s greatest players.

8. Every Day Is Your Day

The newest of Hamm’s commercials, this Gatorade ad was released in 2019, just before the 2019 Women’s World Cup.

Featuring Mal Pugh, who would go on to help the USWNT win the 2019 Women’s World Cup, we love the use of Dr. Suess’ “Oh, The Places You’ll Go.”

This poignant Nike commercial has a strong message to American broadcasters. In it, Mia Hamm plays soccer in an empty stadium as an ominous voice-over says the U.S. didn’t see the world’s best football player win a World Cup or Olympic gold medal because she’s not seen as good for ratings.

The message is clear: TV executives may not think the USWNT is worth showing on TV, but Nike does. So buy some Nike gear and stick it to the man.

In a Toy Story-esque animated commercial from around 2001, Mia Hamm, Peyton Manning, Vince Carter and Derek Jeter are toys come to life. Instead of using their newfound reanimation to escape their prison, they instead decide to play some foosball.

Peyton commits an egregious hand ball, Jeter hits a monkey and Carter doesn’t really do much, but Hamm wins the game with a great scissor kick.

Hamm joins a star-studded cast for this Gatorade commercial alongside MJ, Peyton and some guy named Mark Martin, who probably did something at some point.

Michael Jordan is the warehouse leader in this commercial, which promises fans a chance to win Gatorade delivered by someone like Hamm or Manning. However, the NFL quarterback doesn’t seem too adept at making deliveries, so hopefully you got your Gatorade from Hamm, lest it all ends up quenching the thirst of a nearby highway.

While EA Sports’ FIFA likes to pat itself on the back for adding women to its video game in the last couple years, "Mia Hamm Soccer 64" was way ahead of its time with this title for the N64 and GameBoy Color.

Although the game was literally just "Michael Owen’s WLS 2000" with a reskin, it sold fairly well, probably because this commercial has such a catchy tune.

“Use your head and feet if you want to compete! Woo!”

A promotion for the Women’s World Cup, Mia Hamm and some teammates are in a dentist’s office waiting for Brandi Chastain. When Chastain comes out with the dentist and reveals she had two fillings, Hamm says she too will have two fillings. Her teammates follow suit and soon the entire office is going to have two fillings.

Mia Hamm is a Barbie girl living in a Barbie world. Or something.

Looking to capitalize on the success of soccer — especially women’s soccer — Mattel created a soccer-playing Barbie with legs that kick, shin guards to take off and teammates to ignore.

The commercial is absolutely fascinated. In it, Hamm is labeled as a “power forward” as if she’s Tim Duncan. After being introduced in this new position, Hamm just destroys the little girls in the commercial with some devastating moves.

But it gets really weird at the end.

For some reason, the girls and Mia head to a local pizza joint to enjoy some hard-earned lunch. While the young ladies both drink a dark-looking soda (hopefully Coke or Dr. Pepper but probably Pepsi), Hamm is drinking what appears to be a mimosa.

You earned it girl. Drink up.

1. Anything You Can Do I Can Do Better

When it comes to commercial endorsements, Michael Jordan is the absolute king. The NBA legend’s life revolved around two things: basketball and endorsements. Once asked why he never dives into politics, MJ responded by saying: Republicans buy sneakers too.

So to appear in a commercial one-on-one with Michael Jordan, one of the most popular athletes in the history of sports, showed just how big Mia Hamm was.

In this Gatorade commercial, Mia and Michael go back and forth competing against each other in various competitions. It starts with MJ dribbling a basketball around Hamm before Mia does a step-over move to rip a shot past Michael. Then it devolves in to countless sports from normal (tennis, track) to abnormal (fencing, judo).

Props to Hamm for not being afraid to cheat during the track portion. This may have been a commercial, but she still wanted to win.