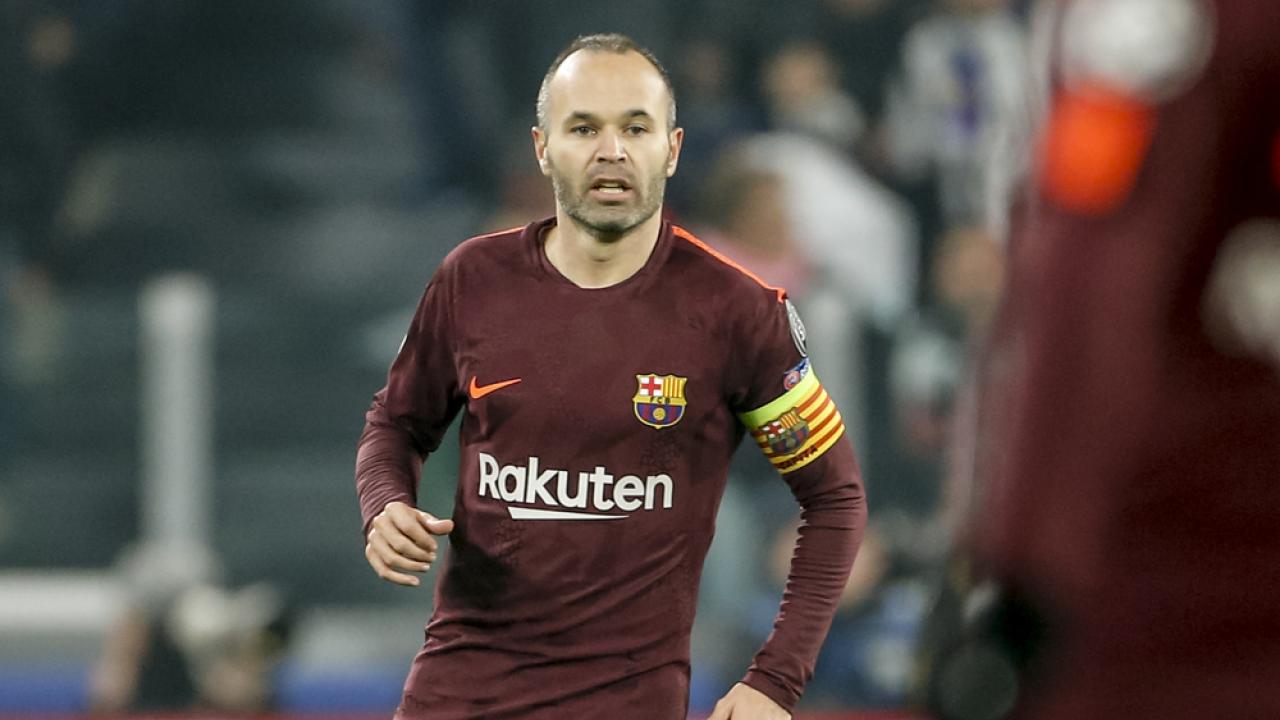 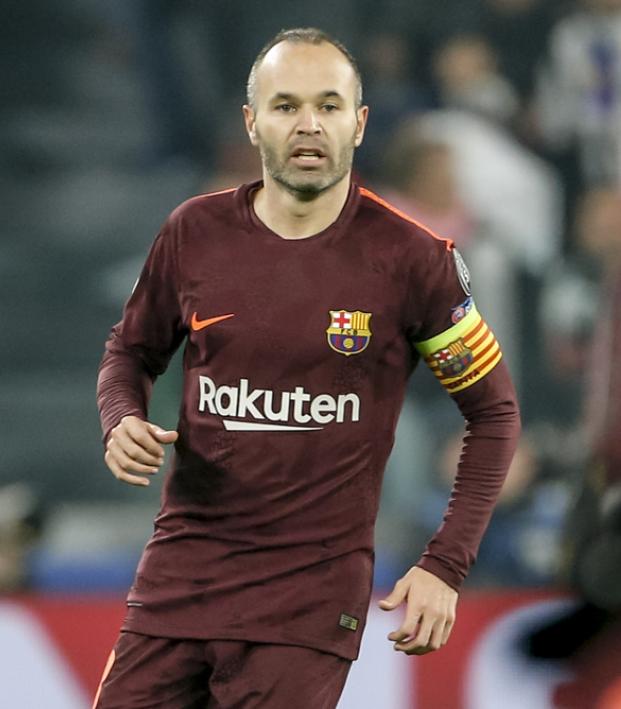 Iniesta Is Taking His Talents To Japan, Joining These Legenday J League Imports

Andres Iniesta has made his next move official, signing with J1 League side Vissel Kobe. He's undoubtedly one of the J League's greatest imports, so in his honor, we've decided to assemble a list of the 18 best foreign players in J League history.

We begin the list of the best foreign players in J League history with the J League's first significant import. Following a prolific European career that included successful stints with Barcelona and Tottenham, Lineker played for Nagoya Grampus Eight during the J League's first two seasons. Liniker won the Golden Boot at the 1986 World Cup and never received a yellow or red card during his entire professional career.

Zico scored 48 goals as an attacking midfielder for Brazil, and Pele considered him to be his closest contemporary. Save for a two-season stint with Serie A side Udinese, Zico played his entire professional career with Brazilian side Flamengo. That is, until he came out of retirement to help small market club Kashima Antlers qualify for the inaugural J League season. His success in Kashima earned him the nickname "God of Football" in Japan.

Forlan won the Golden Ball at the 2010 World Cup at the age of 31, leading Uruguay to a fourth place finish. Since that tournament he's played in Italy, Brazil, Japan, India, Hong Kong and back home in Uruguay. He spent his two seasons in Japan with Cerezo Osaka.

The hot-tempered Stoichkov was one of the best players in the world during the early nineties. He won the Ballon d'Or in 1994 playing for Barcelona and led Bulgaria to a fourth place finish in the World Cup that same year. Stoichkov spent the 1998-99 season in the J League, during which he bagged 12 goals for Kashiwa Reysol.

Laudrup was Stoichkov's teammate on Johan Cruyff's Barcelona Dream Team of the early nineties. Considered the greatest Danish footballer of all-time, Laudrup led Denmark to the quarterfinals of the 1998 World Cup before retiring from the game. He spent his lone season in Japan helping Vissel Kobe win promotion from the J.2 League to the top flight.

Shortly after Dunga captained Brazil to its 1994 World Cup Final win against Italy, he made the move to J League side Jubilo Iwata. He won league MVP honors in 1997 after leading Jubilo Iwata to the J League title that season.

Schillaci teamed up with Dunga on Jubilo Iwata, scoring 56 goals in 78 games with the club. The Palermo native spent the first half of his professional career playing for Sicilian Serie B club Messina. Schillaci moved to Juventus in 1989 and featured for Italy in its run to the semifinals of the 1990 World Cup.

Before achieving Champions League glory with Manchester United, Park developed his skills with J League side Kyoto Purple Sanga. Shortly after leading South Korea to a fourth place finish in the 2002 World Cup, Park made the move to Europe, beginning his career there with PSV Eindhoven. Sir Alex Ferguson scooped Park up after managing against him in a Champions League fixture, and the South Korean went on to score 19 goals in 134 appearances for the Red Devils.

Perhaps no person was happier upon hearing the news that Iniesta would sign for Vissel Kobe than Podolski. The Polish striker scored eight goals during his first season with the club, but he'll now certainly have more opportunities in front of goal with Iniesta in the fold. Podolski and Iniesta will look to improve upon Vissel Kobe's ninth-place finish and secure AFC Champions League qualification.

Hulk spent his late teen years playing mostly in the J2 League, on loan from Kawasaki Frontale. As he grew into his frame, Hulk garnered attention from Europe and eventually signed with Porto in 2008. During his time in Portugal he won a Europa League title and began his career with the Brazil National Team. Hulk is now back in Asia playing for Shanghai SIPG of the Chinese Super League.

If we were ranking the best foreign players in J League history based on their career in Japan, Stojkovic would be at the top of the list. He was named to the J League Best XI three times and earned MVP honors for Nagoya Grampus Eight in 1995. During his first few seasons with the club he played under relatively unknown French manager Arsene Wenger.

Leonardo is infamously known for elbowing USMNT midfielder Tab Ramos in the head during the 1994 World Cup. Ramos needed three months to recover in a hosptial, and Leonardo received a four-game suspension that effectively ended his tournament. Following the World Cup the Brazilian moved to Japan, where he spent two seasons playing alongside countrymate Zico for the Kashima Antlers. He is currently the director of football for Paris Saint-Germain.

After a successful career in the Bundesliga with Bayern Munich and Bayer Leverkusen, Jorginho moved to Japan in his early thirties. He played four seasons for the Kashima Antlers, where he won the league title and MVP honors in 1996. Jorginho played right back in all of Brazil's matches during its 1994 World Cup triumph.

Buchwald spent 11 seasons as a defender for VfB Stuttgart in the Bundesliga, bookending his time there with league titles in 1984 and 1992. His goal against Leverkusen with six minutes to play on the final match day in 1992 gave Stuttgart the title. He was a member of West Germany's 1990 World Cup winning team, and he didn't slow down much during his twilight years in Japan. Buchwald was named to the J League Best XI in 1995 and 1996 as a defender for the Urawa Red Diamonds.

Littbarski was Buchwald's teammate on West Germany's 1990 World Cup winning team. He spent the majority of his professional career with FC Cologne in the Bundesliga before moving to J League club JEF United Ichihara. He later went on to manage in the J League for Yokohama FC and Avispa Fukuoka.

Ljungberg played as a winger on Arsenal's Invicible team during the 2003-04 season, and in total scored 46 goals in 216 appearances with the North London club. After playing a couple of seasons in MLS, Ljungberg had a brief stint with Shimizu S-Pulse of the J League.

Mboma was a key member of Cameroon's gold medal winning team at the 2000 Olympics. He spent the first five seasons of his professional career in France before moving to J League club Gamba Osaka. He won the golden boot in his only season there, scoring 29 goals in 34 games. Mboma finished his career playing for Iniesta's future club, Vissel Kobe.

Although Diaz played on Argentina's 1982 World Cup team, he is perhaps best known for his tenure as manager of Primera Division club River Plate. He won five league titles during his first stint at the helm. Diaz finished his playing career with the Yokohama Marinos of the J League, where he scored 52 goals in 75 games.

Once Andres Iniesta makes his debut with Vissel Kobe, he will jump to the top of the list of the best foreign players in J League history. Although his decision to move to the J League surprised some, he joins a formidable group of players who have called the J League home.