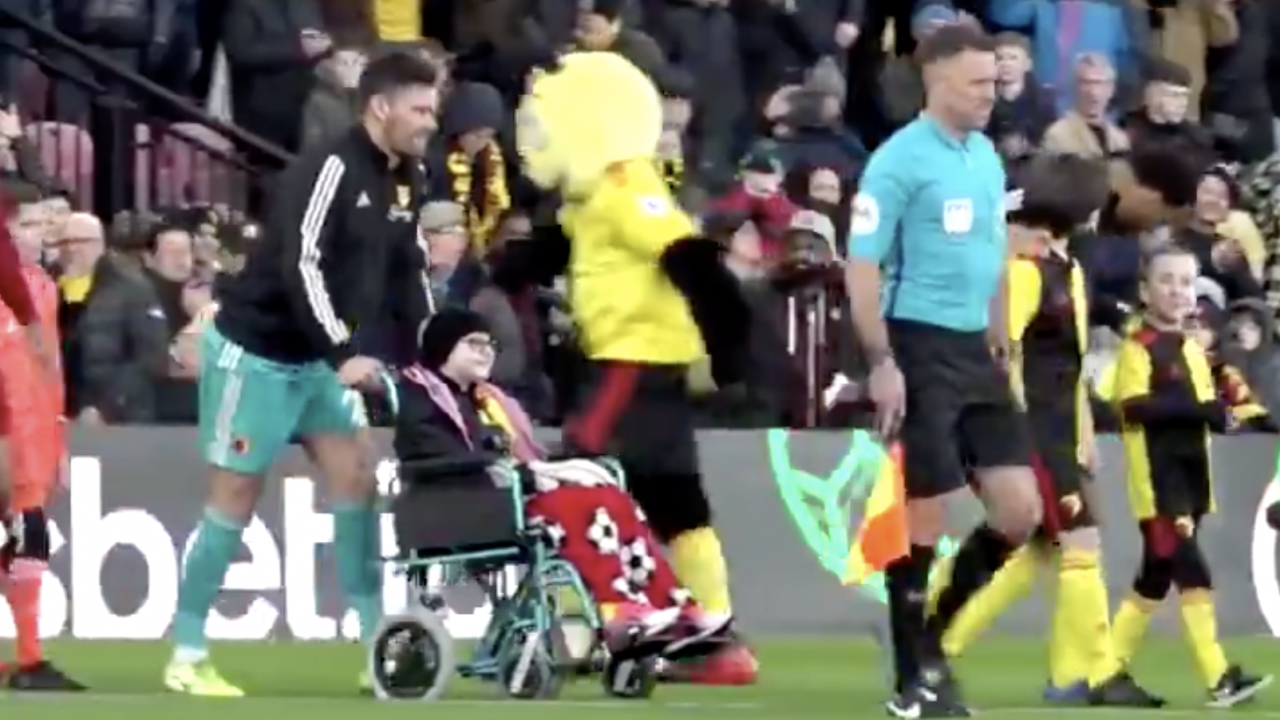 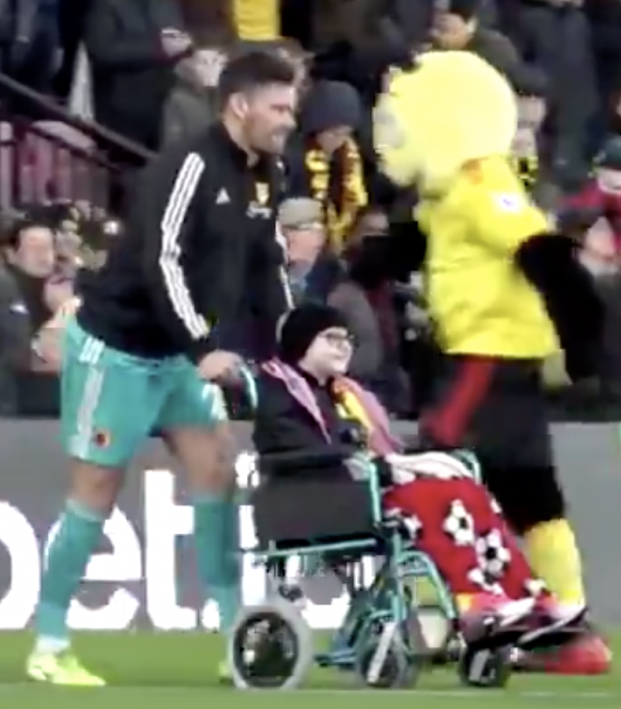 In December, Ben Foster made a promise to 12-year-old Molly Hall that he was going to have her be one of the kid mascots for Watford when it hosted Liverpool. He kept that promise.

Molly has leukemia and gets around in a wheel chair, but that wasn’t going to stop Foster and Molly from coming out of the tunnel before kickoff. They even had a little joke about leaving tire marks on the pitch.

Make sure spare tissues are nearby for this amazing video showing the side of football we all simply love.

@BenFoster just proves time and time again why he is the nicest man in football.

He kept his promise to 12-year-old Molly Hall and gave her a day she will never forget...#WATLIV pic.twitter.com/U6apwpUYY0

After Watford’s shocking 3-0 victory against the previously undefeated Liverpool, Foster exchanged jerseys with Reds' goalkeeper Alisson Becker. That night Foster tweeted out he is auctioning off arguably the best goalkeeper in the world's jersey to raise money for leukemia.

So the legend that is @alissonbecker has given me his shirt from the game on Saturday night to raise funds for @cureleukaemia again The highest bidder will get the shirt so anybody seriously interested get in touch on Instagram or in the replies on here pic.twitter.com/DTXKPnfu99

Foster truly is one of the nicest and most pure guys in all of football.

Days after the match, Molly was interviewed on BBC Breakfast where she said the moment was “one of the best days ever.”

"One of the best days ever"
12 year old Molly has Leukaemia and uses a wheelchair. She went viral at the weekend when she became the @WatfordFC mascot when they beat Liverpool 3-0.
Molly tells #BBCBreakfast what it was like going out onto the pitch pic.twitter.com/qrNUnKeQwg

Sometimes the most beautiful moments of this game are seen off the pitch, rather than on it.