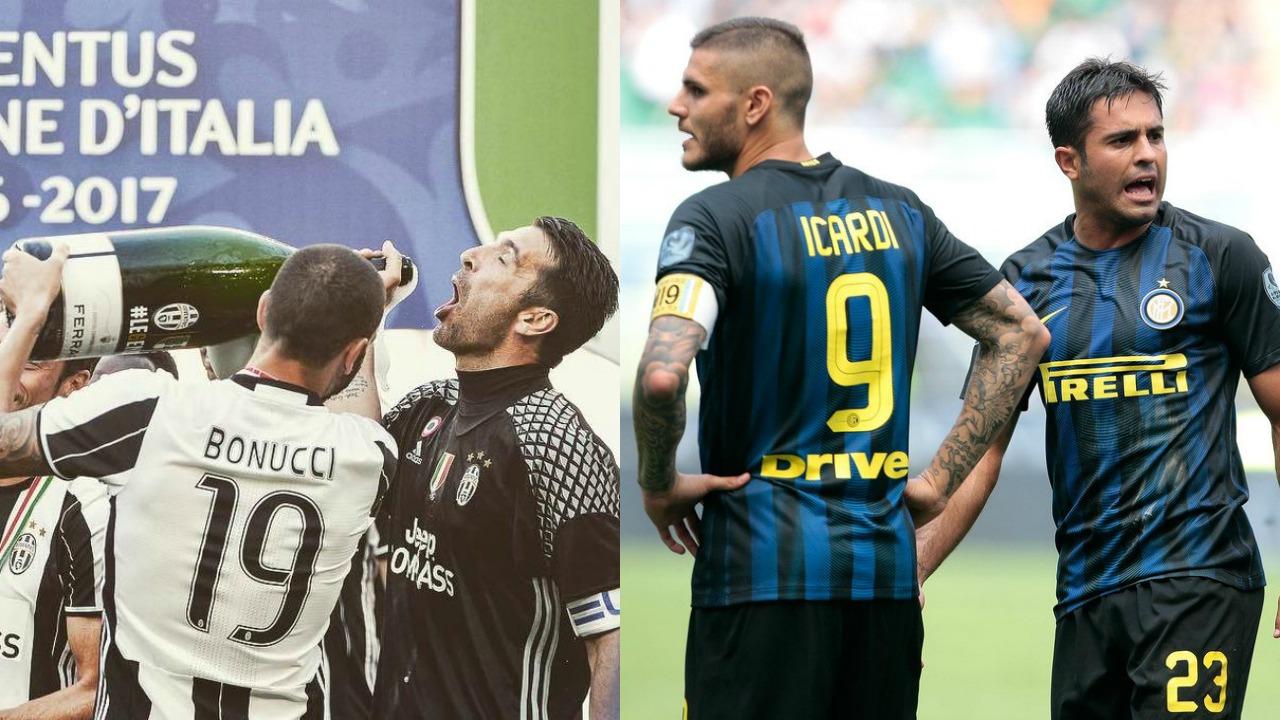 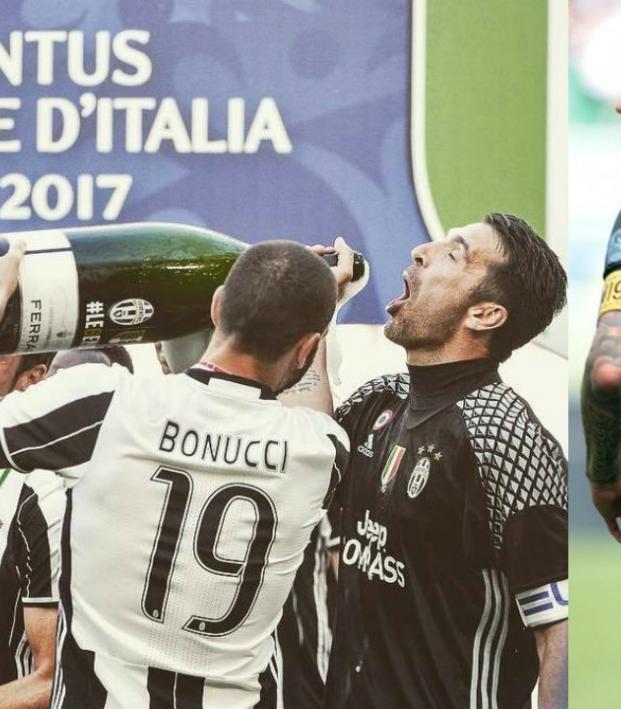 Who Impressed And Who Failed Miserably In Serie A This Season?

This week, most people will be reading, talking and writing about Francesco Totti, who has now retired after playing his final game for Roma. But while everyone’s focused on Totti, let’s consider the rest of the season, indulging in one of the favorite pastimes of the calcio connoisseur: going over every detail of the previous 38 matches and putting people and teams in ranked lists.

There will be plenty of time to dissect Totti’s career in the future. Right now, we need to think about who has really impressed us this season and (more importantly) who has failed to impress.

Starting with third place and working our way up to first, let’s start with the positives. 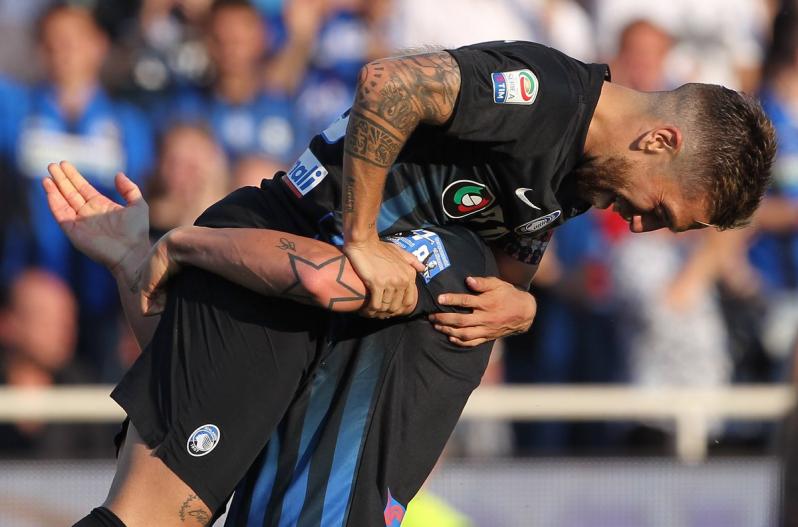 In seasons past, Atalanta’s fourth place finish would be enough to win them qualification for the Champions League. That’s clearly not on the cards this season, but that should do nothing to diminish Atalanta’s efforts. Finishing ahead of Inter, Milan, Lazio and Fiorentina is impressive. Even finishing ahead of the much-lauded Torino is impressive.

Atalanta have played bright, positive football helped in no small part by their excellent youth academy. Prospects like Roberto Gagliardini and Franck Kessié lit up the league. Even when the former moved to Inter in the winter window, Atalanta took the transfer in stride.

Attacker Papu Gómez, at the age of 29, has provided a level-headed veteran authority, and the manager - Gian Piero Gasperini – supposedly has a contract for life with the club. Much more than just a lucky finish, Atalanta’s work over 38 games has been buoyed by teamwork, good coaching and great squad management. 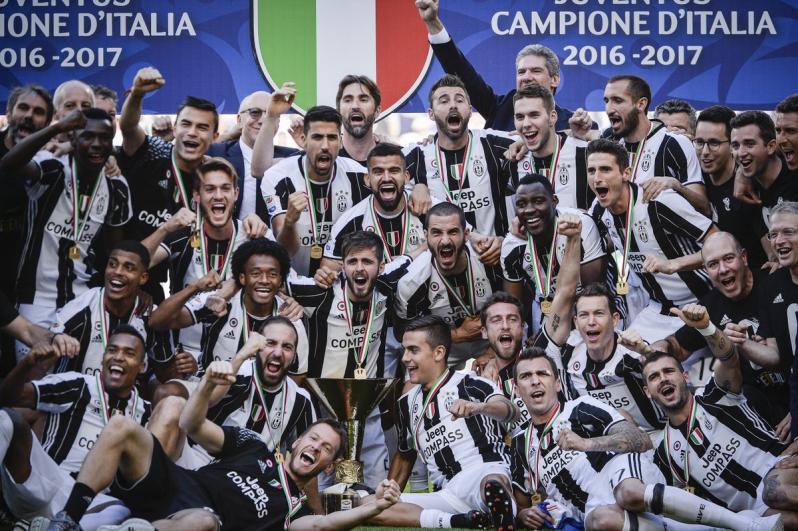 Well, it’s Juventus. When they went out this summer and spent all their Pogba money at once, we knew they’d be lifting the trophy. In truth, Roma have run them far closer than anyone expected. But this Juventus side handled the season with aplomb. They’ve been focused, determined, and deserved winners.

But it was all so expected. It’s impressive in a historical sense but this championship title has been on the cards for a year. It’ll look good in the record books, certainly. Juventus won the title but were – strangely enough – possibly too good to get the top spot in this list. They were impressive but we already expect so much from them.

Crotone coach Davide Nicola: "I promised I’d cycle from Crotone to Turin [if Crotone stayed up] and I am prepared to do anything."

On the other hand, no one expected anything from Crotone. Not last summer, when the club were about to begin their first ever season in Serie A. Not a few weeks in, when they began their long stay in the relegation zone. Not when Lazio – their opponents in the final fixture – began to hit top gear and started putting four, five or six goals past opponents. Not when they lost to Juventus, a battling performance at the J Stadium which seemed to hand Empoli the prerogative. Perhaps not even at half time on the final day. Who dared to believe?

Crotone had been rubbish all season. Rubbish right up until around April. Unlike most clubs, they decided not to sack their manager. They stuck with Davide Nicola through the worst of it and the decision paid off. By the time they faced Lazio, they’d already beaten Inter and Sampdoria. Averaged out over the course of a season, Crotone’s points per game since April is close to title-winning form.

Yet what had seemed like an impossible task was still seemingly impossible going into the final round of fixtures. But they managed to beat Lazio 3-1 just as Empoli contrived to lose their game. Crotone stayed up by a single point.

So, while Juventus might have won the title at a canter, Crotone’s miraculous run is, without a doubt, the most impressive part of this Serie A season.

And now, we move on to the negatives. Plenty of sides will have regrets about this season. But, in ascending order, the least impressive teams in Serie A have been: 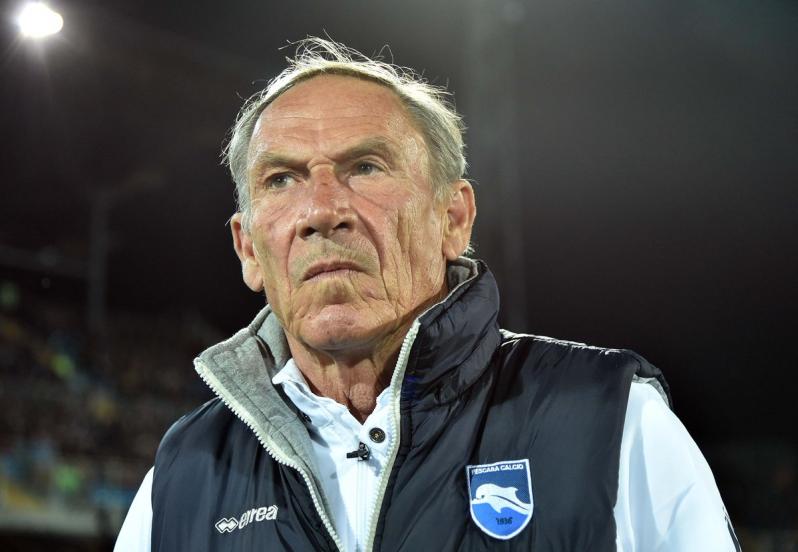 People like Pescara. They’ve got a great club crest, the city itself is pleasant and right on the seaside (not too northern, not too southern) and – in recent years – they’ve provided the Italian national team with some of its best players, including Lorenzo Insigne, Marco Verratti and Ciro Immobile. People like Pescara.

But it’s hard to look beyond a team who’ve only managed to rack up 18 points this season. Much like Juventus’ casual victory, we knew this was coming. They didn’t have much in the way of firepower and they possessed very little cash to spend. By Christmas, things were looking especially appalling and people were prepared to write off Pescara as one of the worst Serie A sides in the modern era. But then they did something to redeem themselves.

They hired Zdeněk Zeman. This is how you handle a proper final roll of the dice. If you’re going to go out, go out in style. Go out with all guns blazing. Go out, get Zeman, get some more guns and then get anything else that’ll make any sort of loud noise and let it all happen in one mad, crazy, crash, bang, wallop of a relegation battle. People like Pescara and people like Zeman.

Obviously, the Zemanlandia relaunch didn’t work. Pescara at least managed to win a few games, however. Pescara have been terrible this season. But they did manage to bring back the Zeman nostalgia, so they won’t rise any hire than third in this list. 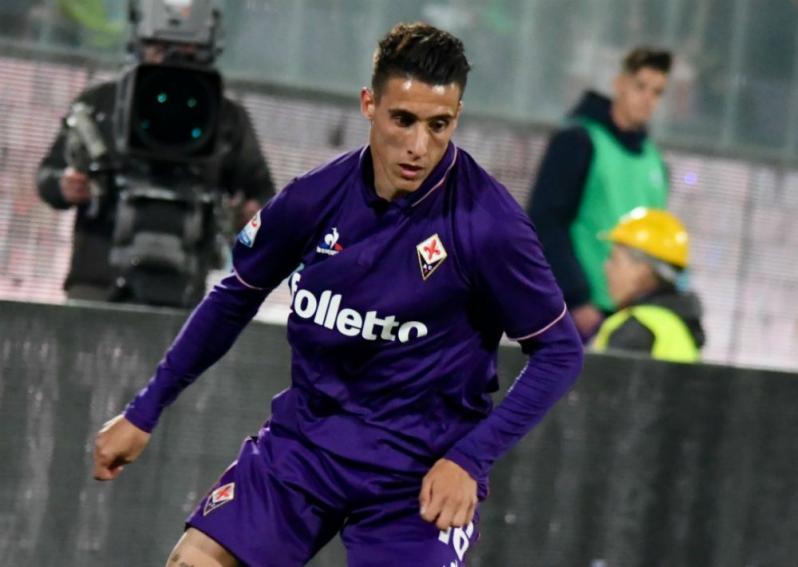 Did anyone really know what to expect from Fiorentina this season? Last year, in Paulo Sousa’s first year, they managed to race into an early lead and occupy top spot in Serie A for longer than anyone expected. Then the rot set in. After a summer of underinvestment, questions over the owners and a constant push-and-pull between Fiorentina’s best players and seemingly every other club, expectations were already low.

But Fiorentina have not just been disappointing, they’ve committed a far more egregious sin. They’ve been boring. Dull. Uninspired. At times, watching Sousa’s side has been like a kind of elaborate torture device. Locked away in a dark room, watching Cristian Tello mindlessly running down the wing and mindlessly cross the ball into an empty box. Forever and ever and ever. Sisyphus has got nothing on Sousa’s tactics.

There were bright spots. The two Federicos, Bernadeschi and Chiesa, have been excellent. Only intermittently, however. They’ve often been suffocated by the management. It’s telling that the former is constantly linked with a move away, while the latter managed to get himself sent off on the final day of the season, a desperately dull draw against Pescara.

What’s more, the club’s best center back and captain – Gonzalo Rodriguez – has been essentially exiled from Florence. There’s still no answers regarding the ownership of the club and they finished in 8th place. It’s been a desperately dull season for Fiorentina. 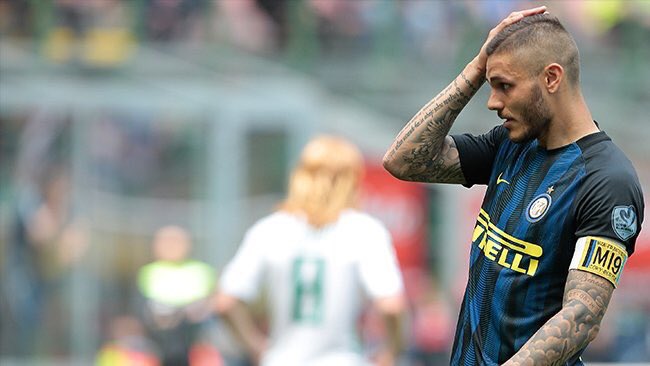 Picking on Internazionale is – quite often – too easy. Sometimes, when discussing the ridiculous things which happen to Inter, it’s worth pausing for a moment and wondering whether there is any point to it all. Right now, the club is ambling around from one ridiculous situation to the next. It’s equal parts hilarious and tragic. But this season, they’ve managed to outdo themselves.

Let’s start with the transfers. Inter bought some excellent players. Joao Mario and Ever Banega were excellent acquisitions. But they both play in the same part of the pitch – playing them together seems impossible. What’s more, they spent so much money that many of these transfers were excluded from European competition. Furthermore, Inter did nothing to rectify their wretched full back situation. The team building at the club is carried out without any ethos or common sense.

And then there’s the managers. First there was Roberto Mancini, sacked two weeks before the start of the season. In came Frank de Boer, with a raft of new (and variously useless) transfers thrust into his lap. His management style is nothing like Mancini’s, his work at Ajax nothing akin to what was expected of him at Inter. He got the boot halfway through the season.

Then came Stefano Pioli, a bang average Italian manager who is more used to putting out fires than putting together a long-term plan. Pioli managed a few decent results and – just when it seemed the ship had been steadied – everything collapsed once again. Inter went on a run of form so rotten that Pioli was sacked with a few games to spare, no one wanting to see what kind of fresh horrors he could inflict in the final games of the season.

Stefano Vecchi, Inter’s go-to caretaker manager, has seen out the season. He managed some decent results but he’ll be replaced in the summer. And the cycle will repeat and repeat and repeat.

At the start of every season, people put forward Inter as the dark horses, the team who might challenge Juventus for the top spot. Their transfers, people say, seem good. Their manager, people reason, has pedigree. Their history, people assure us, places Inter as a winning club, a team entitled to be at the top of the table. And then the season starts.

To place Inter at the top of this list – labelling them the least impressive club – seems harsh. It’s almost like buyer’s remorse. We should have known. Perhaps these new owners would do things differently, we thought. But no. Here we are again. Inter, as always, have managed to let us down in a fascinating, hilarious and almost-pitiable fashion. One day, Inter will be good again. Judging on this season’s performance, we might have to wait a long, long, long time indeed.