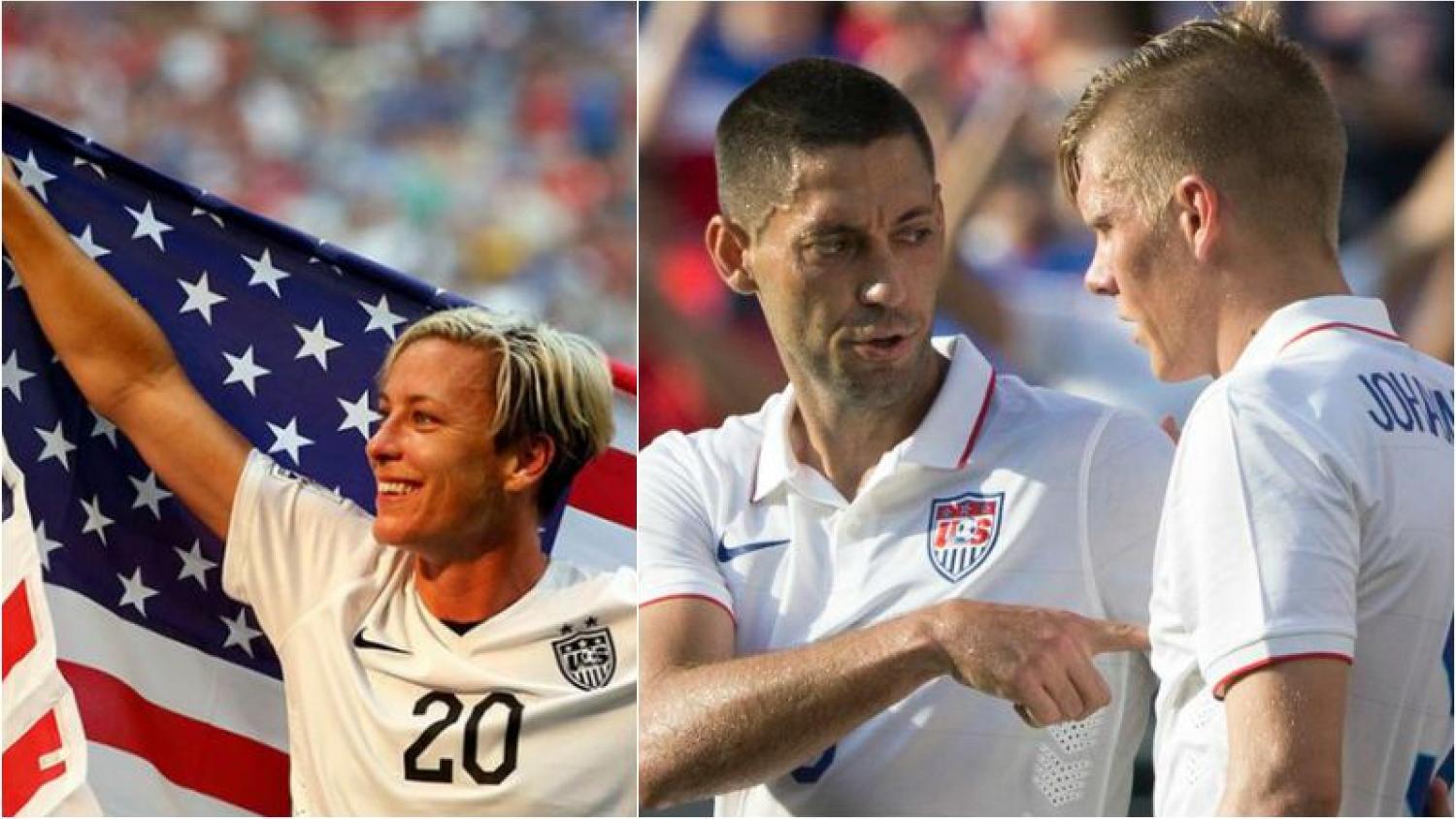 While some of these schools are definitely not a surprise, who would guess a player from Chico State or Monmouth could get noticed for national team play? See if you can identify some of these other obscure universities in the mix.
@SoundersFC | @OrlandoCitySC

Collegiate soccer programs began to truly emerge sometime in the 1980s. For women, the passage of Title IX opened up opportunities for female athletes that were only available to men playing football (the oblong type) and basketball. Men’s soccer programs have been around significantly longer (the first NCAA championship was played in 1959), but consistently take a backseat to padded football and madness of basketball.

The sport has varied pockets of appeal in the US. Men’s programs began with first generation communities in St. Louis and on the East Coast. Anson Dorrance basically fathered the first USWNT from his UNC program. Slowly, other schools such as UCLA, Maryland and Virginia grew consistently strong squads for both men and women. But, are they the only names that will get you on a national team? The figures below show university representation for both the US WNT and MNT since 1990.

On the women’s side, UNC dominates with about a quarter of the players in that time. In the first Women’s World Cup (1991), 9 of the 18 players came from UNC. However, only 6 of the 23 players from this year’s roster were Tar Heels. While UNC remains the premier team to get you on the USWNT, other schools like Portland and Santa Clara are giving them a run. It remains to be determined if any of the recent champs from Florida State will get a look from Jill Ellis before 2019. 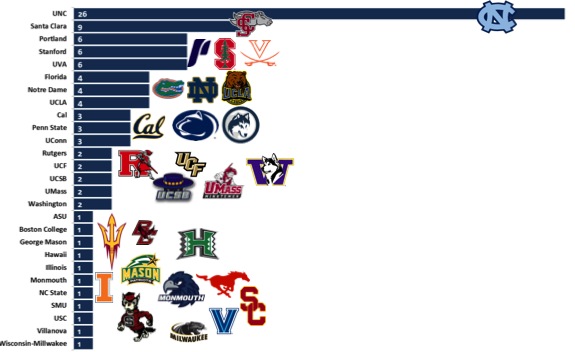 The men’s national team has a slightly different story. The 1990 World Cup team qualified after a 40 year hiatus. 100% of the players that year (which was pre-MLS) played college soccer in the United States.

UCLA had the most players (4) on that squad and has continued to dominate as the all-time leader on the men’s national team. However, unlike the WNT, the MNT has seen fewer and fewer players come from the collegiate ranks. Only 10 of the 23 players from the 2014 World Cup squad played collegiately, while 7 players grew up overseas (primarily Germany). 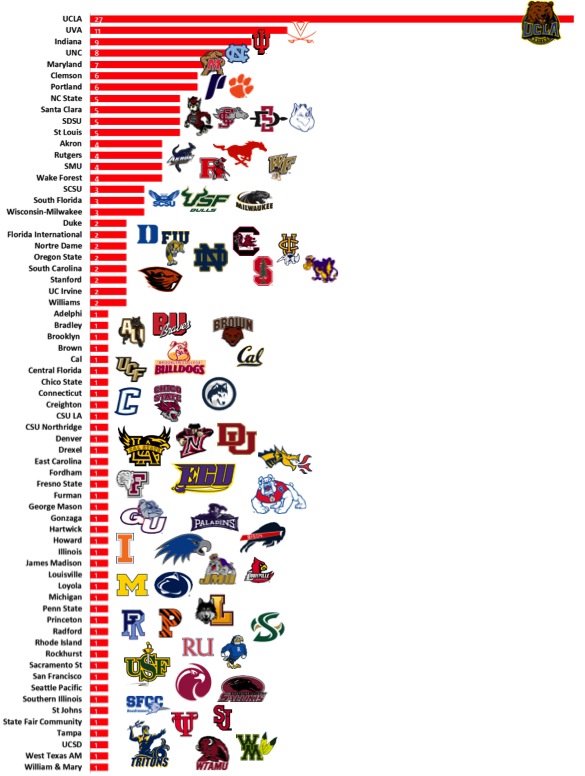 Why stop with the national team. Take a look at the universities currently repped in both the NWSL and MLS. MLS has more teams and players, but NWSL is proportionally more educated. And if you want to try and compare teams further, New England and Philly are the “most” educated MLS teams (19 college players each) while Vancouver is the “least” with only 7. The latter is likely due to more international players on their roster compared to the American squads. Both American professional leagues draw players from both big time programs and some we didn’t know existed (Lynn University?).

Current university representation in the NWSL. 25 universities with only a single player were not included in the figure. Photo: Jamie Bartlett, The18.com

So, which university has soccer bragging rights? UNC wins overall with a total of 25 players on both squads. Although, our recent success on the men’s side can be partially attributed to our rather large military force. Perhaps soccer enthusiastic parents should move to Germany during their child’s formative years?

High school players, take home this message: It doesn’t hurt to play for UNC or UCLA especially if that coach will run a national team squad. But, if your best offer comes from Cal State Long Beach, take the free education. You never know if the next football powerhouse will be an Anteater or Banana Slug, after all, more than 1 Billiken has made the team.

Have we left anyone out? Let us know!