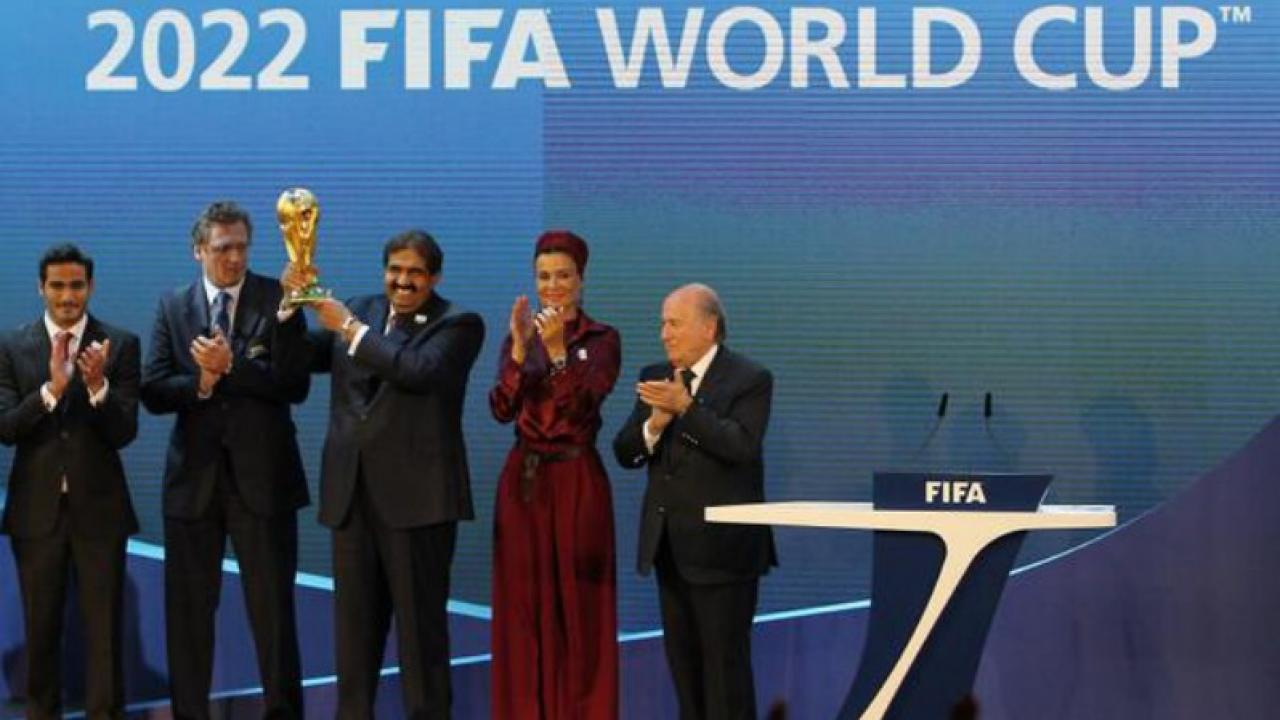 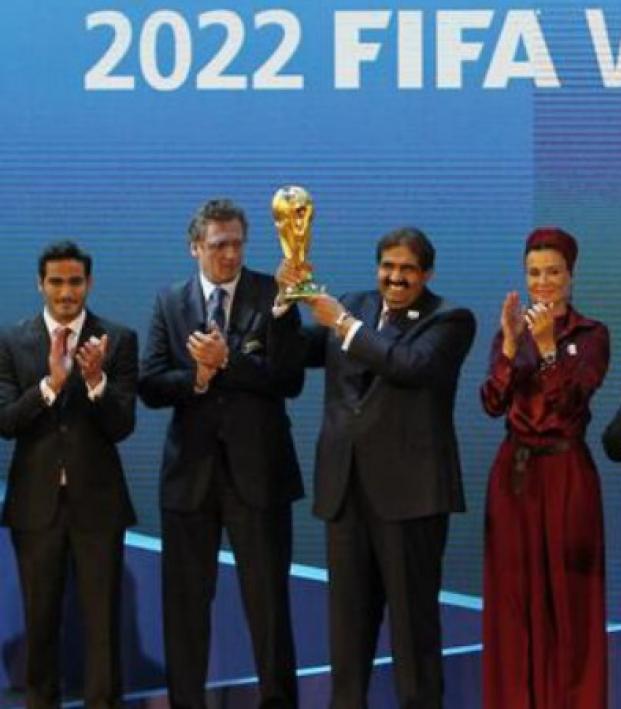 Qatar World Cup In Jeopardy (And It Should Be)

It has been three-and-a-half years since FIFA president Sepp Blatter awarded Qatar the 2022 FIFA World Cup. In that time, corruption, bribery, slave trading, grim working conditions and even worker deaths have been topics at the forefront for a tournament that is still eight years away. FIFA president Sepp Blatter commented last month on the decision to award Qatar the tournament saying, “Yes, it was a mistake of course, but one makes lots of mistakes in life.”

Qatar beat out the United States by six votes in the final round of voting for the right to host the World Cup and, ever since that day in Zurich, it is still a shock as to how Qatar won those rights. Why would FIFA give the world’s greatest tournament to a country that has zero football history, no stadiums, little in the way of hotels and infrastructure - and that will have temperatures ranging from 115 to 130 degrees Farenheit during the summer months when the tournament is traditionally held? Also, we can't forget to mention that the final is to be played in Lusail, Qatar, a city that doesn't even exist yet. After Qatar was awarded World Cup 2022, former-president Bill Clinton was said to be "fuming" and "humiliated because the decision didn't make sense," and even broke a mirror in frustration over the decision according to a close source. Let’s take a brief look at why Qatar shouldn’t host the 2022 World Cup and why a revote should be a top priority for FIFA, even if their reputation takes a hit.

Several leading figures in the sport have called for a revote for the 2022 World Cup. One of them, Greg Dyke, chairman of the FA, said that the process of awarding the 2022 World Cup to Qatar was “corrupt” and had to be “looked at again." American lawyer Michael Garcia is FIFA's head investigator on the case and is supported by FIFA vice president Jim Boyce if he deems a revote fit. Boyce has said, "As a member of the executive committee [I] would have absolutely no problem whatsoever if the recommendation [in Garcia's report] was for a revote." This comes after the British newspaper, The Sunday Times, discovered emails showing that hundreds of thousands of dollars were poured into the hands of dozens of African football officials before and after voting for the 2018 and 2022 Cups. Here is the cover of The Sunday Times releasing information regarding Qatar's plot to buy the 2022 World Cup. (Photo: @JOEdotie | Twitter)

Here is the cover of The Sunday Times releasing information regarding Qatar's plot to buy the 2022 World Cup. (Photo: @JOEdotie | Twitter)

The allegations target former president of the Asian Football Confederation Mohammed Bin Hammam. Bin Hammam was banned in July 2011 after being found guilty of attempted bribery to become the president of FIFA. This ban was then was annulled a year later when the Court of Arbitration for Sport said there was insufficient evidence to support the punishment. Then, in December 2012, FIFA issued him a second life ban for “conflicts of interest” while he was the president of the AFC. The Sunday times says that Bin Hammam controlled a $5 million fund that he used to buy support of key officials for Qatar’s World Cup bid.

On the other side, Qatar’s Bid Committee has said it always upheld the highest standard of ethics and integrity in its successful bid to host the World Cup. “Following today’s newspaper articles, we vehemently deny all allegations of wrongdoing. We will take whatever steps are necessary to defend the integrity of Qatar’s bid and our lawyers are looking into this matter.”

Even if that's true, what about the matter of a projected 4,000 workers dying to put on the event? Does that sound like a standard of high ethics and integrity?

Right now there are 1.4 million migrant workers in Qatar. Hailing from Nepal, India, Sri Lanka and other southeast Asian countries, these poor workers have been brought to Qatar and have been instilled in an archaic system called "kafala," which human rights watchers call "modern-day slavery." These workers are trapped in the country, don’t have their passports and can’t leave without their employers’ approval. The International Trade Union Confederation estimated that at least 4,000 workers will die before the opening of the 2022 World Cup.

A picture from the E60 mini-documentary showcasing the working and living conditions in Qatar. (Photo:@gizmodo | Twitter)

A picture from the E60 mini-documentary showcasing the working and living conditions in Qatar. (Photo:@gizmodo | Twitter)

Forced work in intense heat has led to an abnormally high rate of heart attacks among workers. Remember, Qatar has to build stadiums (they have only broken ground on one), hospitality, transportation and city infrastructure. They are doing it all with mistreated migrant workers who can’t leave and are dying regularly. ESPN came out with a 17 minute video showing just how bad the conditions are. We recommend all World Cup fans take a look:

No matter what, it's likely FIFA's reputation will take a hit in the midst of all this controversy. However, perhaps casting a revote now for World Cup 2022 can save us another 8 years of controversy and, more importantly, save needless suffering and perhaps even thousands of lives.