CONMEBOL Adds Two More Countries To The World Cup, But Was This A Goal For Perú? 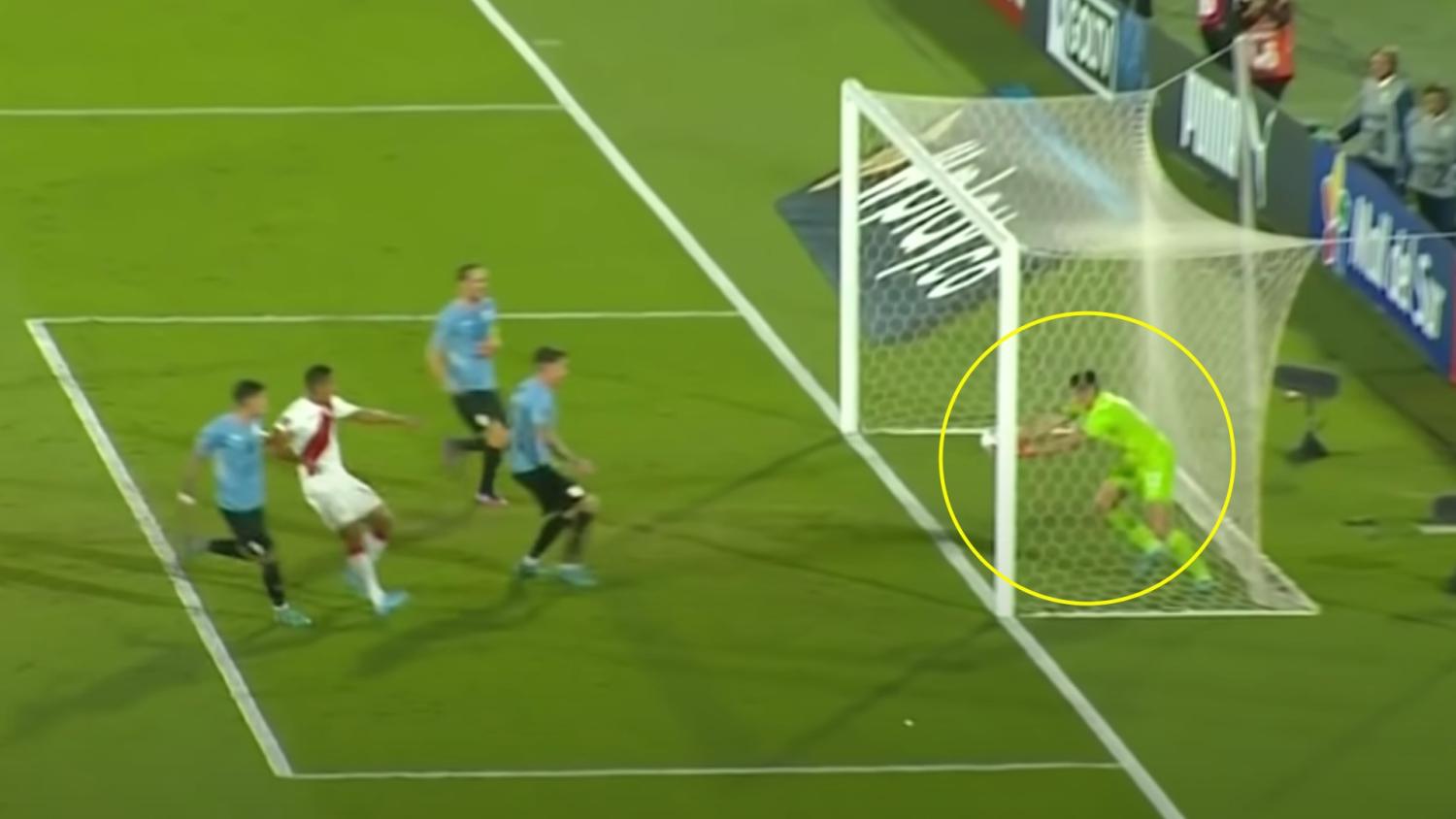 Uruguay and Ecuador secured the last two CONMEBOL direct tickets to the 2022 World Cup on Tuesday, joining already qualified Brazil and Argentina. The only thing left up for grabs now on the continent is the slot in the inter-confederation playoff against AFC (Asia). Those in contention are Perú, Colombia and Chile.

Uruguay is in and Perú cries against VAR: Was that a goal?

After beating Perú 1-0, Uruguay climbed to the third position on the CONMEBOL standings and with 25 points qualified directly to Qatar, no matter what happens in its last game against Chile on Tuesday.

Giorgian de Arrascaeta was the man that brought joy to La Celeste in the epilogue of the first half.

This could be the goal that gets @Uruguay into the World Cup! #CONMEBOL #WCQ #URUvsPER pic.twitter.com/TmqoI3jWPF

Perú had a few chances to equalize but none like the 92nd-minute long shot from Miguel Trauco that Uruguayan goalkeeper Sergio Rochet awkwardly grabbed over the goal line. The beefy armed referee Anderson Daronco thought it wasn't a goal, and then the VAR confirmed his decision.

However, in Perú, everybody is convinced that CONMEBOL is stealing their chance to go to the World Cup. Legendary striker Paolo Guerrero posted an image making the case, but later people recognized that the image was doctored.

Seattle Sounder's Raúl Ruidiaz was a little more ironic, but you get the point.

Personal opinion? The ball didn't go in one hundred percent. And the law is the law: no goal.

Ecuador qualified after losing against Paraguay

La Tri had an awful night in Asunción, Paraguay, losing 3-1. However, the 25 points they had before the game are now unreachable for Perú, fifth in the race with 21 and just one match left.

Although Paraguay didn't have a chance of qualifying, the victory at least worked as a consolation prize after seven games without winning and without scoring a single goal.

Three countries for the inter-confederation playoff

After the Argentina vs. Venezuela scheduled for Friday — with nothing at stake — CONMEBOL will have just one more round of games on Tuesday. What is on the table? A slot in the inter-confederation playoff against the winner from the match between Australia and the United Arab Emirates.

In contention for that spot are three countries: Perú, Colombia and Chile. 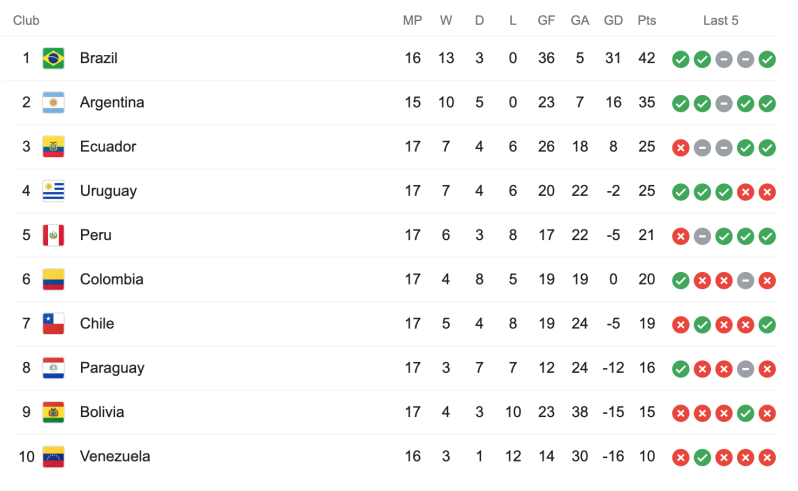 Of the three, Perú is the only one with the fate in their own hands. They have more points (21, -5GD), and a victory at home vs. Paraguay will secure the objective. In the case of a draw or a defeat, the only path possible is hoping Colombia and Chile lose their games.

If Perú loses, Colombia (20, 0GD) has two options in its away game vs. Venezuela: winning or drawing. The benefits of a victory explain themselves while a tie would see it go through on goal difference.

Finally, Chile. La Roja (19, -5GD) had a rough night against Brazil (4-0), but it is not dead. What do they need? First, a victory at home vs. Uruguay, and then Perú and Colombia failing to grab points in their respective games. Not easy, but not impossible.