Vincent Aboubakar accepts red card with a smile after scoring winning goal vs. Brazil and taking his shirt off 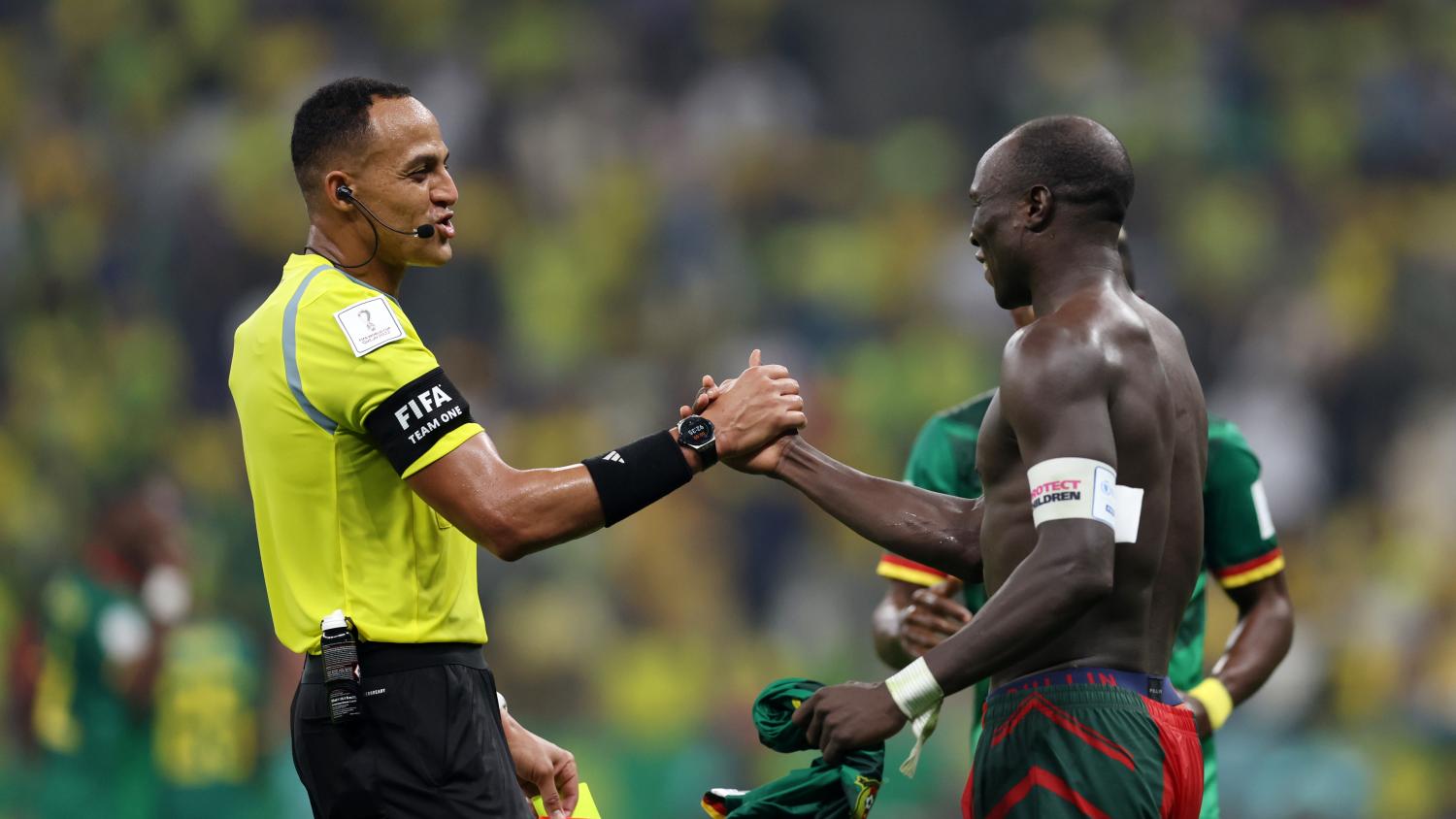 That's a cool exit from the World Cup.
Getty Images

Scoring a last-minute winning goal against Brazil is not a usual achievement among soccer players, but Cameroonian captain Vincent Aboubakar can scratch that from his bucket list. The striker bagged a header in the 93rd minute during the last match of Group H in the 2022 World Cup and celebrated accordingly by taking his shirt off.

Yes, we are aware some people consider jersey removal an annoying way to celebrate goals. However, what you should love about Aboubakar's gesture is that he knew the goal would not prevent Cameroon's exit from the tournament and that he knew the celebration would also become a red card due to a previous yellow card.

It was just joy and you can see it on his face.

The goal was fantastic: a long cross and a perfect header while running from Aboubakar, who once said he was a better player than Mohamed Salah.

Despite Brazil deploying a B squad and resting players for the round of 16 against South Korea, a victory is a victory and you can't take it away from Aboubakar. The forward was on the moon and he even showed his jersey to the world the way Lionel Messi did in a 3-2 Barcelona win over Real Madrid in the Bernabéu in 2017.

As we said before, Aboubakar knew the red card was coming, so when he saw American referee Ismail Elfath ready to send him off, he walked toward him, shook his hand and left the field with a smile.

Aboubakar celebrates his goal for Cameroon by taking off his shirt, and then is sent off for a second yellow card pic.twitter.com/JubSqTAX1L

And no wonder the win was also the first in the history of an African country over Brazil in a World Cup.