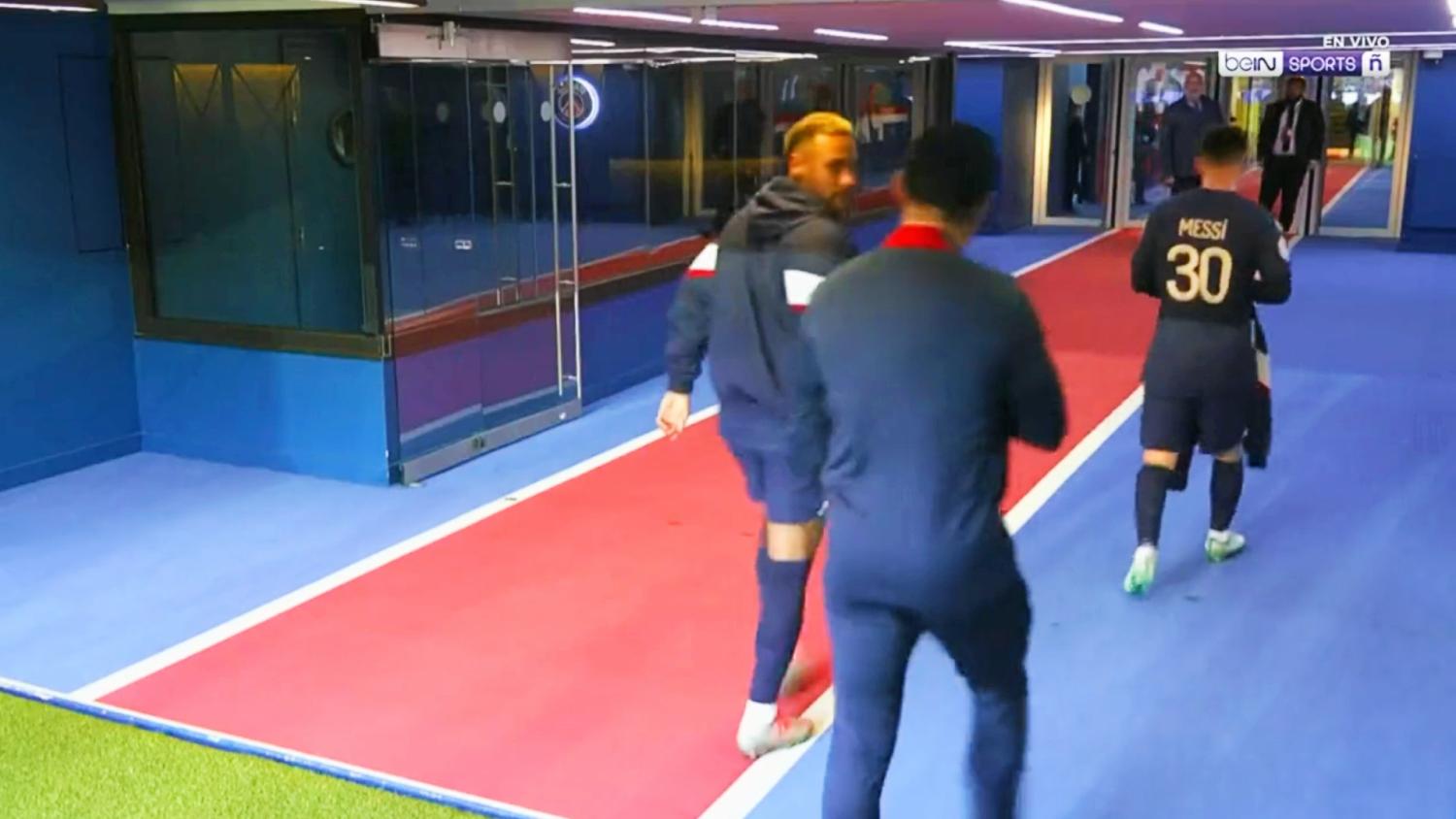 They pulled a Cristiano Ronaldo but with their coach's permission.
BeIN Sports

Argentina and Brazil can breathe a sigh of relief after Lionel Messi and Neymar ended the last PSG game before the World Cup without a scratch.

Both stars played 75 minutes in a 5-0 rout of Auxerre before getting subbed off, and PSG coach Cristophe Galtier allowed them to abandon the game before the final whistle so they could travel and join their respective national teams.

MESSI and NEYMAR are on their way to #Qatar 2022! #Ligue1 #PSGAJA pic.twitter.com/sBYZnffwCa

Yeah, a totally different scene compared to Cristiano Ronaldo abandoning Manchester United because he was angry.

During the game, Messi and Neymar were rather shy, taking care to not pick up a silly injury that could've broken their World Cup dreams. This still didn't prohibit us from seeing a spark of magic here and there from them, like this wonderful pass from Messi that ended up with France international Kylian Mbappé scoring the first goal of the game.

Mbappé wasn't the only player scoring against Auxerre that we'll see in the World Cup. Spain's Carlos Soler scored the second one and Morocco's Achraf Hakimi bagged the third. Renato Sanches netted the fourth, but he won't be at the World Cup with Portugal after getting dropped.

20-year-old Hugo Ekitike was behind the fifth goal of the night with the first of his professional career — a special moment his teammates celebrated by punching and kicking him on the floor.

PSG leads Ligue 1 with 41 points from 15 games, ahead of second-place Lens on 36. The next match for the French champions is scheduled for Dec. 28 against Strasbourg.