Man United drops Cristiano Ronaldo from squad for Chelsea game after his early departure vs. Spurs 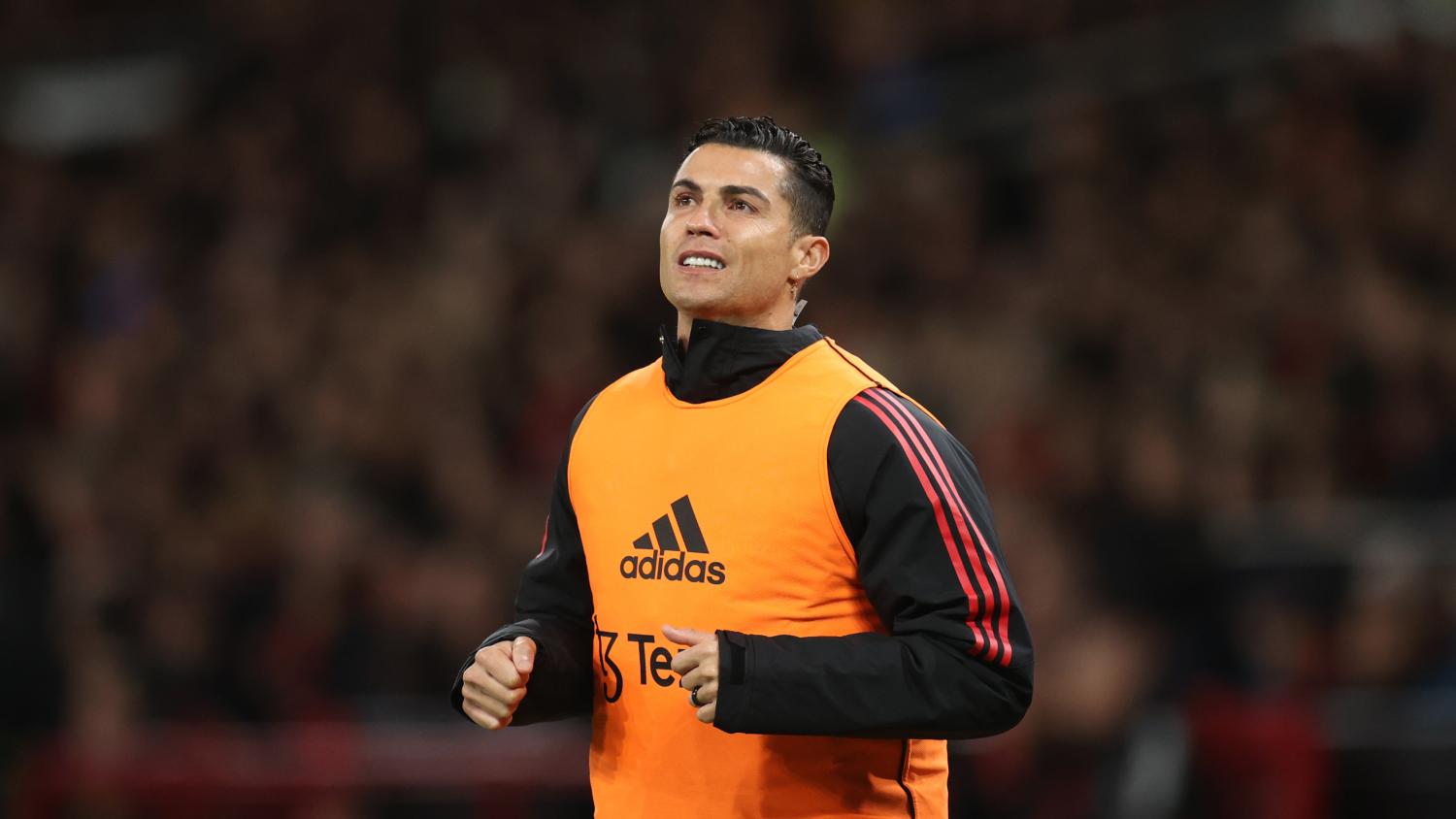 With Manchester United up 2-0, Ronaldo did the old Irish goodbye.
Getty Images

Cristiano Ronaldo was the hat trick hero when Manchester United last played Tottenham in March 2022. The two sides met again on Wednesday and Ronaldo made the headlines, but for all the wrong reasons.

United had a dominant performance against Spurs with Fred and Bruno Fernandes scoring the goals in a 2-0 victory. What caught everyone’s attention was Ronaldo — who didn’t feature in Wednesday’s game — heading down the tunnel at Old Trafford in the 89th minute.

Cristiano Ronaldo down the tunnel before the final whistle at Old Trafford pic.twitter.com/MvWBHGsbig

Cristiano Ronaldo went down the tunnel at Old Trafford before the final whistle. pic.twitter.com/bnuFytZkxQ

It was originally thought that CR7 took an early trip to the locker room. Instead, it was revealed that he left the building after refusing to come into the game.

Cristiano Ronaldo not only left touchline on 89mins, he departed Old Trafford before final whistle.

Absence didn’t really register in dressing room, which was vibrant with celebrations.#MUFChttps://t.co/bhUiYliLYy

United manager Erik ten Hag clearly wasn’t pleased with the drama and told media after the game that he would “deal with that tomorrow.”

On Thursday Ten Hag dealt with it by dropping Ronaldo from the squad.

“Cristiano will not be part of the Man United team for this Saturday’s game against Chelsea. Rest of the squad is fully focused on preparing for that fixture”. pic.twitter.com/NdztshOuSf

Manchester United have banished Cristiano Ronaldo from the first team and he will be made to train ON HIS OWN after refusing to come on against Tottenham.

He will not be part of the team for this Saturday’s game against Chelsea. pic.twitter.com/CiWhzbb9b5

This is rock bottom for Ronaldo. He would go on to post an apology on his Instagram claiming it was the "heat of the moment" that got to him.

The good news for him is that there are only seven Manchester United games left before the World Cup. After the tournament he can turn his attention toward the winter transfer window.

Many thought that Ronaldo was going to leave in the summer window, but Ten Hag insisted that the Portuguese star was in his plans for the 2022-23 season. It’s clear now that the plan was for Ronaldo’s bum to warm the bench.

Of United’s 12 Premier League games, Ronaldo has only started two and played 340 minutes out of a possible 1,080.

United legend and pundit Roy Keane said earlier this month that the way Ronaldo has been treated by the club is disrespectful.

In this writer’s opinion I believe both parties are in the wrong. United should have let Ronaldo leave in the summer, but that’s no excuse for giving your team an Irish goodbye when you're winning 2-0.

All that us neutral fans can hope for is that in the winter transfer window Kylian Mbappé goes to Real Madrid and Paris Saint-Germain replaces him with Ronaldo. Imagine seeing a front three of Lionel Messi, Ronaldo and Neymar.