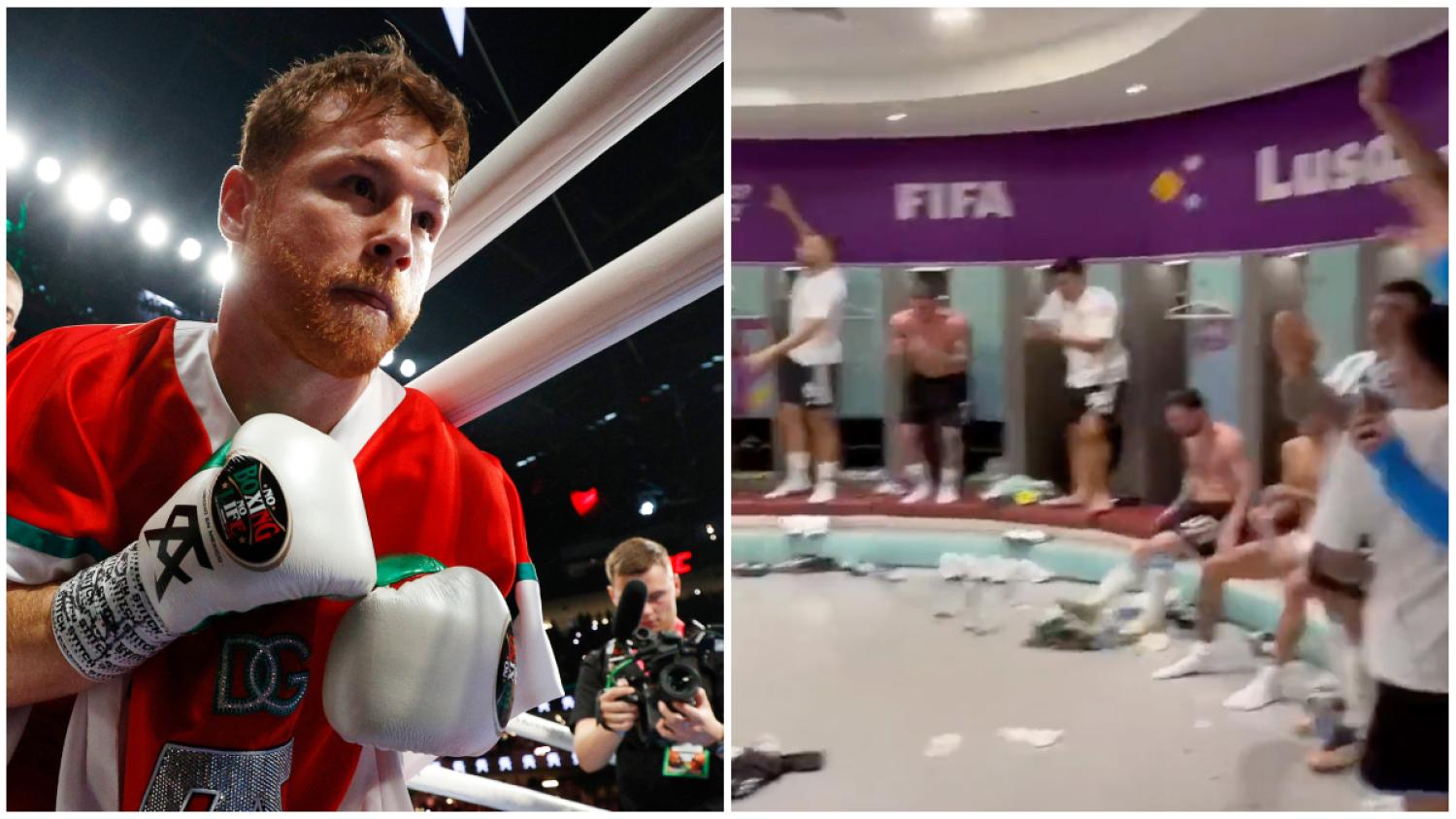 The thing is, Messi didn't do anything wrong.
Getty Images

World champion boxer Canelo Álvarez is mad at Lionel Messi and warned that the next time they see each other it's not going to be pleasant for the Argentine. Why is Canelo so angry? According to him, Messi disrespected the Mexican flag and the Mexican jersey after Argentina's 2-0 win over El Tri in the World Cup.

The big problem with Canelo's story is that Messi did not disrespect any Mexican symbol, which makes the whole situation dumb.

So why bother writing an article about it? Because fake news and toxic nationalism are viruses that need to be eradicated.

Canelo's anger comes from a video in which the Argentine players celebrate the victory over México in the dressing room. In the clip, several players are jumping and singing while also starting to undress to shower. Messi is one of them. The controversial moment? When he took off one of his cleats, he accidentally touched a Mexican jersey on the floor that he had probably exchanged with an El Tri player after the final whistle.

Here is the video. Check between seconds 40 and 42.

Yeah, Messi is not stomping the Mexican jersey, not cleaning the floor with it and definitely not disrespecting Mexico. It's just an accident and the images are pretty clear. Well, except in the clouded mind of Canelo Álvarez and his blind followers.

After creating a parallel reality in his head, the boxer went nuts on Twitter to publicly threaten Messi about something he didn't do.

"Did you guys see Messi cleaning the floor with our jersey and flag," he wrote.

Then, he added a phrase that seems to come right from a dictionary of toxic masculinity: "He better pray to God that I don't find him," which suggests that punches are better than a conversation to solve this issue.

Que le pida a Dios que no me lo encuentre!!

Outrageous, irresponsible and even more considering the several episodes of violence between Mexican and Argentine fans that we've witnessed during the World Cup in Qatar.

By the way, in the video, there is no flag.

In the end, I hope Messi and Argentina don't comment on this. There is no need to fall into this absurd game.