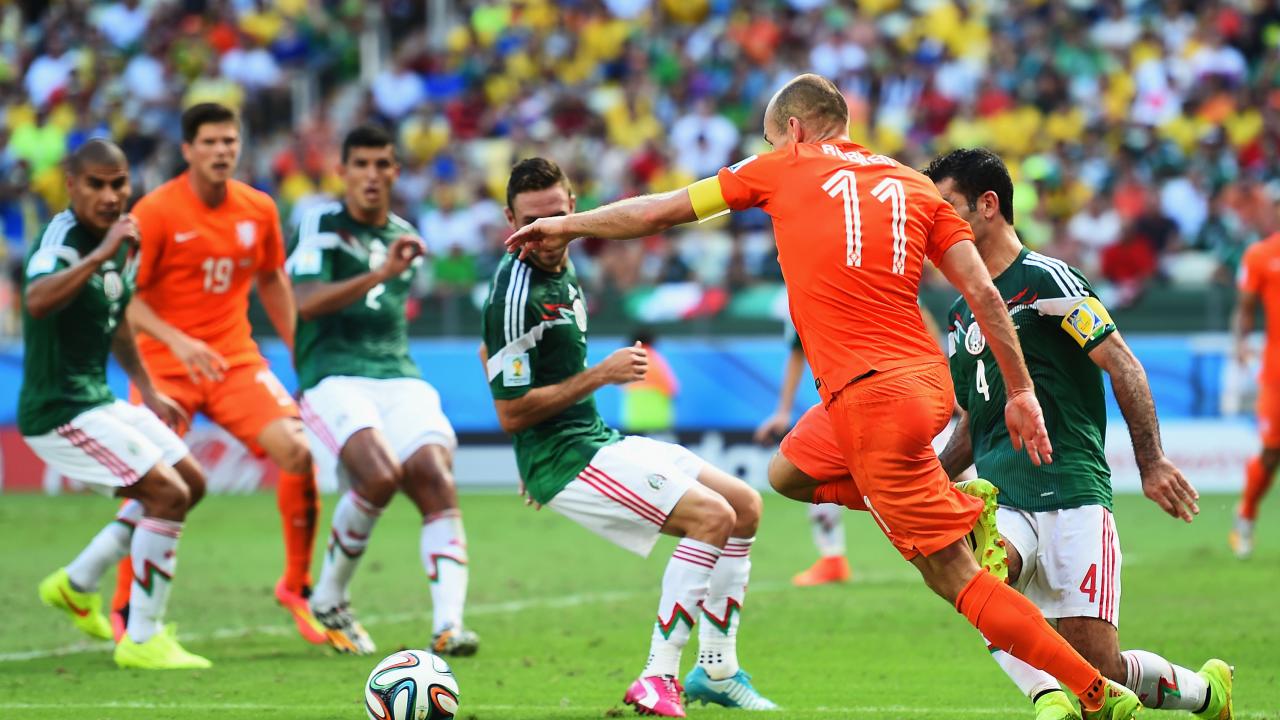 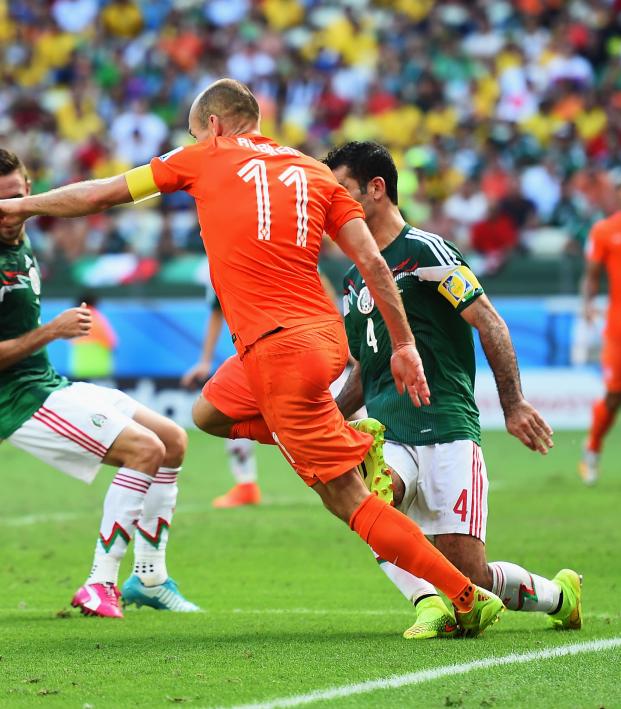 Dutchman Arjen Robben is persona non grata in the Mexican soccer universe. Millions of fans cannot forget his preposterous "No era penal" dive in the 2014 World Cup and how this stole El Tri's chances of advancing to the dreamed fifth game.

Time passes, and there is no way to forget. Every June 29, the memory relentlessly returns to the Arena Castelão in Brazil to relive the nightmare. And today — of course — it is no exception.

Up to the 87th minute, Mexico was winning the game 1-0 thanks to a beautiful long-range left-footed shot by Giovani dos Santos, but suddenly everything went sour, bitter. A thunderous Wesley Sneijder volley equalized the game, and then ... the Flopping Dutchman.

Robben entered the Mexicans' box at top speed in injury time and after seeing Rafa Márquez's right leg going a little imprudent, he decided to perform an Olympic-worthy clavado that Portuguese ref Pedro Proença sanctioned as a penalty kick.

At the time, there was no VAR, and Klaas-Jan Huntelaar scored from the spot to unfairly punish the Mexican hopes.

In the same game, Robben had tried to trick the officials several times. And after the match was over, he apologized for those occasions. However, he never did for the play that keeps haunting Mexican fans.

"I must apologize. The one at the end was a penalty, but the other was a dive in the first half," he said to Dutch TV. "I shouldn't be doing that. That was a stupid, stupid thing to do."

As bonus content, here are the lineups of both teams in that infamous afternoon, comparing where those players were at the time to where they are doing now. 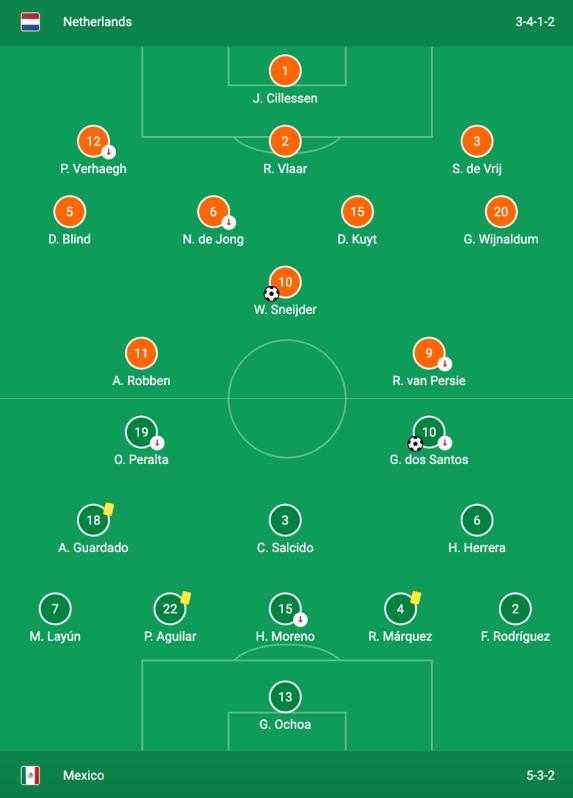