TIL: The World Cup soccer ball needs to be charged before games 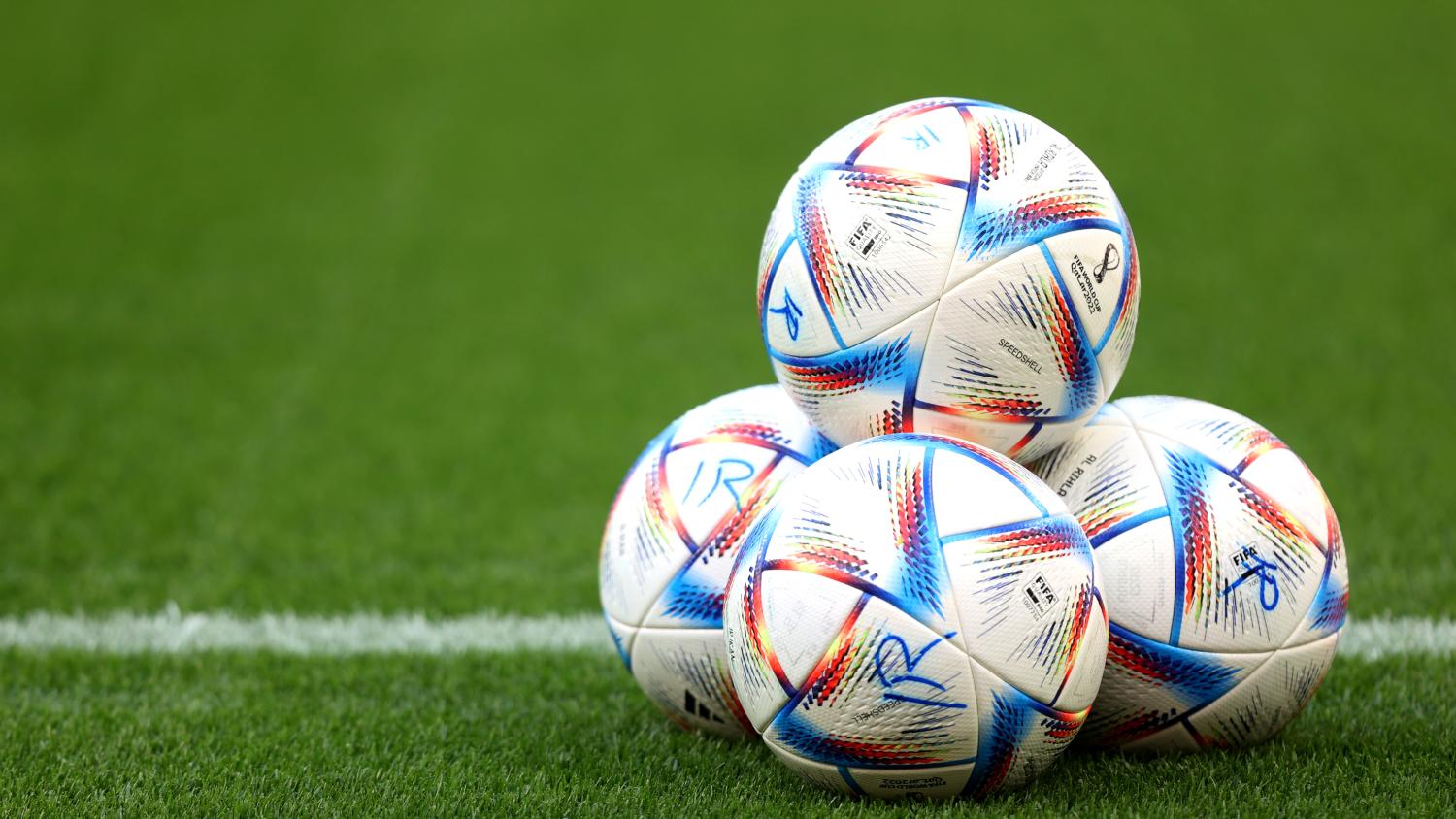 It's a new era.
Getty Images

Technology has taken the reins in the soccer world. The VAR system is the clearest example of the takeover, but it's not the only one. Al Rihla, the soccer ball created by adidas for the 2022 World Cup, incorporates chips and sensors that are revolutionizing the game.

And it also brings a new reality: soccer balls that need to be plugged in before a game.

Does the World Cup ball need to be charged before games? Why?

The idea is weird. However, you can find pictures online showing the Al Rihla ball connected to a power source, charging up before the game as you would with your phone.

World Cup balls are being charged with electricity before Matchs start#FIFAWorldCup pic.twitter.com/kdrnxsLhh8

But why? Because of that chip and those sensors, of course.

The combo captures different types of relevant data about the game. The chip is connected to cameras around the stadium and, according to adidas, "contributes to FIFA's semi-automated offside technology and offers Video Assistant Referees instantaneous information to help optimize decision-making."

Recently, the sensors also determined that Cristiano Ronaldo didn't touch the ball in one of the two goals scored by Bruno Fernandes against Uruguay, despite CR7 claiming he did.

Adidas have confirmed no contact was made between the World Cup matchball and Cristiano Ronaldo, thanks to a 500Hz IMU sensor and Connected Ball Technology housed in Adidas’s Al Rihla used in the tournament… ❌ pic.twitter.com/v9MvtFXnMT

All this info requires energy, thus the need to be charged.

According to an adidas press release, the system "in the center of the ball hosts and stabilizes a 500Hz inertial measurement unit (IMU) motion sensor, which provides unprecedented insight into every element of the movement of the ball, while making this technology unnoticeable for players and not affecting its performance whatsoever".

The document also says "the sensor is powered by a rechargeable battery," which now makes total sense.

The ball doesn't have a USB port or something like that. It is charged up by induction, which means it needs a tray or pedestal to complete the process.