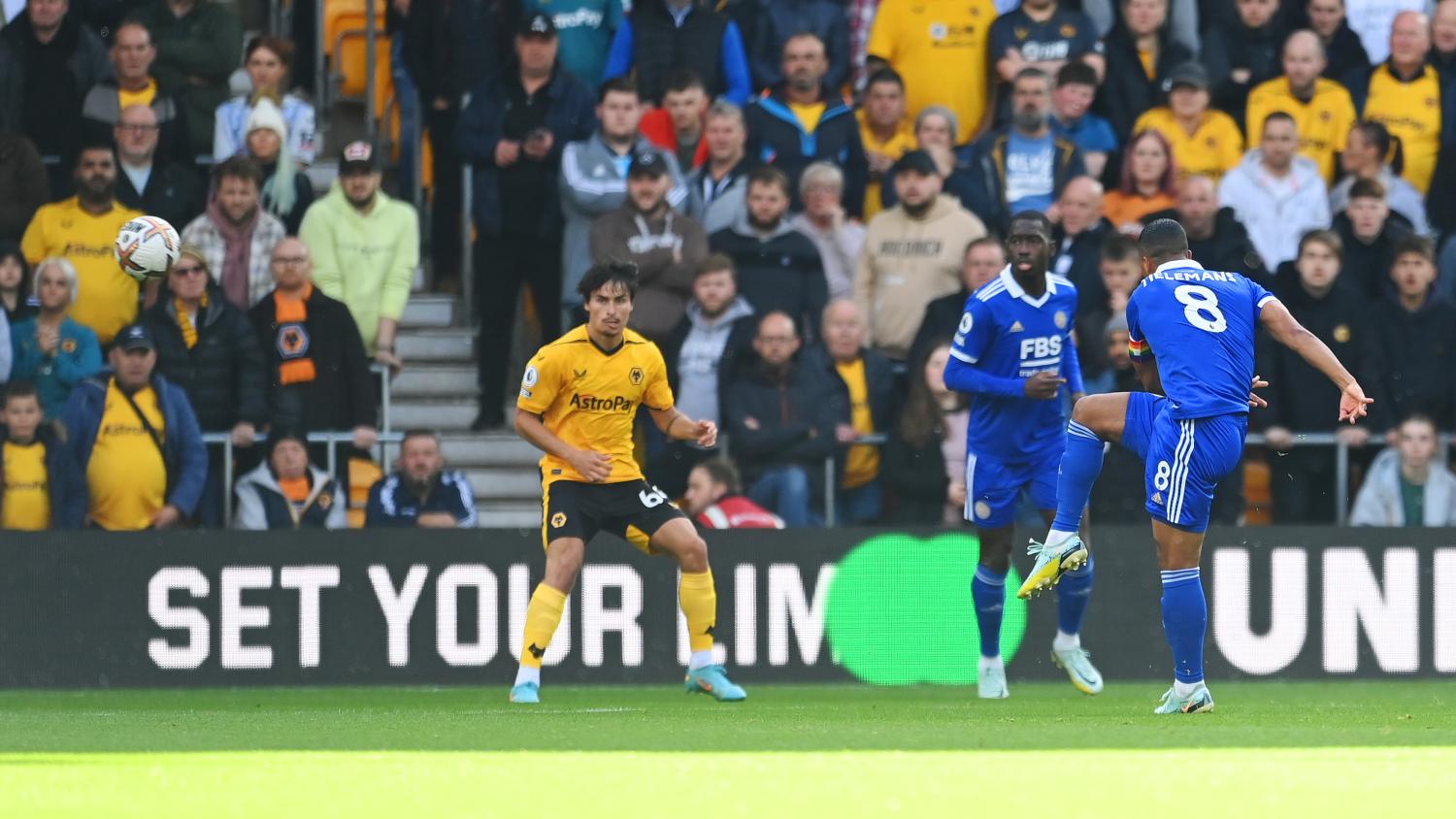 It's no secret what Youri Tielemans has in his locker. The young Belgian has scored enough stunning goals to fill an impressive YouTube compilation. On Sunday, Leicester City faced off against Wolves and it was his spectacular strike from distance that gave the Foxes the lead en route to an impressive 4-0 win on the road.

Just after the seven-minute mark, Leicester’s set-piece specialist James Maddison instigated the danger with a wide free-kick. The ball, initially whipped into the box with pace, was regurgitated by Wolves’ defense and found its way to Tielemans just outside the penalty area.

The Belgian midfielder saw his chance and took it first time, thumping a volley goalward with the venom and bite of an outraged cobra. His shot cannoned off the far post, just beneath the bar, and into the back of the net, giving the Foxes an early lead at the Molineux.

What a strike by Youri Tielemans!

Tieleman’s goal was only the beginning as Leicester’s doubled its advantage with a well-worked goal that Harvey Barnes passed in from close range. The second half produced the same result as the first, devastating Wolves’ supporters in the stadium. Maddison earned a goal of his own with a brilliant dribble as he danced past defenders before hammering a shot into the bottom corner and past goalkeeper José Sá.

James Maddison extends the lead to 3-0.

The humiliation was guaranteed by Jamie Vardy in the 79th minute. The 35-year-old striker pounced on an incisive cross to give Leicester City a 4-0 lead. On the day, the foxes took five shots and scored four goals, completing a magnificent day at the office for Brendan Rodgers’ side

Jamie Vardy makes it 4 for Leicester as they ROLL against Wolves!

The victory marks Leicester’s first consecutive wins this season, as well as the first points on the road for the Midlands side. The Foxes struggled massively at the beginning of the season, accumulating just a single point from seven matches. Since Oct. 1, however, Leicester’s renaissance has been clear to see. Ten points from five games is only one point off Arsenal and Chelsea in that span. A visit from Manchester City awaits next week, but in this form, Leicester could be a difficult team to beat.

Wolves' struggles continue as they replace Leicester in the relegation positions. Five goals scored all season is comfortably the fewest in the Premier League and certainly does not bode well for the future.