World Cup streaker is the bravest person in the world 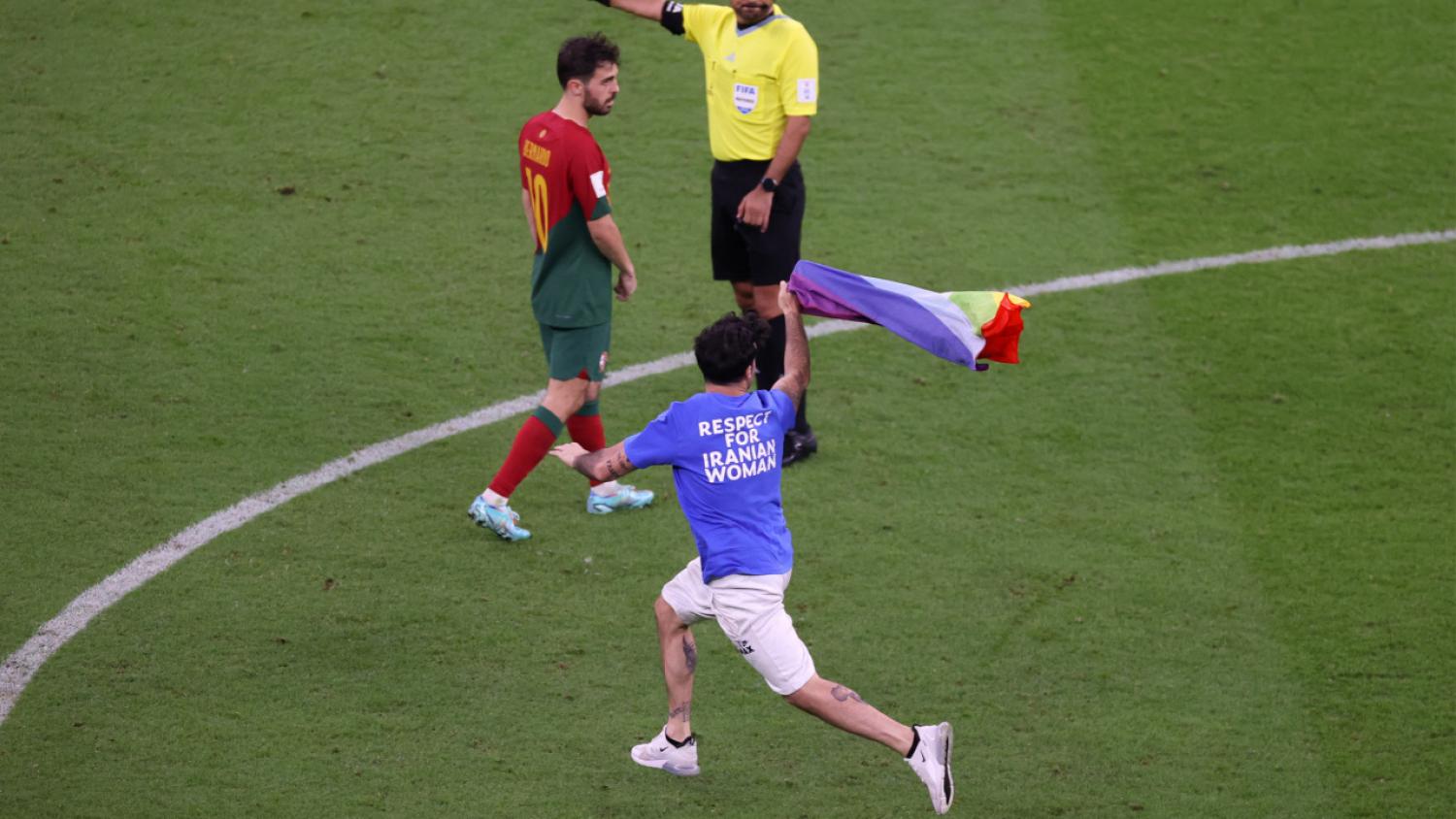 The streaker also carried a pride flag during their on-pitch excursion.
Getty Images

Everyone wondered if it would happen and at the halfway point of the World Cup, Qatar finally got its streaker. Monday’s final matchup between Uruguay and Portugal was interrupted momentarily when a pitch invader brandished what appeared to be a rainbow pride flag and found their way past security and onto the playing surface.

The broadcast cut away from its main feed as the fan entered the field in the 51st minute of play. The streaker could be seen, in pictures and other fan videos, wearing a blue shirt with the phrase “Respect for Iranian women” on the back and “Save Ukraine” on the front, as well as a Superman logo. They also held a flag above their head as they ran across the pitch before dropping it near Iranian referee Alireza Faghani.

The pitch invader during the Portugal-Uruguay match, Italian guy Mario Ferri, has just announced that he has been released with no consequences. #Qatar2022 pic.twitter.com/W1OFmlHnbS

The individual is former professional soccer player, Mario Ferri, and he has a history of pitch invasions for public discourse. Americans may remember him as the person who interrupted the 2014 World Cup Round of 16 match between Belgium and the United States advocating for better living conditions in favelas. On this occasion, Ferri only made it across the pitch before being tackled by the authorities, who then dragged him off the field near the corner. According to an article published in The Athletic in June, protesters at Qatar’s World Cup could face up to five years in prison for “stirring up public opinion.” However, it has been announced via Fabrizio Romano's Twitter that Ferri had in fact been "released with no consequences." Could we see more protesters now that we know that there is a clear precedent or will this remain a one-off occurrence?