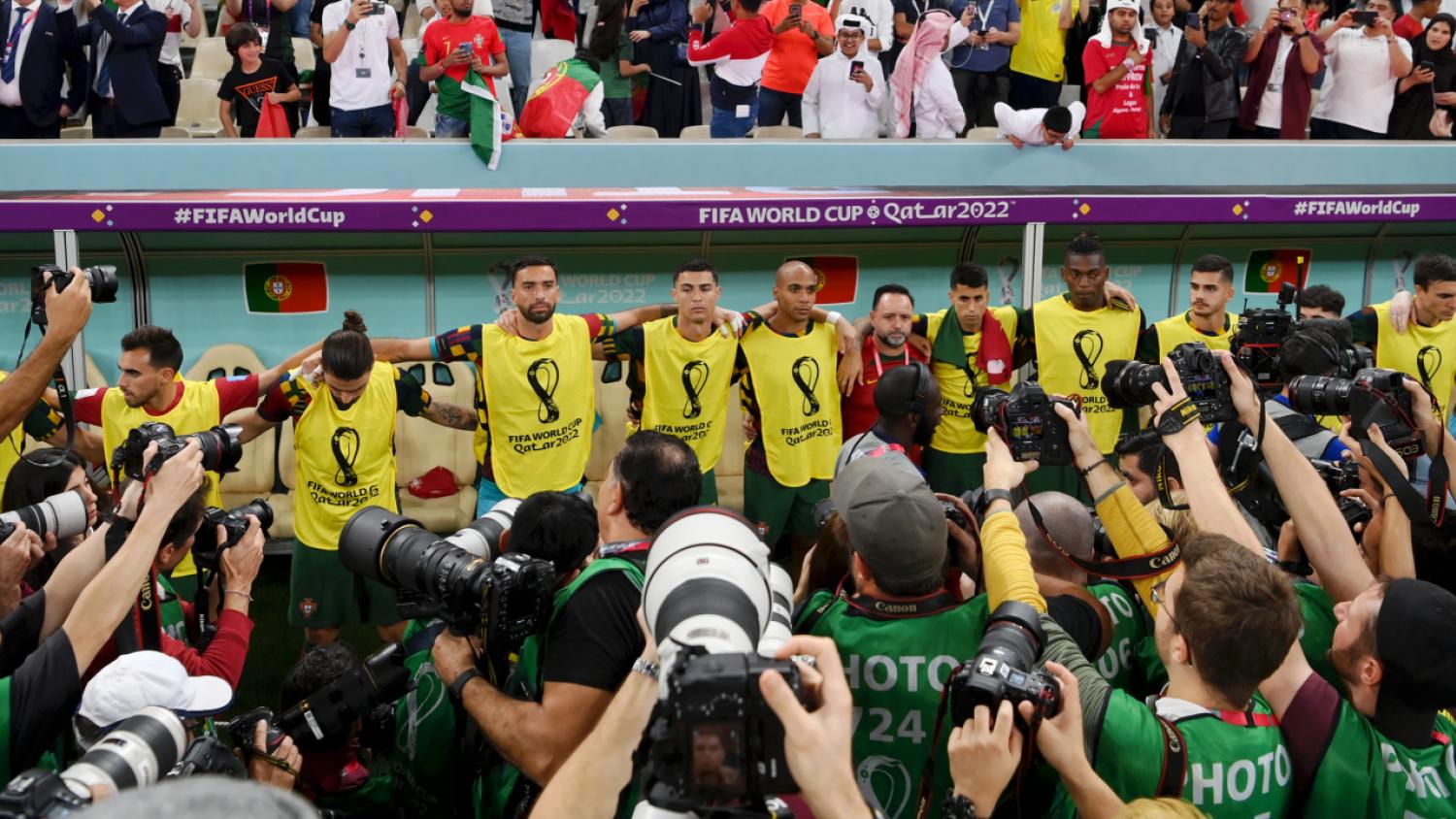 Ronaldo said Portugal's "a team in the true sense of the word."
Getty Images

Ronaldo, Portugal's most-capped player and all-time top scorer, was benched for their first knockout game on Tuesday as they beat Switzerland 6-1, with his replacement Gonçalo Ramos netting a hat-trick. Ronaldo made a late substitute appearance.

"The FPF clarifies that at no time did the captain of the national team, Cristiano Ronaldo, threaten to leave the national team at any stage in Qatar," it said. "The level of commitment of Portugal's most capped international player was once again demonstrated ... in the victory against Switzerland."

Ronaldo has struggled to find the net since converting from the penalty spot in Portugal's group opener against Ghana, when he became the first player to score in five World Cups.

The 37-year-old reiterated his commitment to the cause on social media hours after the FPF statement.

"A group too united to be broken by external forces. A nation too brave to be afraid of any adversary. A team in the true sense of the word, who will fight for the dream to the end! Believe with us!" he wrote on Twitter.

Portugal play Morocco in the quarterfinals on Saturday and midfielder Otávio said their preparations for the game are going ahead as normal, adding that there was no argument even if Ronaldo was miffed at not starting against Switzerland.

"I think everything is pretty normal, there was no arguing whatsoever. There was no talk about him leaving," the 27-year-old said. "Everyone is bitter when you don't get to play, that's perfectly natural, and I think that's it. We're still very united and focused. If you look at the pictures or video, you see that Cristiano's heart and soul is in the national team, regardless of whether he's on the bench or not."