3 things we learned from Qatar vs. Ecuador: The host nation is a bad joke 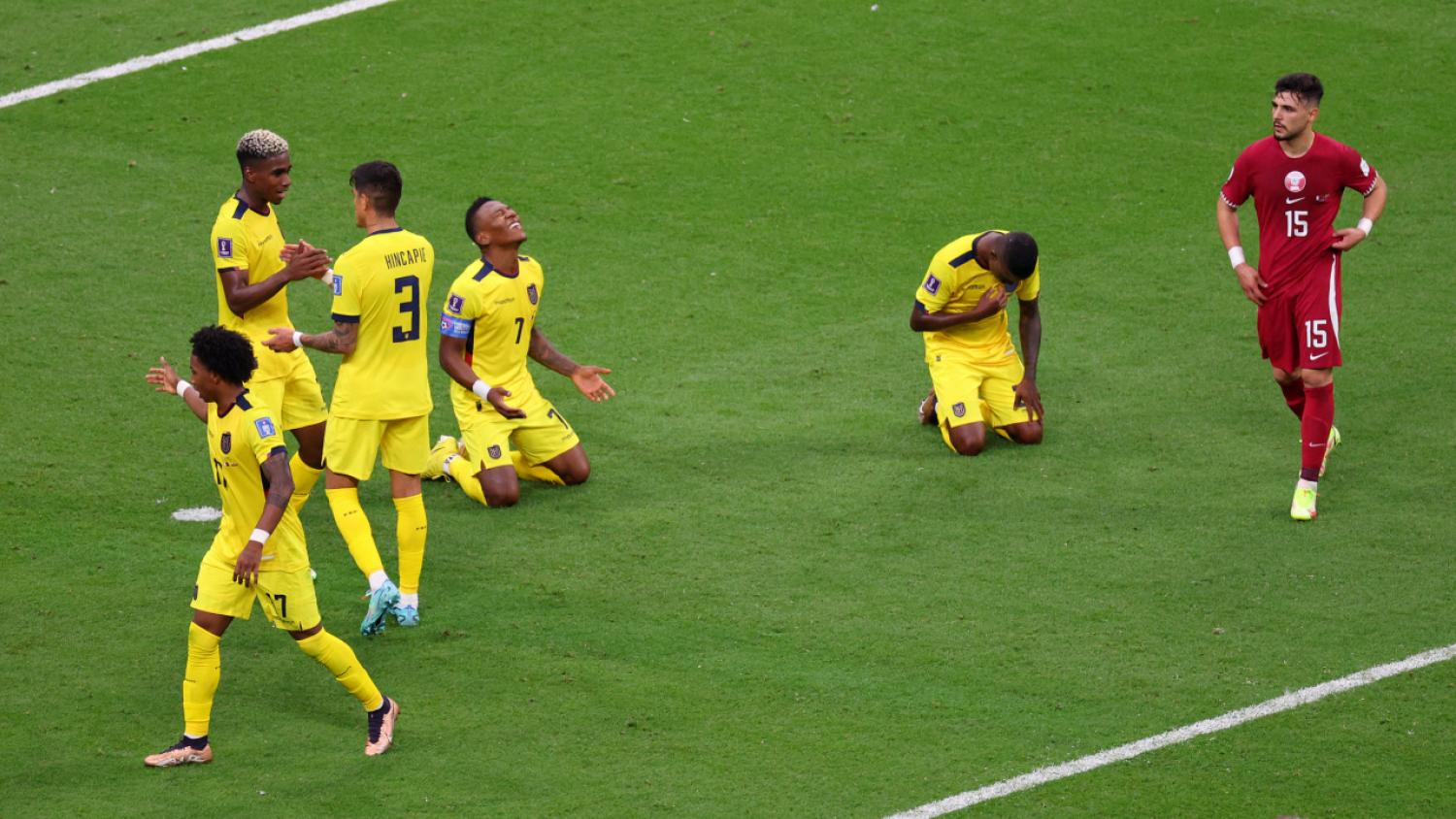 Qatar opened its campaign with a 2-0 loss and without a shot on target.
Getty Images

The 2022 FIFA World Cup is underway with Ecuador handling the supremely limited host nation Qatar 2-0 without surrendering a shot on target. It was a pathetic display from Qatar, but their tournament will thankfully be over quickly Friday after Senegal once again hands them a deserved beating.

So what did we learn from Sunday's curtain raiser besides the fact that Morgan Freeman has added a couple million to his bank account?

Qatar vs. Ecuador: 3 things we learned

#1. 12 years of team building and 2 months of intensive training counts for little when you're not any good and no one likes you.

Before Sunday's opening match, there was a swell of belief that Qatar would not only go toe-to-toe with Ecuador, they'd beat them and carve a path to the knockout round. Qatar, after all, is the most experienced team at the tournament with five players garnering over 100 caps over a 12-year cycle of building this team from amateurs to World Cup contenders.

There was also a tongue-in-cheek murmur that if Qatar could buy the entire tournament by way of bribery, they could also certainly pay off the players of Ecuador or the referees to ensure three points. That idea only intensified after a preposterous use of VAR negated Ecuador's first goal in only the third minute.

After a VAR check, this did not count for Ecuador pic.twitter.com/cn5GYfQz18

But to question Ecuador's integrity is to question the country's 33-year-old captain, Enner Valencia. For anyone who watched the attacker with West Ham and Tigres, the idea of Ecuador playing along with some nefarious plot was laughable. When it comes to fight and commitment, few can match the pride and industry of La Tri.

Also, Qatar has the worst "home advantage" in the history of the World Cup. There were empty seats all around. What a joke.

#2. Conmebol is so much better than Concacaf and AFC.

Another part of Qatar's hype was how well they performed in the 2019 Asian Cup (beating Saudi Arabia, South Korea and Japan) and the 2021 Gold Cup (beating Honduras and El Salvador). If this World Cup was played without European and South American opposition, they'd probably win it.

But since it's Ecuador, the Netherlands and Africa's best team, Senegal, in the group stage, they're going to get hammered from start to finish.

Apparently everyone at FOX also grew up with red hair and freckles and understands that all the negativity towards Qatar is just the result of an anti-ginger agenda. Clint Dempsey shouldn't have emerged from his hermitage for this pandering bullshit.

This is how BBC opened coverage of World Cup 2022. Stark contrast to Fox Coverage in United States. Please take a minute to watch. This is how this World Cup should be contextualized pic.twitter.com/36HtKOX26w