12 years of training, $300 billion spent and Qatar's World Cup is over in 6 days 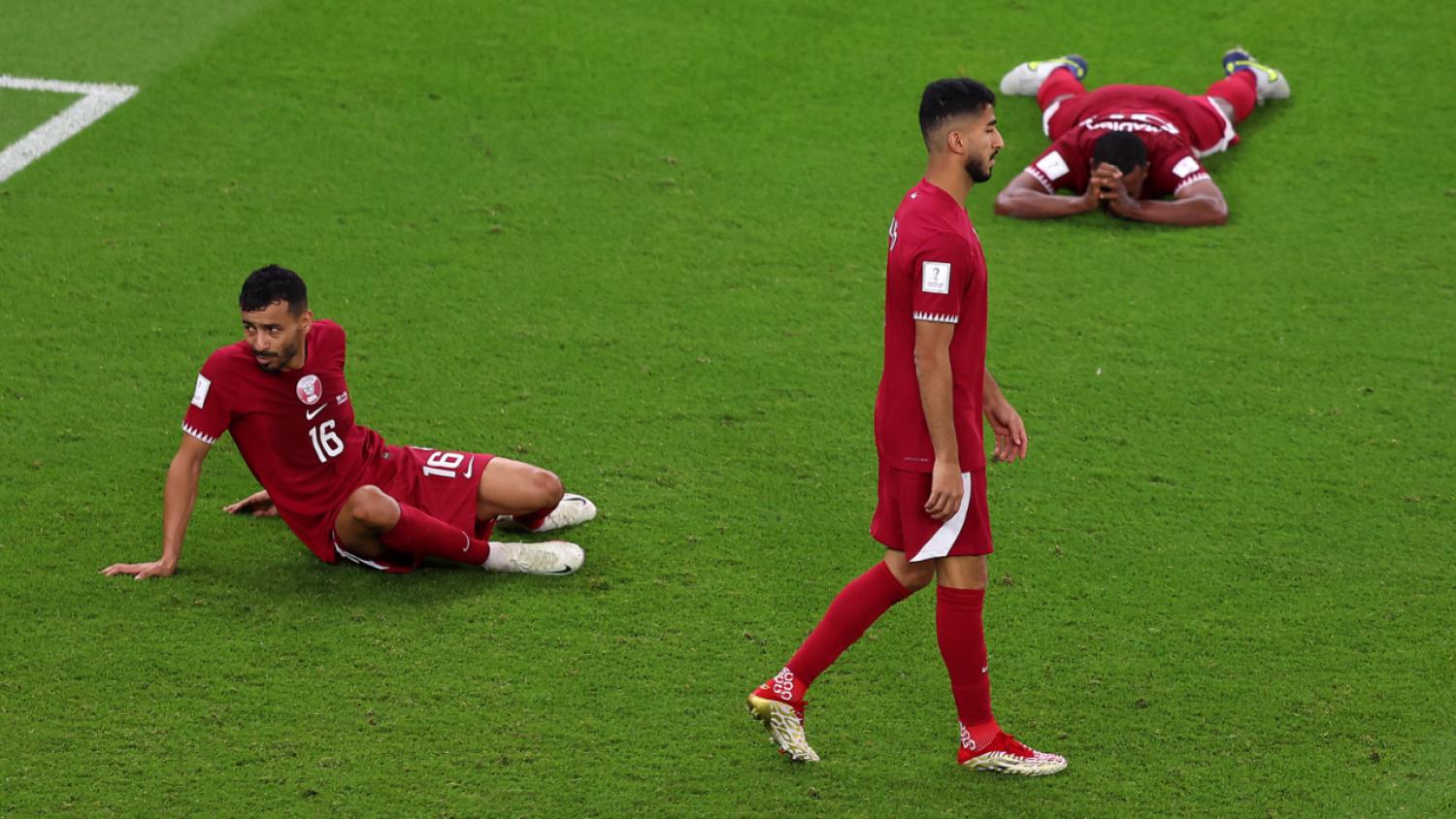 Qatar isn't mathematically out just yet, but that's only semantics.
Getty Images

The host nation Qatar always needed a miracle to advance beyond the group stage of the 2022 World Cup. Despite an intensive 12-year program to turn the program from a minnow of the Asian Football Confederation to a deserving part of the 32-team finals, that miracle was revealed as false hope after Qatar fell 2-0 to Senegal on Friday to become the first team eliminated from the competition if the Dutch win or draw against Ecuador later today.

There were reasons for optimism: winning the 2019 Asian Cup, reaching the semis of the 2021 Gold Cup and assembling for a six-month training camp before the World Cup while every other nation had to scramble their squads together just one week before the tournament. Plus — if pretty much every other World Cup in history was any indicator — they could expect some home cooking this November.

But the Senegal match revealed that they couldn't even count on that. In the 34th minute, it looked Akram Afif had earned Qatar a penalty after crumbling under Ismaïla Sarr's challenge. Nothing was given.

After a VAR check, no penalty was given for this contact in the box between Qatar and Senegal pic.twitter.com/muLL4RRnOp

A few minutes later, the host nation conceded a comically bad goal after Boualem Khoukhi fell to the turf and handed Boulaye Dia the opener.

Qatar needed to come out of halftime firing to save their tournament. Instead, they conceded a second in under three minutes.

What a header by Famara Diedhiou pic.twitter.com/71Dh6wtF0c

Qatar came to life from there and finally beat Édouard Mendy for its first World Cup goal in the 78th. The crowd's reaction wasn't exactly South Africa's Siphiwe Tshabalala against Mexico in 2010, when you couldn't hear yourself think above the din of 85,000.

QATAR SCORES ITS FIRST EVER GOAL AT THE FIFA WORLD CUP pic.twitter.com/oLogqR1IJd

An instant response by the Lions of Teranga pic.twitter.com/CgjBUOPRUo

Qatar is out, but you don't get the feeling Qataris will really mind. Now they get to focus on the good football.