Ranking Portugal's goals against Switzerland from best to worst 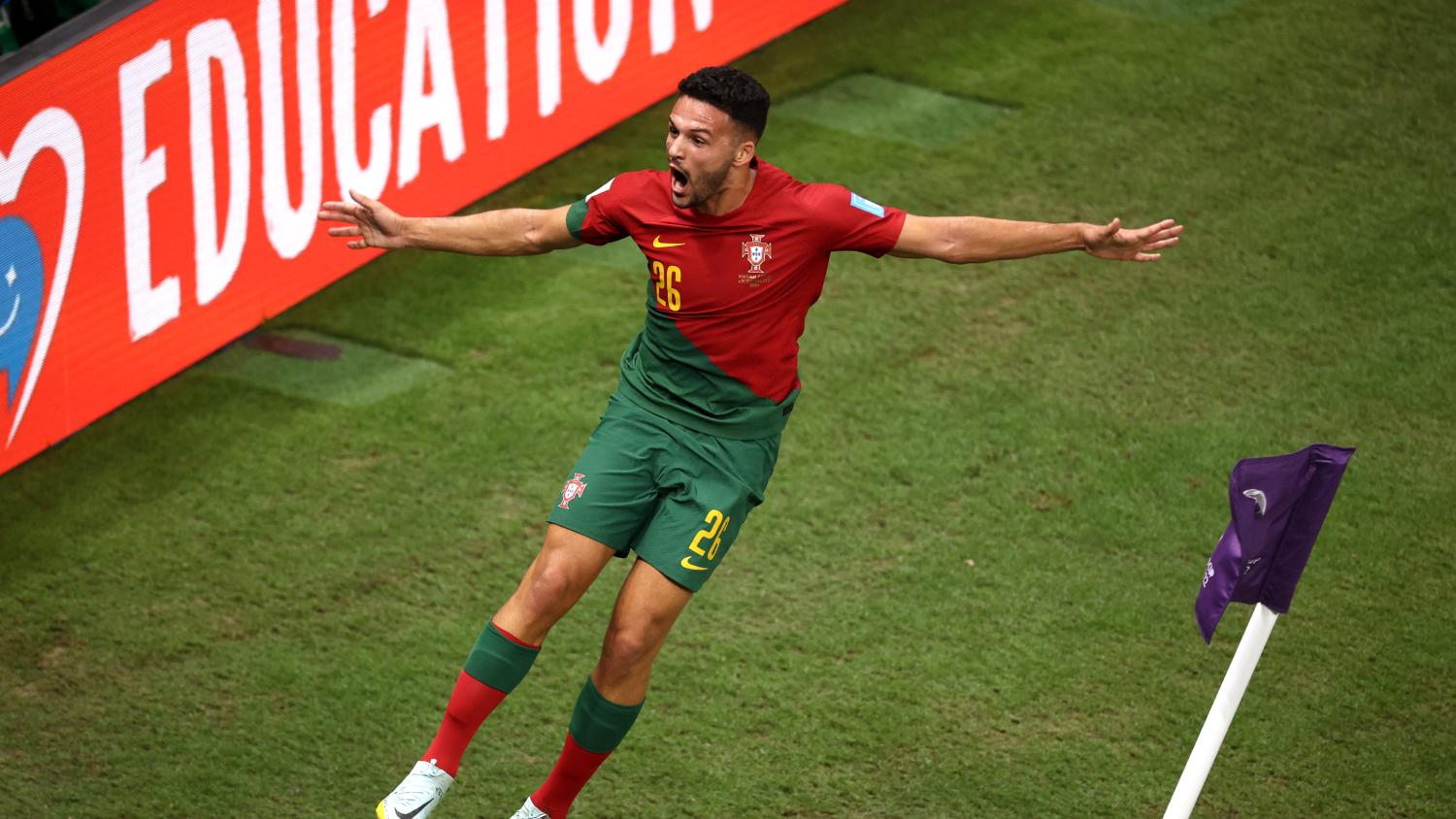 Well, that was emphatic.
Getty Images

Portugal must have seen Brazil’s emphatic drubbing of South Korea on Monday and thought, “that’s it?”

Without Cristiano Ronaldo in the starting 11 for its knockout round tie against Switzerland, Portugal was allowed to breathe going forward and discovered its creative side, without having the attacking muzzle that is Manchester United’s newest abdication.

Fernando Santos’ side looked superb scoring six on a Swiss side that had only conceded three goals in the group stage. Superb enough to warrant a list of their best goals from the match, so for the first day without World Cup soccer since Nov. 19th, enjoy some Portuguese perfection.

Th 39-year-old gives Portugal a 2-0 lead in the first half pic.twitter.com/VMvXpvLzfR

The winner for Portugal, in the end, was scored by their most senior player. The former Real Madrid center back met the corner kick and steered it goalward from close range to double his side’s advantage. Good goal, but when compared with the rest of the goals on the day, fairly standard. Good enough to give Pepe the record for the oldest men's player to score in the World Cup knockout round though, so we're sure he won’t be complaining any time soon.

The Dortmund full-back has been amazing going forward for Portugal, especially at international tournaments. His great finish on the back of a smooth counterattack put Portugal up 4-0 and effectively ended any hope of a comeback.

Have yourself a day Gonçalo Ramos

Portugal is cruising against Switzerland pic.twitter.com/ahQGkmDJKL

Ronaldo’s replacement on the night took his chance, bagging a brilliant hat trick with three impressive goals. His second was a great finish from close range through the keeper’s legs to keep Portugal’s momentum going into the second half. It says a lot about his play that this was his least impressive of the lot.

Right back in with the goal that secured the 21-year-old the first hat trick of the tournament. Bernardo Silva’s fortunate pass found João Félix who calmly held up play and sent a masterful pass through to Ramos. The Benfica striker baited Yann Sommer before chipping his shot beyond the Swiss keeper and into the back of the net. Class personified on the world’s biggest stage.

Portugal saved one of its best for last when AC Milan’s star forward entered the pitch late on and scored within five minutes. After beating his defender, he sent a wonderful curling shot from the corner of the penalty area, into the side netting at the far post and beyond a helpless Sommer.

Adding insult to injury, the 23-year-old hit the griddy with his celebration. A bit different from Brazil’s version of samba soccer yesterday, but still fun. Worthy of the top spot were it not for Portugal’s first on the night.

Gonçalo Ramos who got the start over Ronaldo puts Portugal on top pic.twitter.com/zJKwysZhTK

Too fast? Don’t worry, you’re not alone. Even the camera operators couldn’t keep up.

WHAT A STRIKE BY RAMOS pic.twitter.com/P7NLzsiU7s

A stunning strike set the tone for the night and told the world, “Hey, you should be watching this kid. He’s pretty good at this whole soccer thing.”

With a defender draped on his back, Ramos had the composure to turn and hit a strike from the most insane of angles. He put everything behind the shot sending it flying past a motionless Sommer who perhaps wasn’t expecting the shot, couldn’t see it, or maybe a combination of both. Regardless, the ball found its way into the roof of the net, by way of the upper corner. He could not have placed his shot better if he had picked it up and put it there. Simply breathtaking.