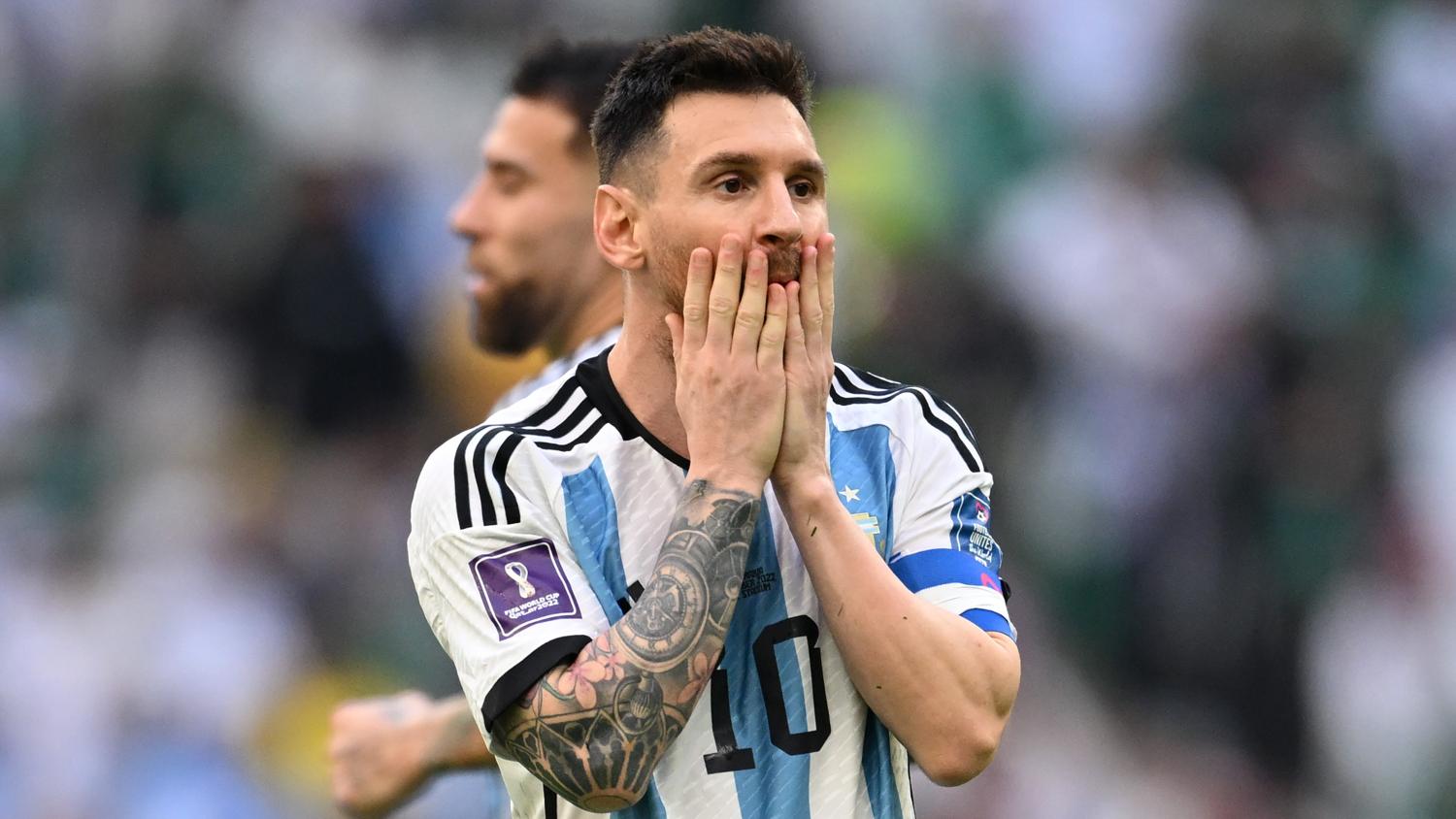 Is it 2018 all over again for Argentina?
Getty Images

Argentina, ranked third in the FIFA Rankings and a trendy pick to win the World Cup, has suffered one of the greatest upsets in tournament history after Saudi Arabia, ranked 51st and expected to finish fourth in Group C, went toe-to-toe with the South American giant and prevailed 2-1.

The match had presented Argentina with a chance at equaling Italy's international record of 37 games unbeaten, but that streak is over and more importantly, La Albiceleste are in serious trouble with Mexico (Nov. 26) and Poland (Nov. 30) up next.

It all started dreamily for Argentina. At the heart of it was the nation's captain, Messi, who scored the opener.

The 35-year-old entered the tournament on the back of some dominate performances for club side PSG, and that terrifying form was evident as early as the second-minute when Messi forced a good save from Mohammed Alowais.

It didn't take long for Messi to get a shot on goal ⚡️ pic.twitter.com/z3qa3ayw4H

A few minutes later, the VAR brought the ref to the pitch-side monitor to look at a Saudi Arabia foul during an Argentina corner, and that brought Messi to the spot in the 10th minute. He converted for his 92nd international goal.

Messi thought he had Argentina's second in the 22nd, but the assistant referee correctly flagged for offside.

Messi was this close to having a second goal pic.twitter.com/2dBvJpQiCm

In the 35th, Messi released Lautaro Martínez but his effort was also chalked off.

Argentina has now had three goals taken away pic.twitter.com/rFMg7O1wvO

At halftime, Argentina's lead was just the single goal, but it only looked a matter of time before Saudi Arabia's high defensive line was solved and the floodgates opened.

That was not the correct take.

Three minutes into the second half, some ponderous Argentina defending presented Saleh Alshehri with a chance and he tucked it into the corner. Five minutes later, Saudi Arabia's Salem Aldawsari reminded the world that there was more than one No. 10 on the pitch.

This is the best goal of the tournament so far.

Suddenly everything felt eerily similar to how Iceland and Croatia made life hell for Messi and Argentina at Russia 2018.

Argentina manager Lionel Scaloni took action. Cristian Romero (beaten on the equalizer), Papu Gómez (ineffective out wide) and Leandro Paredes (getting overrun) were identified as the biggest underperformers and hooked.

Messi was having trouble getting the ball in space and frequently crowded out in the attacking third. In the 80th, Messi drew a soft free kick 25 yards out, but his shot curled high and wide and the frustration was evident.

In the 84th, it looked like Messi was elevating to nod home an equalizer at the far post, but he couldn't generate enough power or direction on the header and the keeper easily caught it.

Messi finished with four shots, three on target, and one goal, but he didn't create as much as you'd expect (0.23 expected assists). The fact that he only hit on 80 percent of his passes (32/40) and was dispossessed three times spoke to Argentina's increasing desperation and Saudi Arabia's resolute defense.