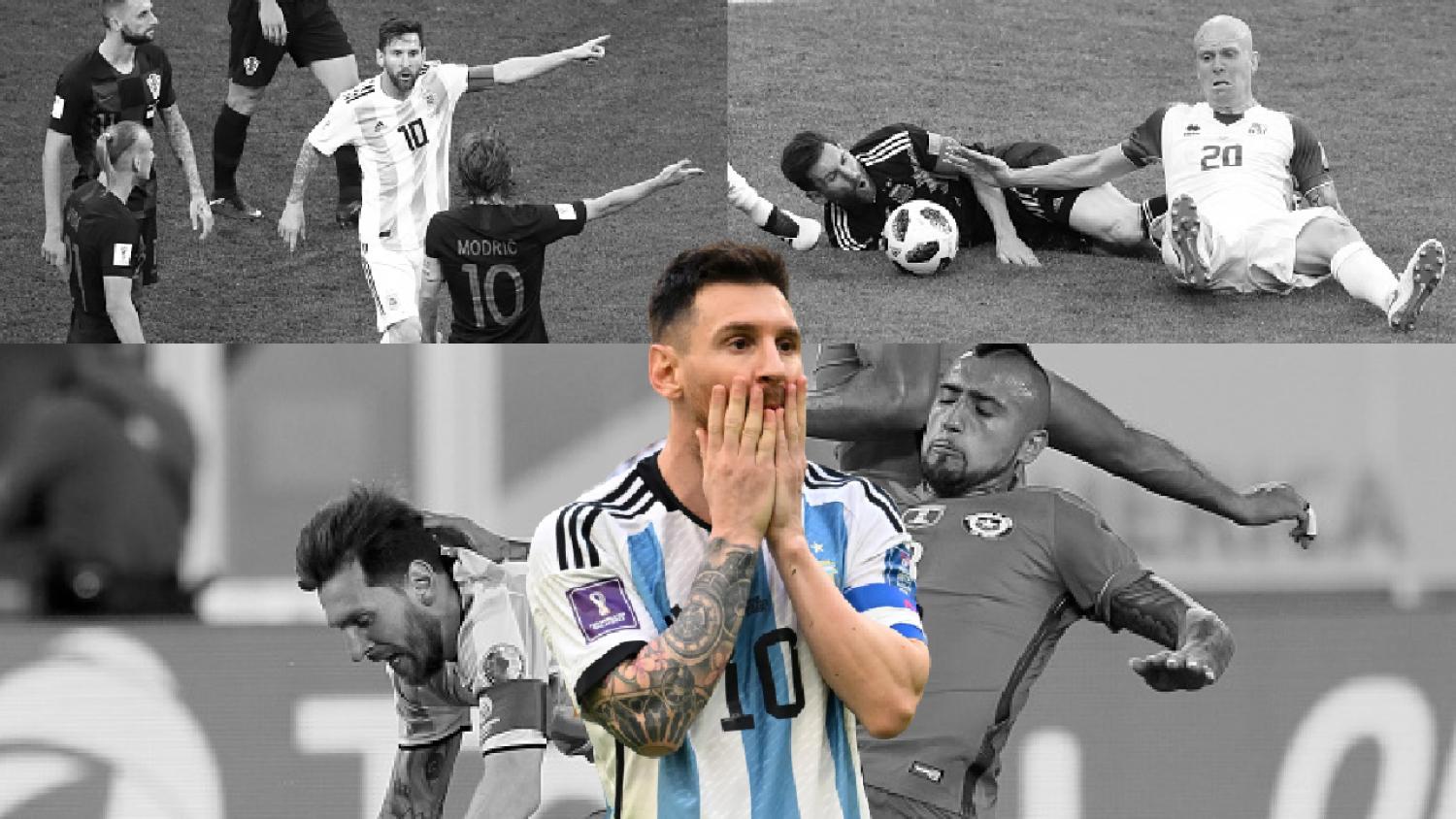 Here's what Lionel Messi had to say after Tuesday's upset.
Getty Images

Argentina's path to a third World Cup title got off to a disastrous start Tuesday after Saudi Arabia shocked the South American champions with a 2-1 upset that sent Lionel Messi and La Albiceleste hurtling back into traumatic memories of Iceland, Croatia, France and Chile.

The opening 45 hinted at nothing to come as Lionel Messi opened the scoring from the spot in the 10th minute. Argentina also had three goals chalked off, but that was largely a testament to Saudi Arabia's high defensive line that ultimately caught their opponent's offside 10 times.

Rather than sitting back and inviting death by Messi, Ángel Di María and Lautaro Martínez, Saudi Arabia got confrontational and caused all sorts of problems for Cristian Romero, Leandro Paredes and Rodrigo De Paul.

In many ways Saudi Arabia took Argentina's successful formula of the last few years and used it against them to better effect. The game quickly turned on its head after the second-half restart with the Green Falcons scoring twice in a five-minute span between the 48th and 53rd minutes. Messi lamented that short period after the match.

"In five minutes of mistakes that we made, we went 2-1 down and then it was really tough and we lost organization and started punting the ball," he said. "We knew they were a team who would play if we let them... They did not surprise us, we knew they could do that."

Leo messi has never been more confused. Wtf was that game Argentina pic.twitter.com/bqoJ9WPduE

The bad news for Argentina is that it doesn't get any easier. The team returns on Saturday in a must-win against Mexico, and then it's Robert Lewandowski's Poland next Wednesday.

"It's a situation that this group of players has never been through, it's been a while since we suffered such a tough blow, we didn't expect to start like this," Messi said. "Things happen for a reason. We have to prepare for what is coming, we have to win, and it depends on us. There are no excuses. We are going to be more united than ever. This group is strong, and we have shown it.

"Obviously we have to win and win now. It's up to us to fix what we did wrong and get back to the basics of who we are. We're OK, obviously hurt by the result, very bitter. But people must trust that this team will not let them down and we are going to go for it in the next two games. We've played games of this nature before and we're going to perform well. Now's the time to be more united than ever, to show how truly strong we are."