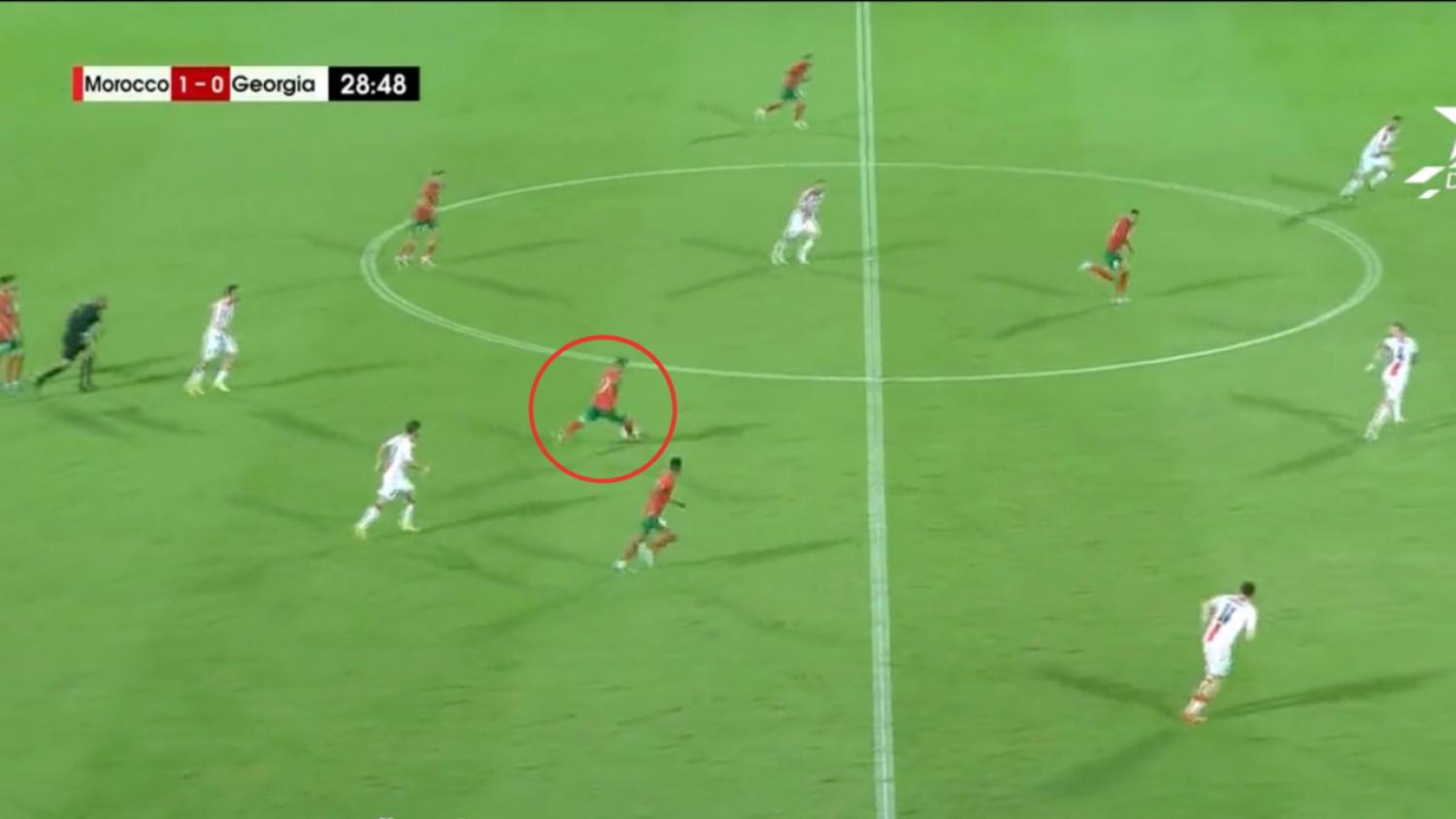 Can the Atlas Lions do damage against Croatia, Canada or Belgium?
The18

Hakim Ziyech is a shooter. We've forgotten that this year with the Moroccan winger rarely playing for Chelsea, but when the goals were flying in at Ajax he was averaging 5.3 shots per game, and when he last represented his country at a major tournament (AFCON 2019) he was firing off 4.5 per game.

Ziyech has only just returned to Morocco's squad after a brief international retirement because of a fallout with previous manager Vahid Halilhodžić. In fact, prior to Thursday's friendly against Georgia, Ziyech's last goal for Morocco was against the Central African Republic on Nov. 17, 2020.

Exactly two years to the day, Ziyech got his 18th international goal on his 43rd appearance Thursday. Again, the man's a shooter — he'll let it fly from anywhere, even inside his own half.

HAKIM ZIYECH'S FIRST GOAL FOR MOROCCO SINCE 2020 WAS DEEP.

With Sadio Mané ruled out for Senegal with a heartbreaking injury, Morocco is now arguably Africa's strongest side. The Atlas Lions open play Wednesday against Croatia at Al Bayt Stadium in Al Khor.