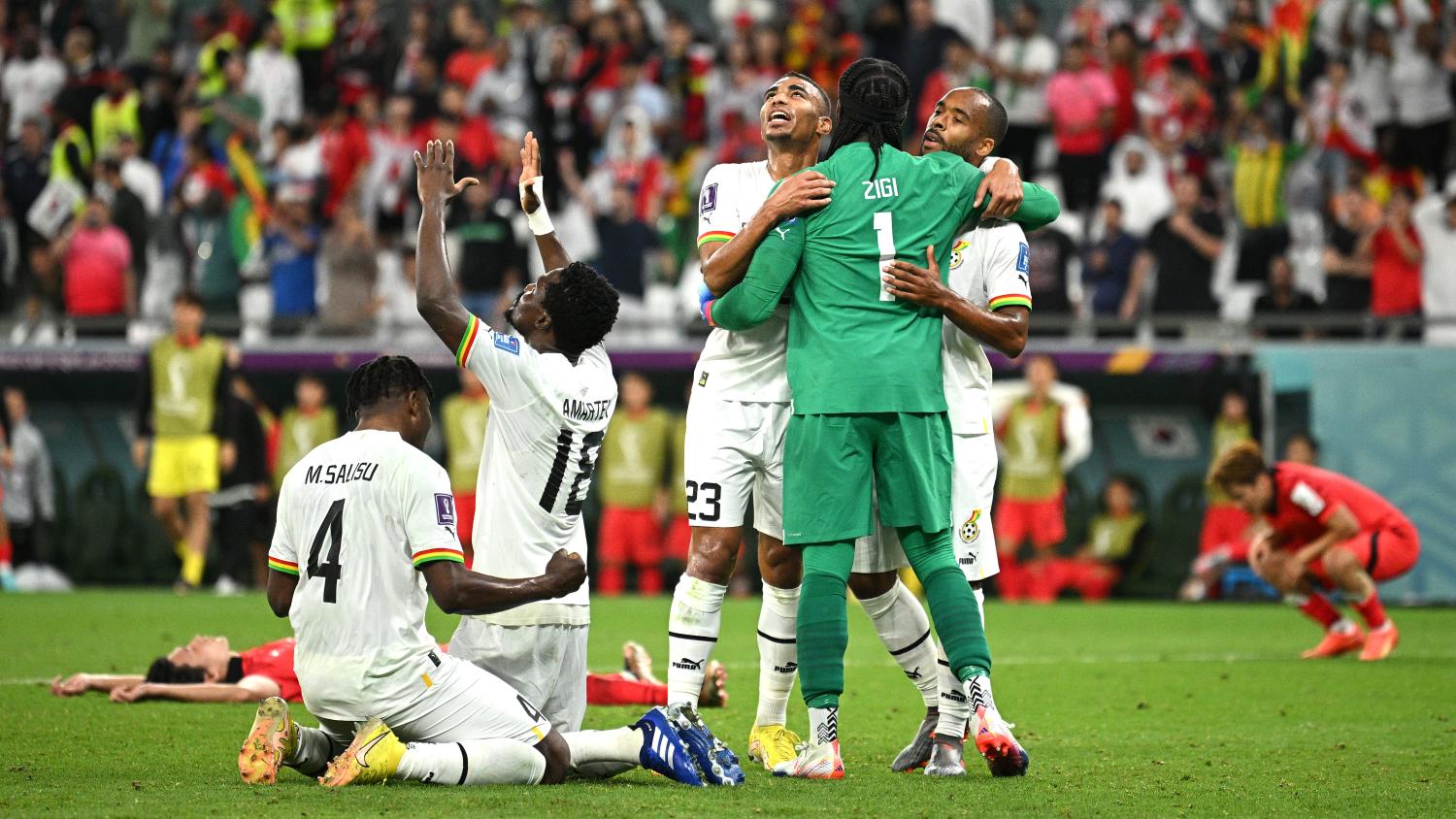 It is official. Soccer is the greatest sport on earth. Source: Monday’s early World Cup kickoffs.

Ghana looked in control against South Korea with two first-half goals, but they have the youngest team at the tournament and their inexperience snuck through around the hour mark when Cho Gue-sung scored a three-minute brace to level the score at two. With the game in the balance, up stepped Mohammed Kudus.

The Ajax midfielder produced a moment of Ghanaian history as he scored to regain the lead with a relaxed and emphatic finish. The goal marks the first time that Ghana has ever scored three goals in a World Cup match and earned them just their fifth win in the competition. The 22-year-old had scored his side’s second as well, with a flicked header in the first half.

The pass by Jordan Ayew to set up the goal was a beauty pic.twitter.com/erlUHayiBg

On the biggest stage, Kudus showed the world what he's made of pic.twitter.com/Z67WN0xMHP

South Korea pushed desperately for another equalizer, but despite 10 additional minutes of added time, referee Anthony Taylor blew his whistle to end the match with Ghana winning 3-2. With the South Koreans preparing to take a corner kick when time was called, manager Paulo Bento was incensed and Taylor subsequently sent him off for his protests.

South Korea's Head Coach, Paulo Bento is given a red card after the final whistle pic.twitter.com/eOoGHl9LLf

Matchday two has been a redemption story for African nations with Senegal, Morocco and now Ghana all winning while Cameroon earned a highly entertaining 3-3 draw earlier today against Serbia. Every African team is still in with a shot of qualifying for the knockout round, so keep an eye on this week’s final fixtures.