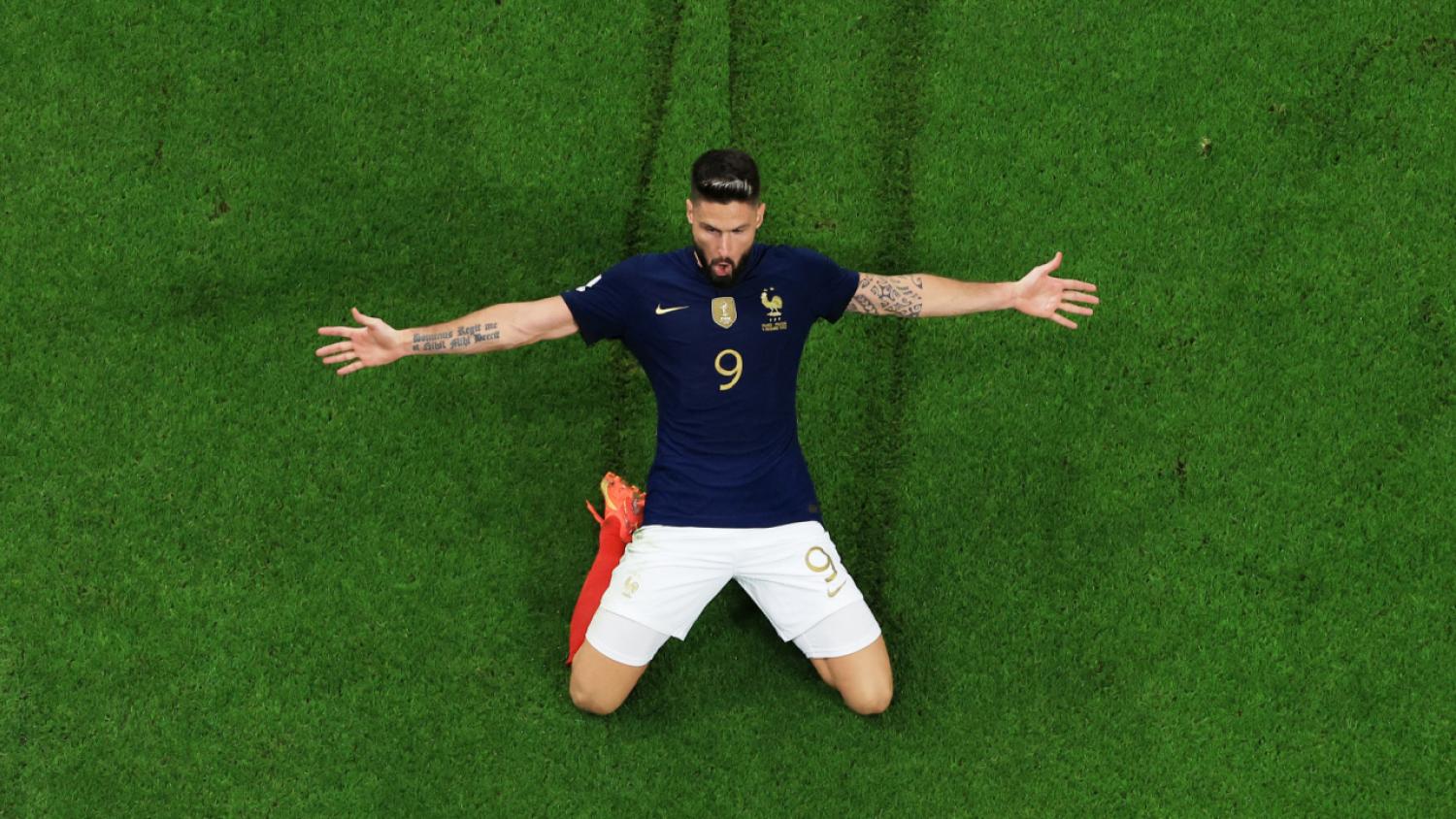 Giroud has now scored more goals than Thierry Henry and every other Frenchman after his 52nd strike for Les Bleus.
Getty Images

Atop a mountain of French icons, Olivier Giroud stands alone. The AC Milan forward officially beat Thierry Henry’s France goal-scoring record with a great finish against Poland in the World Cup Round of 16 for his 52nd goal for Les Bleus.

His record-breaking goal came just before halftime, as Giroud made a run in behind the defense, controlled the pass and buried his shot into the ground, allowing it to pop up and beyond Wojciech Szczęsny, who had been phenomenal for Poland in this tournament.

He went on to score a second which was ruled out for a foul in the build-up, denying us an all-time World Cup goal. Classic Giroud.

Olivier Giroud is feeling it today

The goal doesn't count after a foul is called, but this bike kick was pic.twitter.com/sAMQ3BkATM

The 36-year-old, who has been a constant fixture in the national team since 2011, has always had a knack for finding the back of the net with France. During his time with Arsenal and Chelsea when many were critical of his performances, he kept scoring for his national team. This combination of consistency and longevity is what sets him apart when he suits up for Les Bleus.

Surpassing the likes of Jean-Pierre Papin, Just Fontaine, Zinedine Zidane, Michel Platini and most recently Henry is something that nobody will ever take away. The likes of Antoine Griezmann or Kylian Mbappé have every chance of beating his record down the road, but the Chambéry native will forever have a place among the greatest in history.

It was only a matter of time

Mbappé makes it 2-0 for France pic.twitter.com/1vA2MFjR82

He scores his FIFTH goal of the 2022 FIFA World Cup pic.twitter.com/ZevekmF47V

France continued its phenomenal run through the tournament with a composed 3-1 win over Poland, with Mbappé adding a second and third in the second half. At this rate, Giroud’s new record may not be his for much longer.

The French will face either England or Senegal in the quarterfinals on Saturday, December 10th.