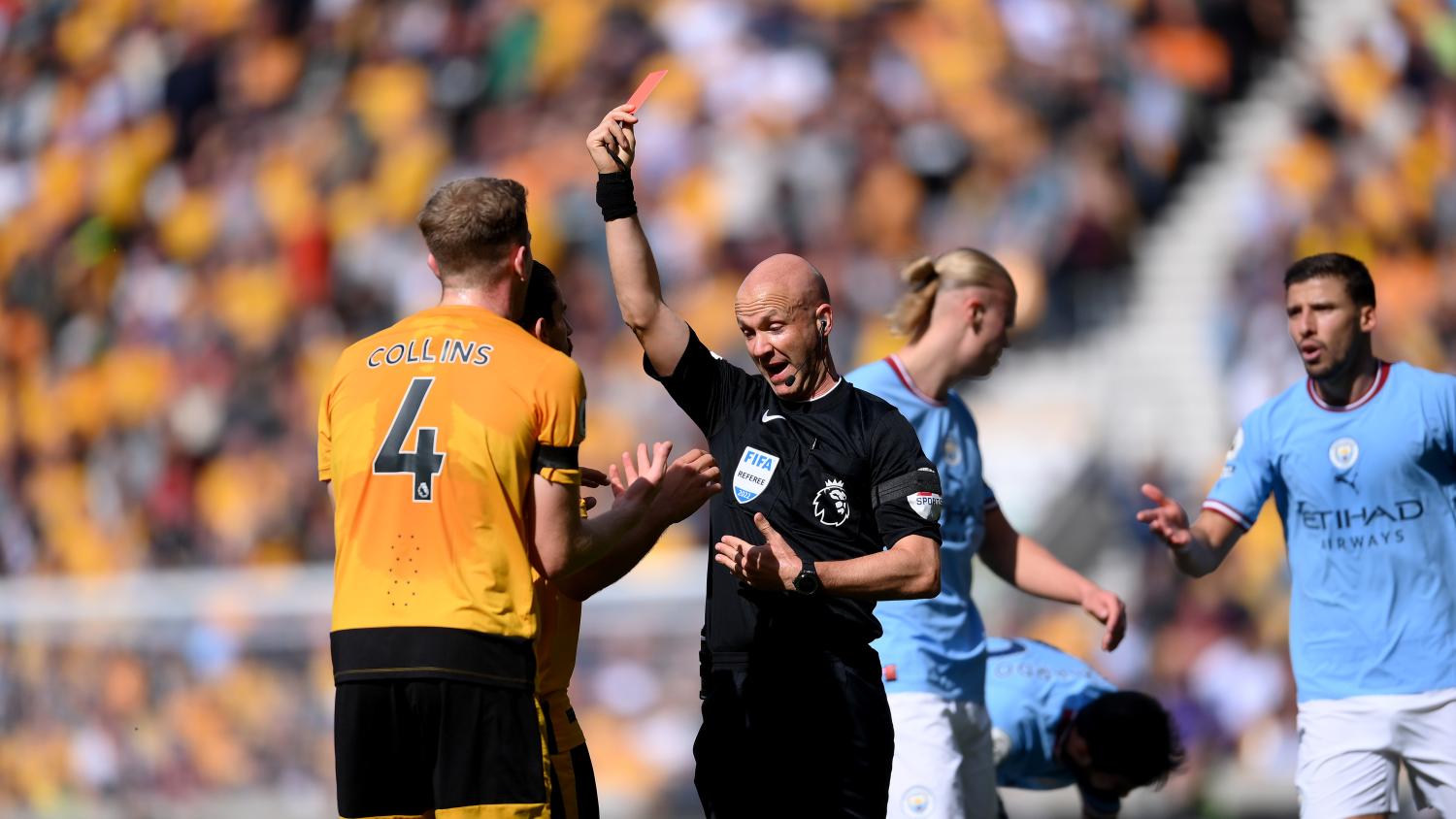 This tackle from Nathan Collins is about as bad as any you'll see this season.
Laurence Griffiths | Getty Images

It doesn't seem fair to even call it a tackle. A more apt description would be “murder attempt.” Wolves found itself behind early against Manchester City, but center back Nathan Collins almost killed Man City winger Jack Grealish with a ridiculous challenge, as City cruised to a 3-0 win.

A straight red card to Nathan Collins for this foul on Jack Grealish. Wolves are down to 10 men.

It is no secret that Grealish is fouled a substantial amount. What happened with Collins, however, had little to do with Grealish’s playstyle.

Just after the half-hour mark, Grealish fielded a pass in the air inviting Collins to press him. With a vicious rush of blood to the head, Collins threw a boot in above waist level, studs up and straight into the abdomen of the Man City winger.

There could be little protest as referee Anthony Taylor went straight for the red card to give the Irish international his marching orders.

Man City jumped ahead after just 55 seconds when Grealish scored his first goal for Man City this season. A second from Erling Haaland in the 16th minute was inevitable as the Cityzens continued to push forward.

Phil Foden made it 3-0 roughly midway through the second half, stopping any chance of a comeback from Wolves in its tracks.

A QUICK start for Manchester City!

Not even a minute into the match Jack Grealish finds the back of the net for City. #MCFC

Man City is still undefeated this season, but two draws have allowed Arsenal to retain the top spot, even with its loss away to Manchester United two weeks ago. The win against Wolves puts the Cityzens back atop the league until Sunday at the earliest.