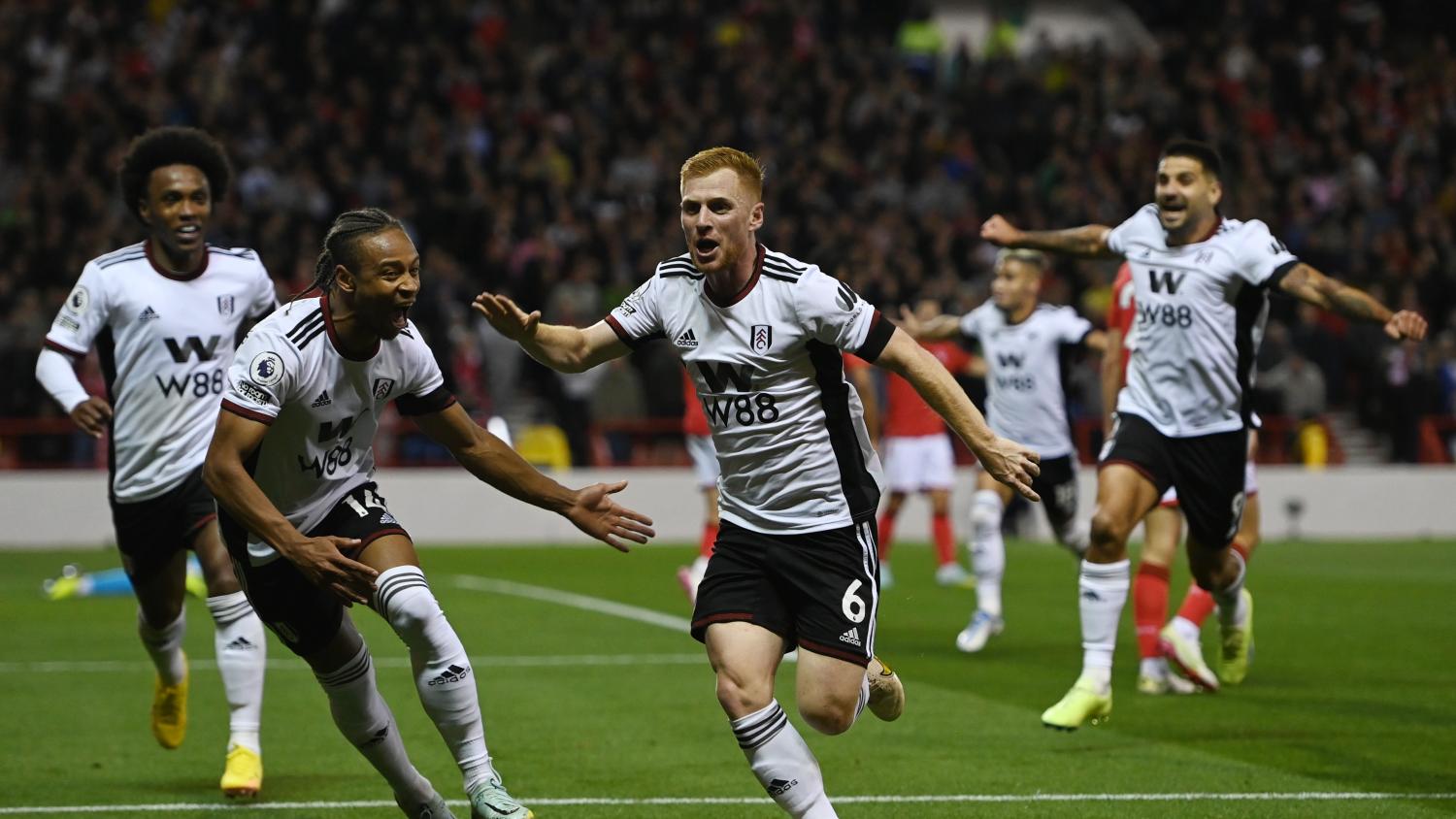 Marco Silva's men won 3-2 thanks to a flurry of goals just before the hour mark.
Gareth Copley | Getty Images

A fabulous surge of goals from Fulham shocked Nottingham Forest 3-2 at the City Ground on Friday night. Three goals from three different scorers in six minutes is massively impressive, especially considering none were scored by the Cottagers’ top scorer Aleksandar Mitrović.

Fulham level the match thanks to Tosin Adarabioyo's goal off of the corner kick!

JOAO PALHINHA WITH A ROCKET TO FIRE FULHAM INTO THE LEAD!

Fulham scores its third goal in just over 5 minutes!

This time it's Harrison Reed scoring his first goal for the team and the lead is 3-1.

After trailing early, Fulham leveled the match through Tosin Adarabioyo when the center back brilliantly headed home from a corner kick. Before Forest manager Steve Cooper could even think, João Palhinha put Fulham ahead with a stunning effort from just outside the penalty box that rocketed past Dean Henderson and into the top corner.

Sensing blood in the water, the Cottagers pounced and doubled their lead as Harrison Reed scored his first goal for the club on a volley from just behind the penalty spot. The triple from the away side was enough to see out the challenge from Forest.

Taiwo Awoniyi is in the right place at the right time and Nottingham Forest take an early 1-0 lead over Fulham!

Former Union Berlin striker Taiwo Awoniyi gave Forest an early lead from a corner, but the 1-0 lead for Cooper’s men only lasted as long as the first half.

Lewis O'Brien scores for Nottingham Forest and the deficit is cut to one goal with just over 13 minutes remaining!

A second from Lewis O’Brien ensured a tense final 12 minutes on the banks of the River Trent. Despite several chances for both sides, the score remained and saw Fulham jump to sixth in the league, ahead of Liverpool and Chelsea. Marco Silva’s side will hope to keep this momentum going against Newcastle after the international break.

Forest’s struggles continued as the club currently sits in the relegation zone, just three points above its next opponent, Leicester City in last.