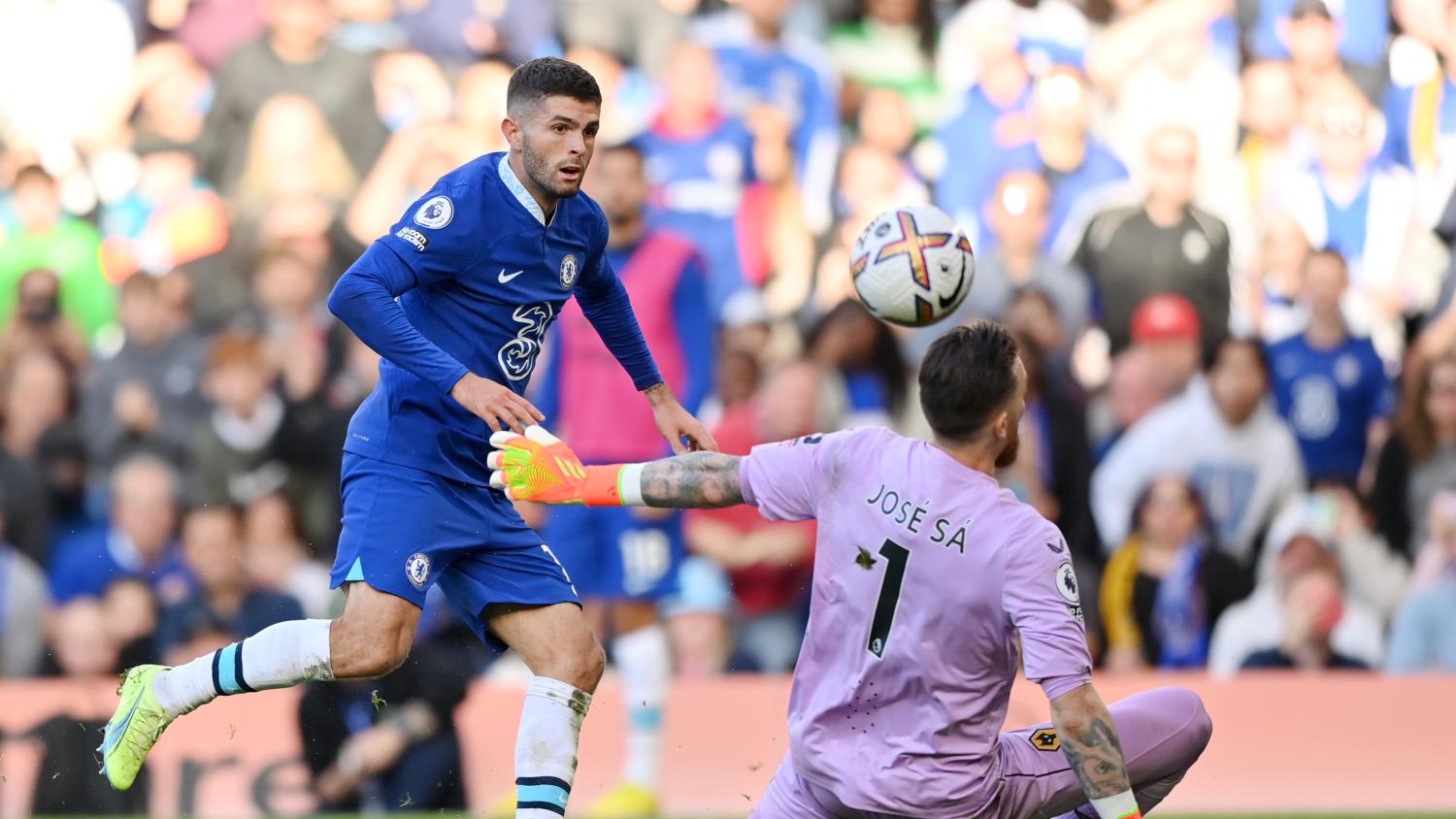 The drought is over!
Getty Images

Christian Pulisic opened his scoring account for the 2022-23 season on Saturday as he scored in Chelsea’s 3-0 victory against Wolves. After drama with former manager Thomas Tuchel and limited starts, the Pulisic goal vs Wolves ends his 150-day scoring drought for Chelsea.

New Blues boss Graham Potter started Pulisic for the first time this season since he took over as manager. The American came on as a substitute last week and picked up the game-winning assist vs. Crystal Palace.

Potter rewarded Pulisic with a start on Saturday. With Chelsea leading 1-0 in the 54th minute, Pulisic linked up nicely with Mason Mount before lifting the ball over Wolves goalkeeper José Sá

An ice cold chip over Sa from Pulisic.

The last time Pulisic scored wearing a Chelsea shirt was May 11 against Leeds United.

There were several other good chances for CP10 in the first half all within an 11 minute-span.

He had a decent look at goal in the 20th minute but skied his shot over the bar. Six minutes later Sá came out of his goal and failed to get the ball. Kai Havertz passed the ball back to Pulisic, but the American lost possession. Two minutes later, Pulisic was wide open in the penalty area but couldn’t get his headed effort on target.

The American’s best moment of the first half came in the 31st minute when he took a bending shot from 25 yards out that forced a magnificent save from Sá.

Christian Pulisic forces Sa into a save with a beautiful shot from outside the box.

Chelsea’s first goal of the game came on the stroke of halftime when Mount put in a perfect cross that Havertz headed in.

Havertz heads Chelsea into the lead just before the half!

Chelsea product Armando Broja put the icing on the cake in the 90th minute with the third goal.

Pulisic, Mount and Havertz have all been heavily criticized for their lack of goal contributions this season. There won’t be any negative talk this week as Mount assisted both of his attacking partners.

Chelsea will be back in action on Tuesday when the Blues take a trip to the San Siro for Champions League action vs. AC Milan.