USWNT gets revenge with thrilling comeback win over Germany 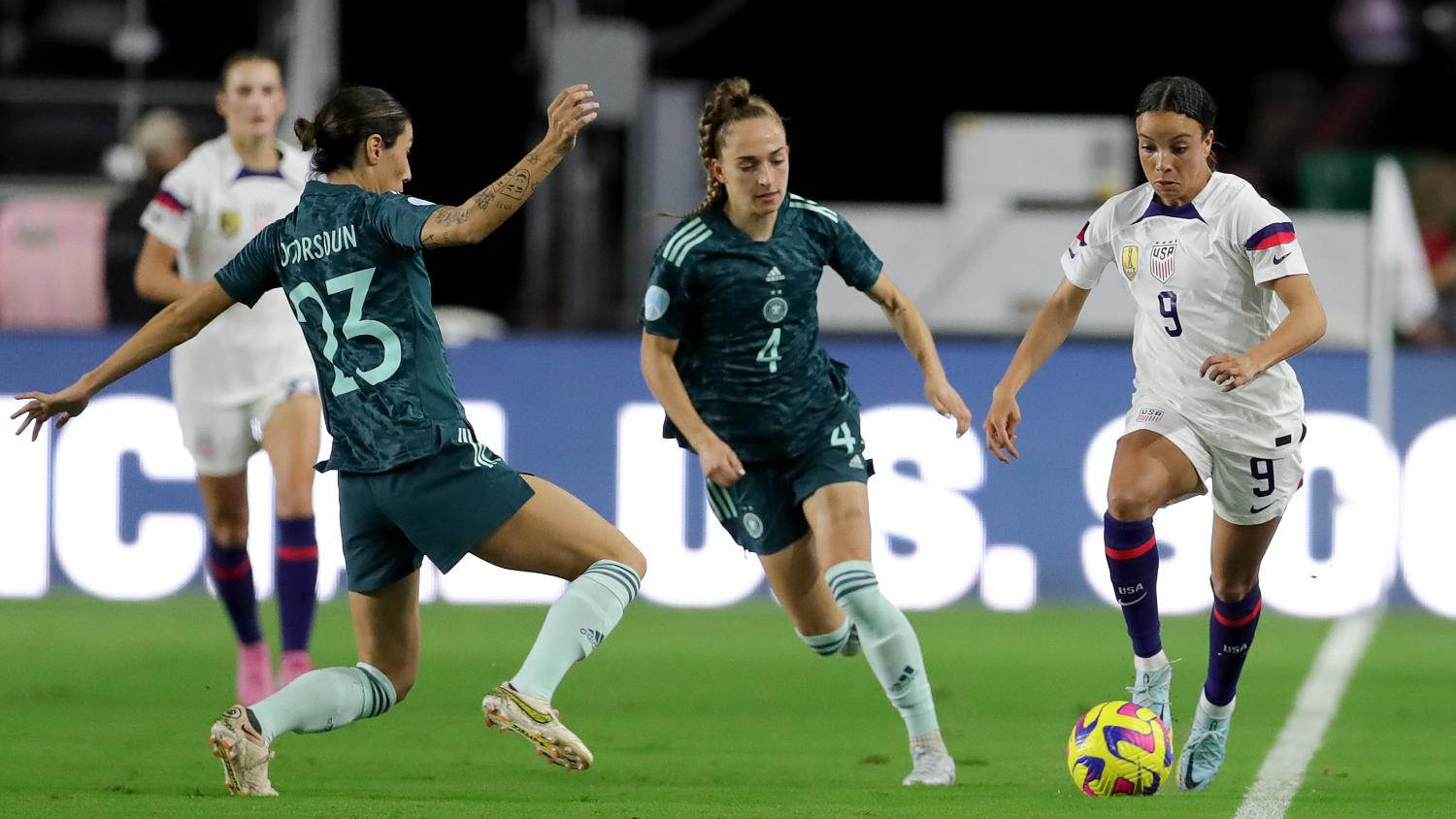 Staring at an unprecedented fourth straight defeat after Jule Brand had given Germany an early lead at Red Bull Arena in New Jersey on Sunday night, the USWNT's misfiring forwards sprang to life in the second half with two goals in a two-minute span to get the squad back on track.

Thursday night's defeat to Germany in Florida had seen Sophia Smith and Mallory Pugh miss big chances, but manager Vlatko Andonovski said it was only a matter of time for the goals to start coming from them and Alex Morgan (making her 200th appearance) in the front three.

Sunday's opening 45 were not promising with Brand (the 20-year-old who created Germany's winner on Thursday) scoring in the 18th minute and the U.S. failing to land a shot on target. Questions surrounding the team's "winning culture and mentality" intensified.

But the USWNT's attack got going in the second half after goalkeeper Alyssa Naeher — restored to the starting position over Casey Murphy — came up with a big save to keep it at 1-0.

The home nation went back at Germany with Rose Lavelle and Smith combining, and it was the NWSL regular season and championship game MVP who finished after DFB-Frauen failed to clear the danger.

Shortly after the restart, Andi Sullivan played a long ball forward that Pugh managed to get on the end of before finishing one-on-one with the keeper.

A strong crowd of over 26,000 got to see an exciting second 45 with the U.S. scoring those two goals, putting five shots on target and limiting Germany's threat going the other way.

This was the USWNT's final match of 2022. They finished the year with a record of 14 wins, three defeats and one draw. They'll return to action on Jan. 17 and 20 with friendlies against New Zealand in Wellington and Auckland.

The U.S. has two World Cup group stage games in Auckland (against Vietnam on July 22 and the playoff winner on Aug. 1) and one in Wellington (versus the Netherlands on July 27).