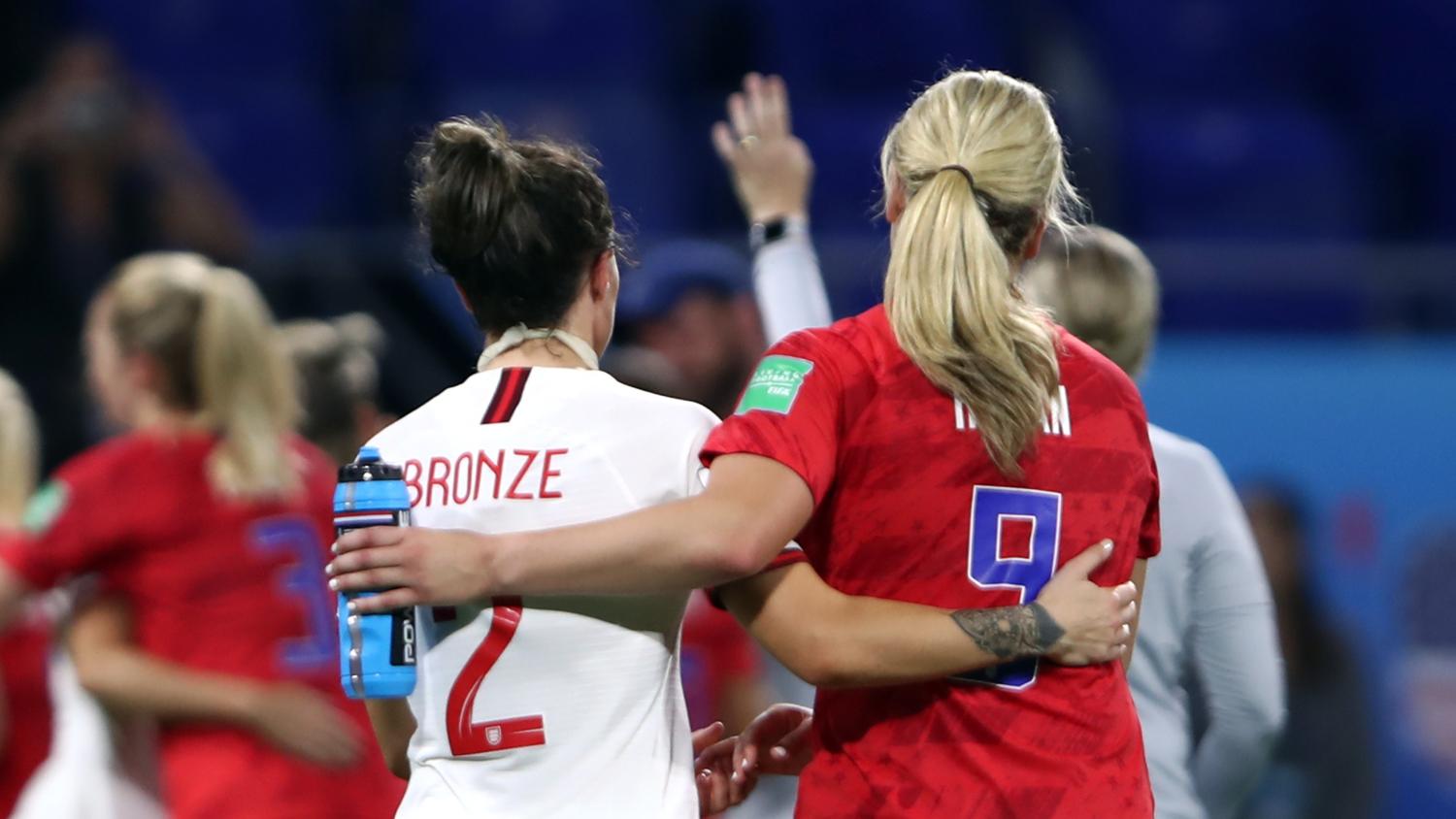 "It's not a new thing," Lucy Bronze said, "the new thing is that we're finally fighting back against it."
Getty Images

England and the United States will come together to show their support for the victims of the abuse scandal that has rocked the U.S. National Women's Soccer League (NWSL) when the countries meet in a friendly on Friday, Lionesses forward Beth Mead said.

An independent investigation this week showed abuse and misconduct "had become systemic" in the American top-flight and that the league, teams and governing body U.S. Soccer failed to adequately protect players.

"We're in contact with the American team and some of the players. We're working on something to show our support ... nothing has been finalized yet but we will be doing something," Mead told reporters on Thursday ahead of the game at Wembley. "When I found out, I was sickened by the situation. It's a worldwide problem but women need to be taken seriously... very proud of the victims that actually stood up and said it."

Mead, named England Women's Player of the Year on Thursday after a starring role in the European Championship triumph, added that the players had a good platform to make a difference.

England head coach Sarina Wiegman said the situation in the NWSL was "unacceptable."

"My first reaction is that's horrible, unacceptable that it is still happening and I feel very sorry for all the victims," she told a news conference.

U.S. Soccer said it would move immediately to implement reforms and president Cindy Parlow Cone called the investigation's findings "heartbreaking and deeply troubling," while the NWSL said it would review the findings.

England's meeting with the world champions at a sold-out Wembley will be followed by a friendly against the Czech Republic in Brighton next Wednesday.

(Reporting by Dhruv Munjal in Bengaluru; Editing by Ken Ferris)