USWNT loses third straight game for the first time since 1993 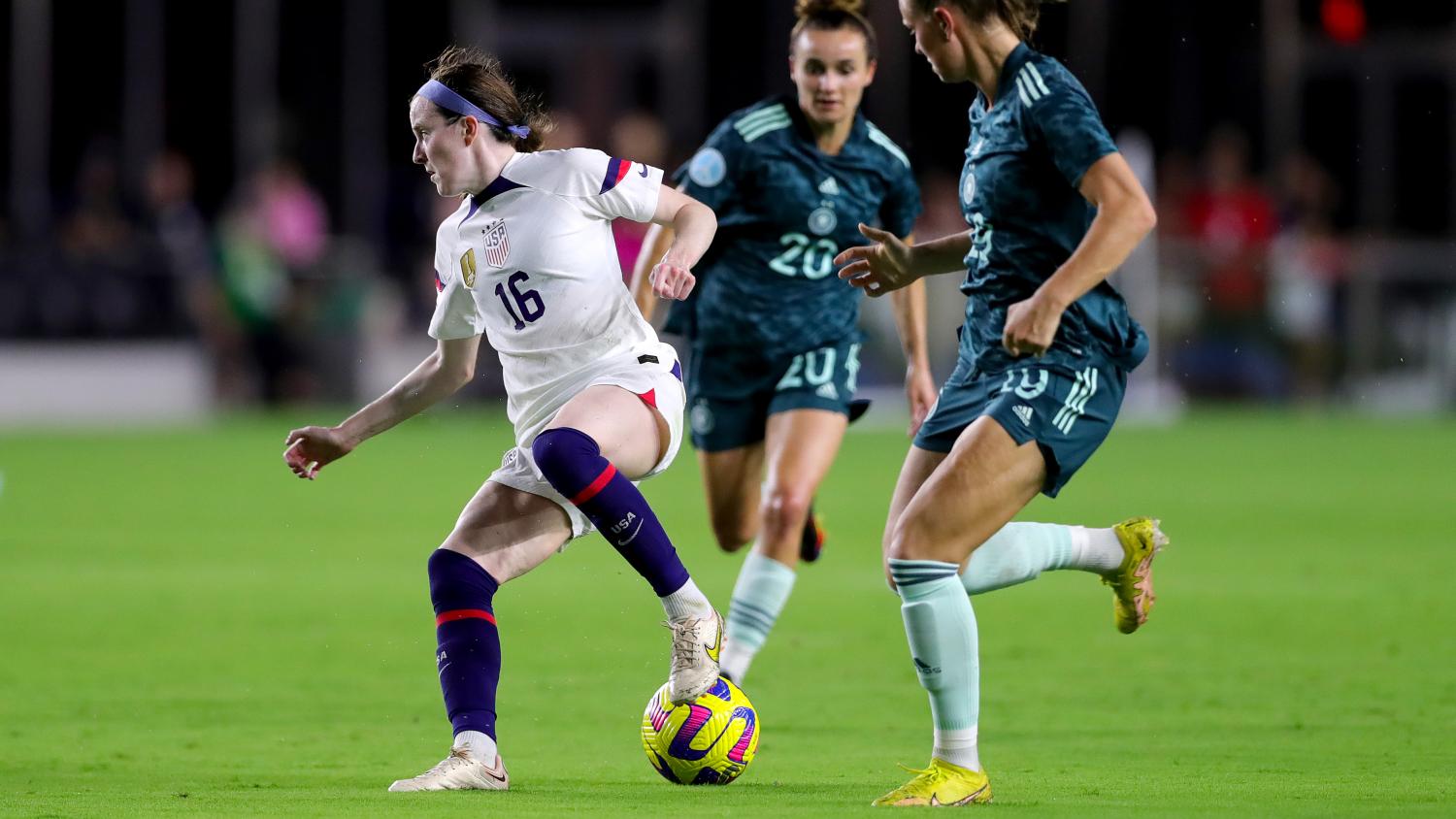 Sitting on USWNT Zoom media calls before Thursday night's friendly against Germany in Fort Lauderdale, the answer to every question was some iteration of how the squad would rebound from back-to-back October defeats to England and Spain.

The idea of the U.S. not putting things right wasn't entertained. Lessons had been learned, Alex Morgan was returning and statements would be made.

The Americans had their moments at DRV PNK Stadium — especially Rose Lavelle — in a first-half that saw Mallory Pugh, Sophia Smith and Lindsey Horan all squander big opportunities (and the refereeing unit wasn't giving anything). But Germany, the world's third-ranked team, flashed warnings of their own ability going forward.

Seven minutes into the second half, Germany scored a goal that was a microcosm of the game so far. After a period of pressure that resulted in a U.S. corner, Horan struck the base of the post with an audacious overhead kick — again, another American opportunity just missed. But suddenly Germany was breaking the other way.

DFB-Frauen charged forward with numbers and the U.S. momentarily appeared to have it covered, but the ball eventually fell to Klara Bühl and she curled an effort off the post, off the back of an unfortunate Casey Murphy and in.

Germany takes the 1-0 lead over the USWNT in Florida pic.twitter.com/yzngnbTM5k

Vlatko Andonovski made a triple change in the 62nd (Sam Coffey for Andi Sullivan, Taylor Kornieck for Lavelle and Crystal Dunn for Emily Fox) and then a double in the 73rd (Megan Rapinoe for Smith and Trinity Rodman for Pugh).

The crowd got on its feet for a Rapinoe free kick central to goal and 25 yards out in the 82nd, but even the salvation that right-foot so frequently provides was denied.

Germany just needed to hang on for the final minutes, but the defense clearly didn't get that message during an ill-fated attempt to build from the back. Morgan, who'd been playing provider all game, won possession off a heavy touch, played the perfect ball across the box and Rapinoe was there for the easy finish.

It was a deserved equalizer, but in the theme of the USWNT's wastefulness all night, it was thrown away just four minutes later.

Germany is back on top 2-1 pic.twitter.com/1Lx4lxoKuw