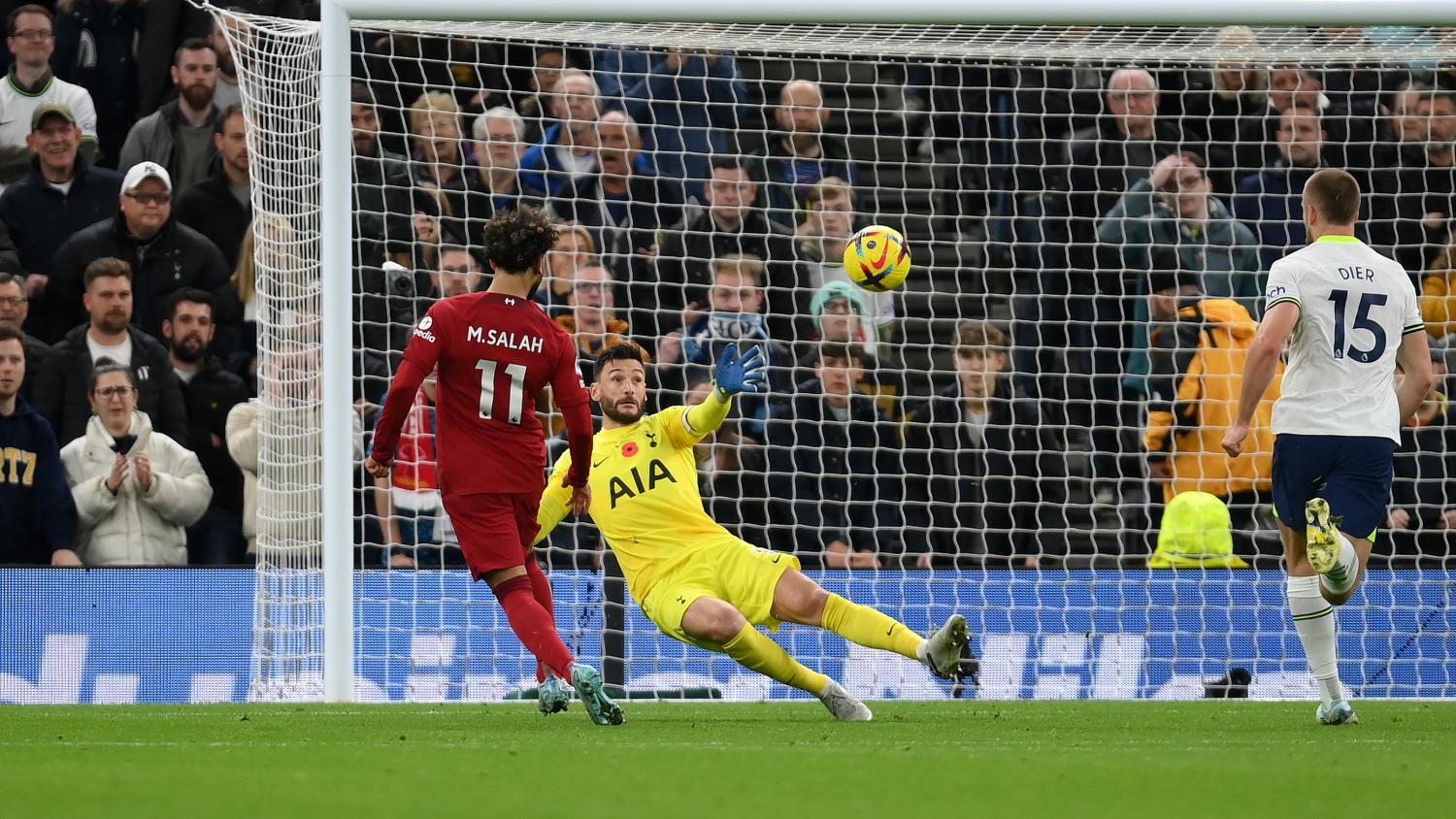 LONDON - Liverpool forward Mohamed Salah cleverly fashioned one goal and was gifted another in the first half as the visitors claimed a 2-1 win at Tottenham Hotspur in the Premier League on Sunday.

Egyptian Salah opened the scoring after 11 minutes with a precise finish while his second goal just before halftime was a gift from Eric Dier who miscued a header straight to him.

A sharp finish from Mo Salah to put Liverpool in the lead!

Mo Salah gets his brace after a poor header from Eric Dier.

The hosts had their moments, with Ivan Perišić hitting the woodwork in each half, and they could have had a penalty when Ryan Sessegnon was bundled over by Trent Alexander-Arnold.

Tottenham have a penalty shout but no penalty is given before and after review.

After the break, Spurs raised their game, boosted by Dejan Kulusevski returning from injury off the bench. He had an almost instant impact as he fed Harry Kane who scored in the 70th.

Kulusevski with the instant impact and Harry Kane cuts into Liverpool's lead!

But Liverpool weathered the storm to claim the win and end a run of two Premier League defeats, leaving them eighth on 19 points after 13 games. Spurs slipped to fourth on 26 from 14. Both sides were without key forwards, with Liverpool missing Diogo Jota and Luis Díaz, while Tottenham had lost Son Heung-min and Richarlison. That left the deadly Salah to steal the show.

Liverpool started on the front foot and striker Darwin Núñez rifled a volley towards the top corner from 22 yards that Spurs goalkeeper Hugo Lloris had to dive full-length to tip away. Four minutes later, Núñez was at it again with a right-foot effort that flew past Lloris's far post. Liverpool then took the lead when Salah controlled a pass from Núñez inside the area, turned and expertly fired a low shot into the corner with his left foot.

Spurs were under pressure but four minutes later they almost equalized when Kane broke down the right and crossed to the impressive Perišić whose header hit Alisson and then the post.

Salah was handed his second goal on a plate after 40 minutes when Dier's attempted header came off his shoulder from a long kick by Alisson and the Egyptian dinked the ball past Lloris. Tottenham started the second half much brighter, as they usually do, and Perišić was desperately unlucky to hit the bar when he met a cross to the far post from Dier.

A huge cheer greeted Swede Kulusevski when he made his first appearance for seven weeks in the 68th and two minutes later he set up Kane who fired home to rally the Spurs fans. But despite a late Tottenham onslaught, including a close-range header from Rodrigo Bentancur, Antonio Conte's side could not find an equalizer and Liverpool left with the points.