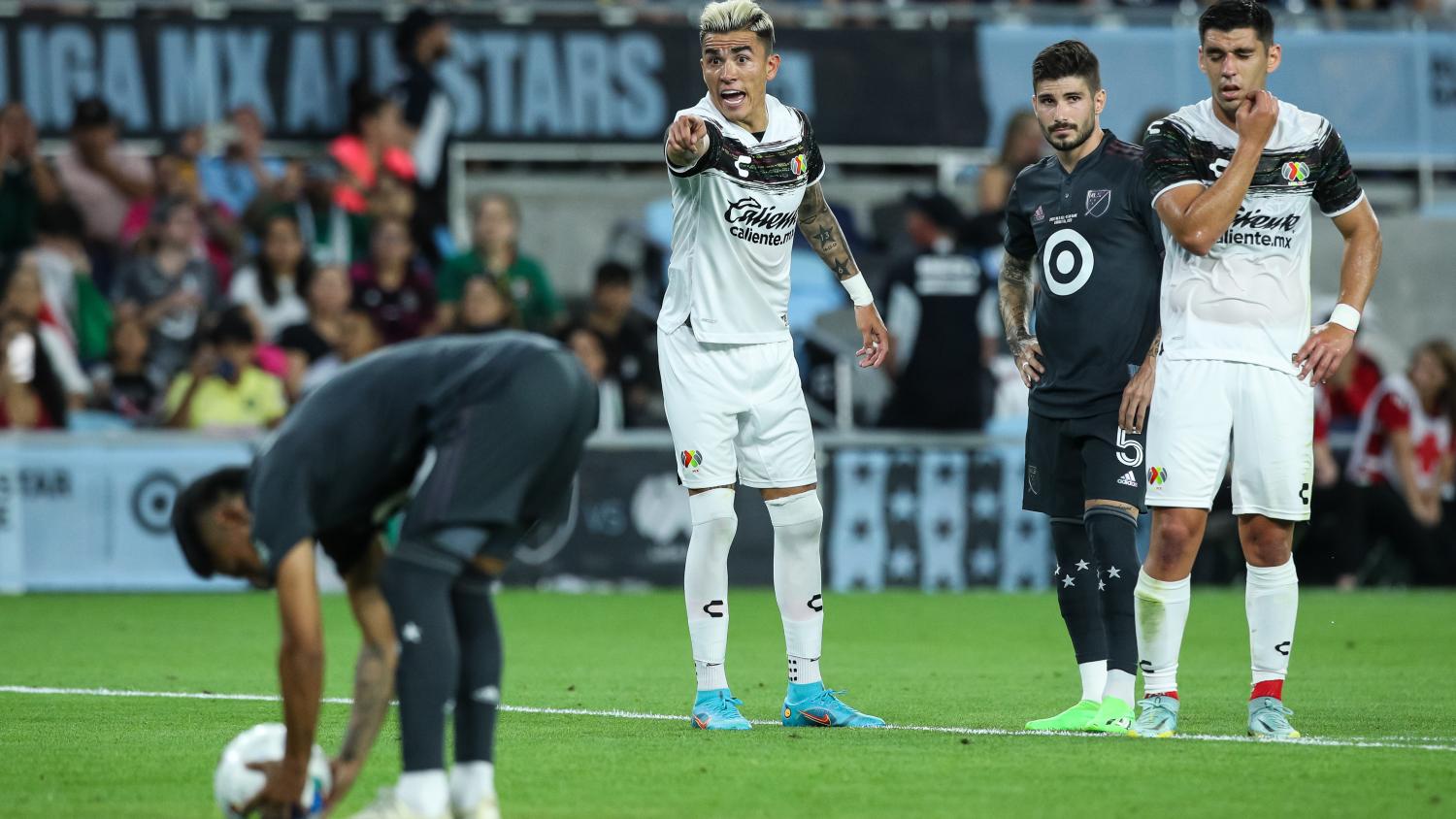 An amicable split would be best after two years of MLS vs. Liga MX.
Getty Images

The result of the 2022 MLS All-Star Game is no reason to philosophize over the shifting balance of North American soccer, but it is the perfect time to address the format of the All-Star Game itself: 2023 should see the return of a super club to play Major League Soccer's finest.

At the end of two days, it's clear that MLS provided far more entertainment than Liga MX in Saint Paul. On the basis of this All-Star Game, MLS has a lot more to offer spectators than Liga MX and that's what this match is all about. It shouldn't have the same buildup as the USMNT vs. El Tri, it should just be as fun as possible.

On Tuesday during the Skills Challenge, Liga MX provided its most memorable performance of All-Star week: Cruz Azul's Uriel Antuna failing time after time while trying to feed Luis Reyes in the Touch Challenge. The crowd at Allianz Field laughed at first, but then you could tell they really felt bad for a guy with 32 Mexico caps to his name.

Antuna epitomized the makeup of the Liga MX squad. He's never really launched his career quite like it was envisioned five years ago when signed by Manchester City, and the same could be said about the current situation of Chivas draw Alexis Vega. It's certainly fun to see players like Álvaro Fidalgo and Julio Furch but they're not household names.

The teams, from top to bottom, might still be better in Liga MX, but the individual talent is far more interesting in MLS. Imagine what it'll be like when guys like Gareth Bale, Giorgio Chiellini, Lorenzo Insigne, Federico Bernardeschi, Christian Benteke and Riqui Puig are involved next year.

"The one thing I will say is that I've been in America now for 13 years, and this is the closest it's ever been," MLS All-Star and Minnesota United manager Adrian Heath said after the match. "If you'd have gone back 10 years in this type of game, I would've expected Liga MX to win. Every time the U.S. plays Mexico now I'm not sure who's going to win the game. That speaks volumes for the ownership groups for these clubs, who've invested big sums of money, to put the quality on that you've seen this evening."

What the MLS vs. Liga MX game does do is draw an extremely boisterous, knowledgable and engaged crowd. Once Héctor Herrera was spotted in the upper deck, he was serenaded with compliments about his handsomeness; the chants of "México" were the loudest all game; when Kevin Álvarez pulled one back with a decidedly saucy shot in the 84th-minute, everyone took up the "sí se puede."

I saw MLS All-Stars vs. Tottenham in 2015 at Dick's Sporting Goods and I don't remember a single song or chant all game.

But the joy and fun of all that turned sour very late with Sean Johnson standing over a goal kick and the homophobic "puto" chant reverberating loud and clear from the Wonderwall section. To have that stand, which has built itself on the principle of this game being for everyone, turned into a megaphone for hate was disgusting.

The All-Star Game should return to MLS vs. Liga MX somewhere down the road, but with the Concacaf Champions League only getting better and the Leagues Cup only getting bigger to satisfy our USA vs. Mexico desires, it seems like 2023 will be the right time to return to the previous format.