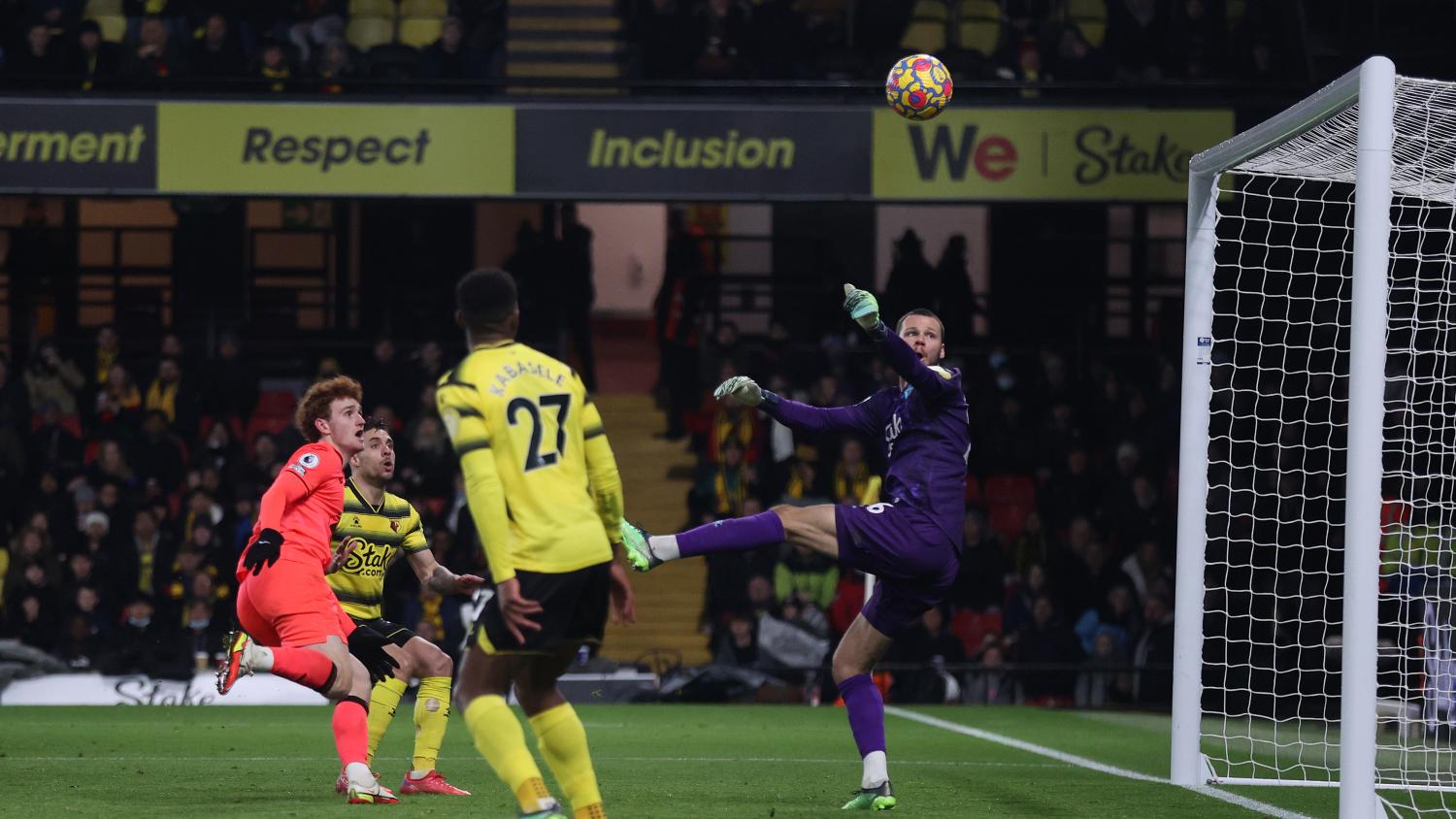 Sargent had never scored in the Premier League. He now has two, including a memorable first.
Getty Images

Is it too late for Gregg Berhalter to rethink his USMNT roster? Mere minutes after the U.S. roster for the upcoming World Cup qualifiers was made public — a squad that didn’t include Josh Sargent — the Norwich City forward scored an absurd goal in the Premier League. The Josh Sargent goal vs Watford may just be a Puskás Award-worthy goal for the sheer audacity of it, not to mention the acrobatics and improvisation required to turn the ball into the back of the net. He added a second goal to lift Norwich to a vital 3-0 win over Watford on Friday.

Berhalter’s 28-man roster was announced at 4 p.m. ET on Friday. The USMNT takes on El Salvador, Canada and Honduras in three massive World Cup qualifiers from Jan. 27-Feb. 2. While the Americans can’t quite lock up a trip to Qatar during this window, a good return could put them within touching distance of qualifying. Unfortunately for Sargent, the 21-year-old Missouri native, his poor form with a club whose form has been even worse kept him off the squad.

Coming into the weekend, Sargent had scored two goals all season since joining Norwich in August, both coming in a 6-0 win over Bournemouth in the EFL Cup. He hadn’t scored in the Premier League — until Friday.

Less than 10 minutes after Berhalter’s roster dropped, Sargent scored his first Premier League goal in the most incredible way imaginable. Teemu Pukki somehow came away with the ball on the end line and sent a poor cross toward no one in particular near the six-yard box. The ball was well behind Sargent, but he threw his leg at it for a scorpion kick attempt. Much like Olivier Giroud’s 2017 Puskás Award winner, the ball flew into the goal off the upper-90 woodwork.

Josh Sargent hits it off the crossbar and in! It's the USMNT forward's first Premier League goal!

Remarkable. Not a bad way to open your Premier League account.

Sargent doubled his Premier League tally with a soaring header in the 74th minute.

JOSH SARGENT HAS ANOTHER!

What a night for Josh Sargent as he has a brace in this pivotal match for Norwich City! #WATNOR pic.twitter.com/Gdods4LZRJ

What a night for Sargent — and the Canaries, who made it 3-0 on an own goal off Juraj Kucka.

Despite Norwich wearing resplendent neon red uniforms, the match had a lengthy delay in the second half because some of the floodlights at Vicarage Road went out, leading to 15 minutes of stoppage time at the end. But it wasn’t enough time for Watford to mount a comeback as Emmanuel Dennis was shown red in the 78th minute. Sargent went the full 105 minutes, the first Premier League match he’s played from start to finish since Dec. 11.

Friday’s impressive performance is too little too late for Sargent to get a recall into the USMNT in this window. The forward played seven times for Berhalter in 2021 but hasn’t scored for the national team since 2019. His last call-up came in the September World Cup qualifiers, at which time Ricardo Pepi took over the U.S. striker role. If he keeps this up, Sargent could find himself back in the squad for the final three World Cup qualifiers in late March.

The goals were massive for Norwich, which is in the thick of a relegation scrap. Coming into the match, the Canaries sat 18th, one point behind 17th-place Watford. Friday’s win pushed Norwich out of the relegation zone, though Watford has two games in hand. The victory could push the Canaries toward attempted survival, though it is likely the relegation fight will go down to the final weeks of the season.