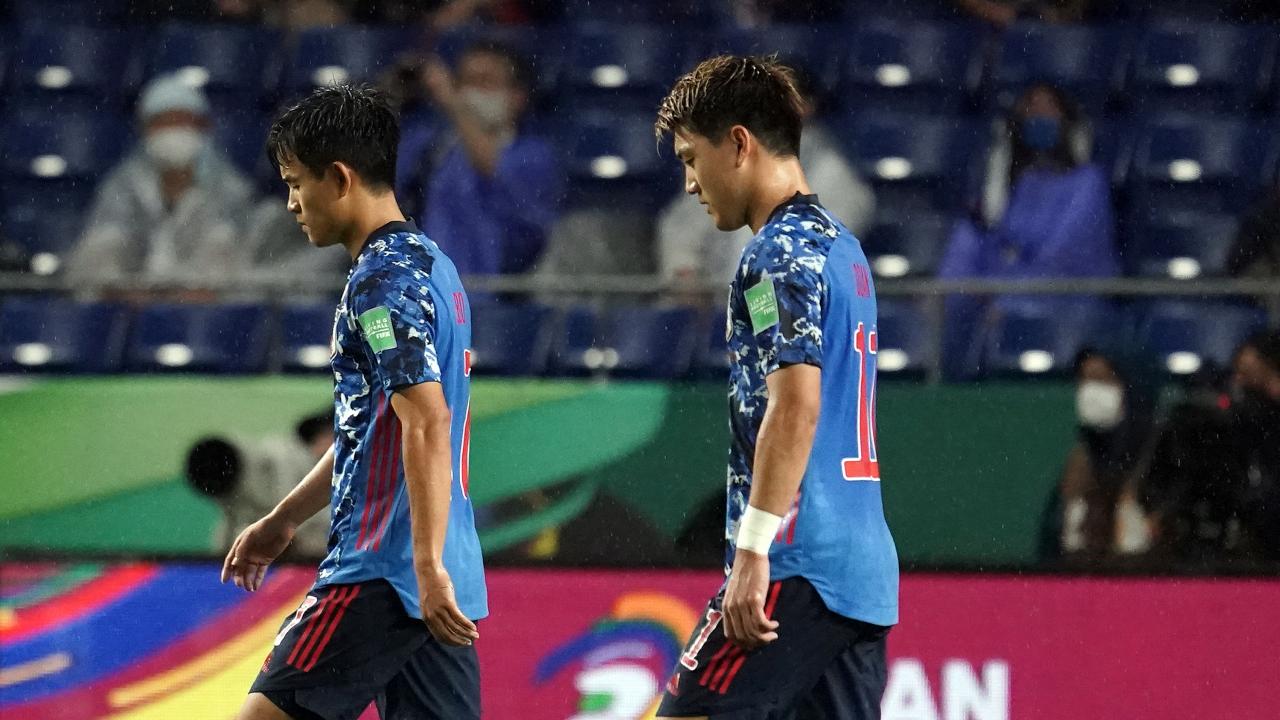 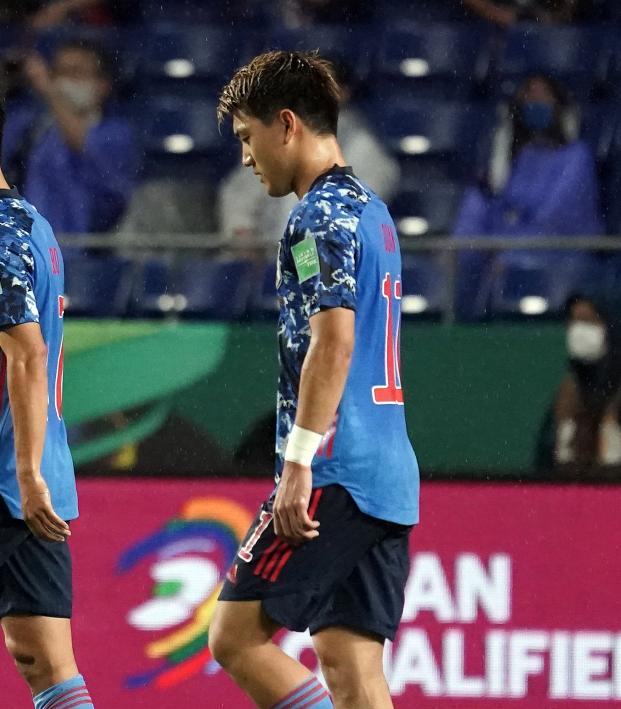 Reuters September 2, 2021
The third round of AFC qualification couldn’t have started worse for the Samurai Blue.

HONG KONG - Issam Al Sabhi's goal two minutes from time gave Oman a 1-0 shock win over Japan in their opening clash in the final round of Asia's World Cup preliminaries for Qatar 2022 as South Korea and Iraq played out a scoreless draw in Seoul.

Al Sabhi swept home Salah Al Yahyaei's cross from the right to stun the home side to take all three points in the nations' Group B meeting and heap the pressure on Japan head coach Hajime Moriyasu.

The loss was Japan's first in nine matches in qualifying for next year's World Cup and comes less than a month after Moriyasu failed to lead the country to a medal at the Tokyo Olympics.

Both teams struggled in wet conditions, but it was Japan's Shuichi Gonda who was the busiest of the two goalkeepers keeping out efforts from Rabi Al Alawi and Ali Al Busaidi. Junya Ito was denied at the other end by Faiyz Al Rashidi, who also dropped to his left to keep out Yuya Osako's low curling effort from distance with a quarter of the game remaining.

The Japanese also saw referee Mohammad Abdulla Hassan overturn a penalty initially awarded against Yuto Nagatomo for handball, the spot kick cancelled out after the official consulted the pitch-side monitor.

The home side looked set to hold on for a point until Al Yahyaei sprinted past Gaku Shibasaki down the right to send in a pinpoint cross for Al Sabhi to steer home, earning Branko Ivankovic's side the win.

The South Koreans, meanwhile, struggled to break down Dick Advocaat's Iraq in the teams' opening meeting in Group A in Seoul.

In a game of few chances, Hwang Ui-jo saw his first-half header cleared off the line by Sherko Karrem before Lee Jae-sung fired the rebound over the bar from close range. Hwang Hee-chan later squandered the opportunity to seal the win when, with time and space, he could only find the arms of goalkeeper Fahad Talib to meet Hong Chul's cross.

South Korea and Iraq take a point each from the game, with Iran due to play Syria and the United Arab Emirates facing Lebanon in Group A later in the day. Oman lead the early standings in Group B, with Australia to meet China and Saudi Arabia hosting Vietnam.

The top two teams in each group will qualify directly for the World Cup with the teams in third place going into a series of playoffs for a possible fifth Asian berth at the finals.