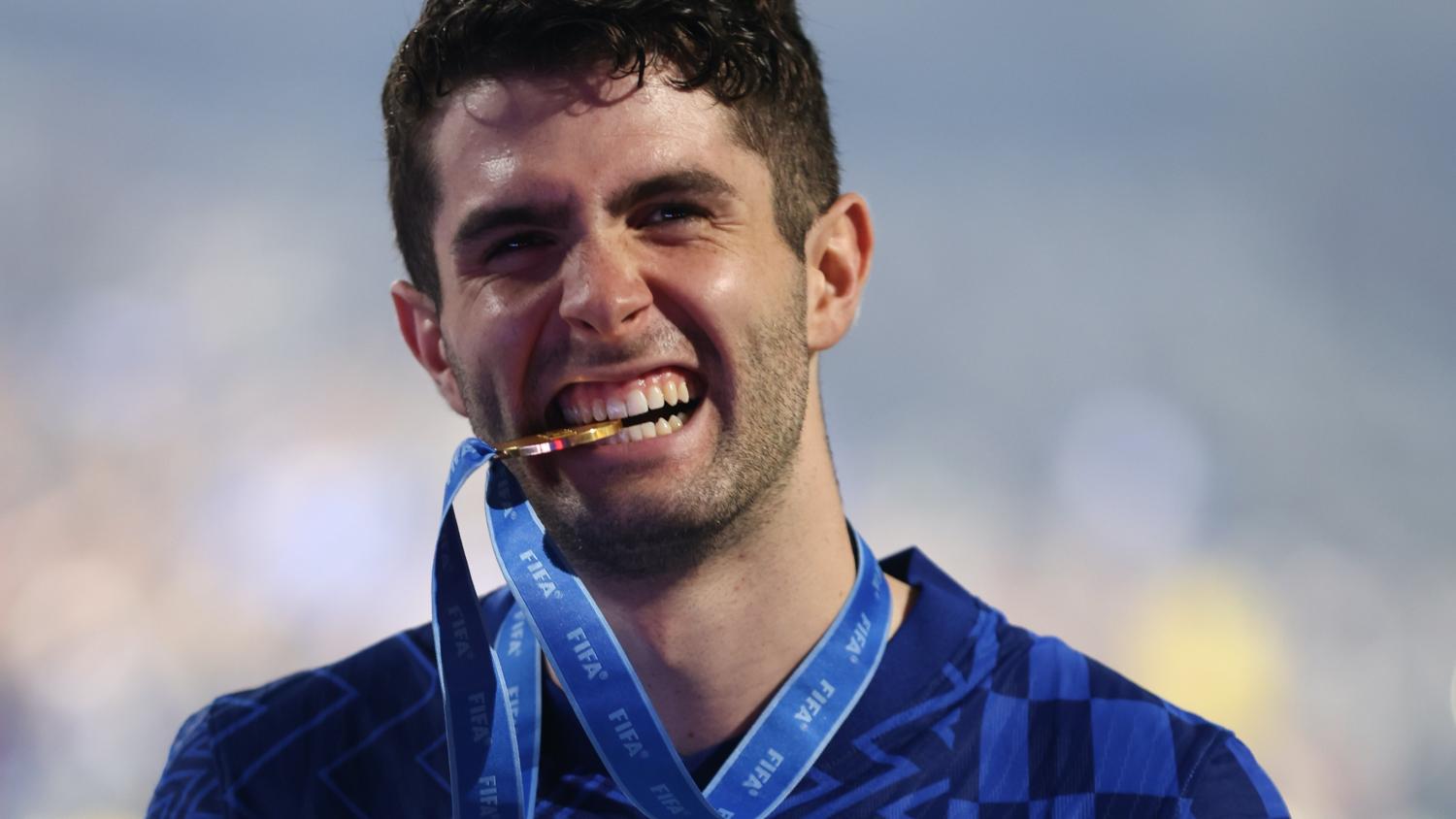 Chelsea became champions of the world on Saturday after defeating Brazilian side Palmeiras 2-1 in a tight contest that saw extra time and two VAR reviews for penalty kicks. Christian Pulisic played for 90 minutes in a historic game for an American player.

Pulisic made history in the 31st minute when he was substituted on for an injured Mason Mount. He is the first American to ever play in the FIFA Club World Cup.

A relatively quiet first half ended 0-0 with Chelsea dominating possession but neither side able to convert any chances.

Romelu Lukaku broke the deadlock ten minutes after the second half began with a thunderous header the Palmeiras goalkeeper could do nothing about.

Romelu Lukaku finds the back of the net for @ChelseaFCinUSA to take the lead! pic.twitter.com/jBr0O6P7Ih

Chelsea still threatened the South American champion’s goal after scoring as the momentum was entirely in favor of the London side.

Everything changed when a VAR review was needed to determine that Thiago Silva had illegally handled the ball. A questionable call but one that the referee felt was correct.

This was the handball called on Thiago Silva to give Palmeiras a penalty to tie it up pic.twitter.com/6KbvuTOCzA

Raphael Veiga confidently fired the penalty into the bottom corner to tie the game.

Veiga converts the penalty to equalize for Palmeiras at 1-1! pic.twitter.com/ZlY94PHoP5

Pulisic had two chances in the second half firing both of his shots just wide of the goal. Despite not getting on the scoresheet the American was lively for Chelsea in a solid performance.

Neither side could find the winner in the final minutes of the 90 and just like the last time when an English and Brazilian club met in the final the game went to extra time. Liverpool won that 2019 extra time affair against Flamengo 1-0.

After a shaky first half of extra time from both teams Chelsea turned it on for the final 15 minutes. With only a handful of minutes left VAR came into play for a second time. A close range shot from Cesar Azpilicueta hit the hand of Luan and once again the referee went to the video board and then pointed at the spot.

Kai Havertz — who scored the game-winner vs. Manchester City in the Champions League final — was the hero for Chelsea again. The German slotted in the penalty that would prove to be the decisive goal.

KAI HAVERTZ CAPITALIZES ON A PENALTY IN EXTRA TIME FOR @ChelseaFCinUSA TO TAKE THE LEAD! pic.twitter.com/vNBp1DX1Na

Pulisic has one more medal to add to his collection as he and Chelsea are world champions.