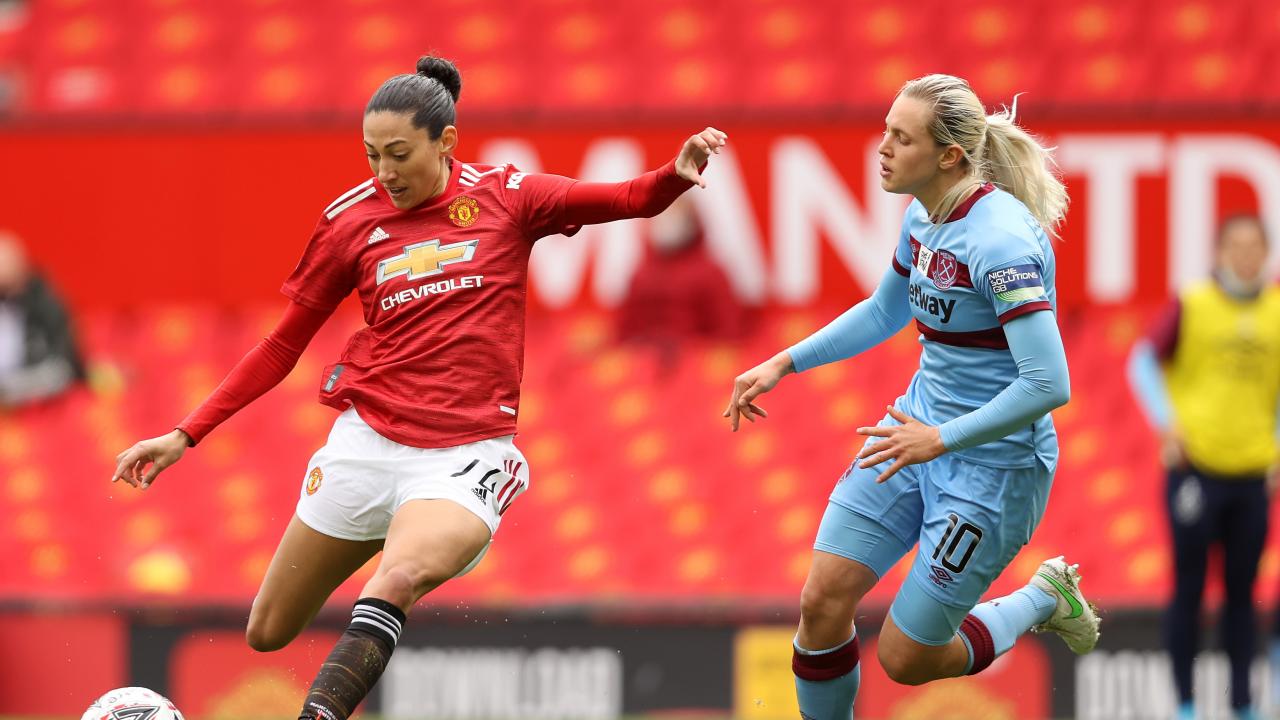 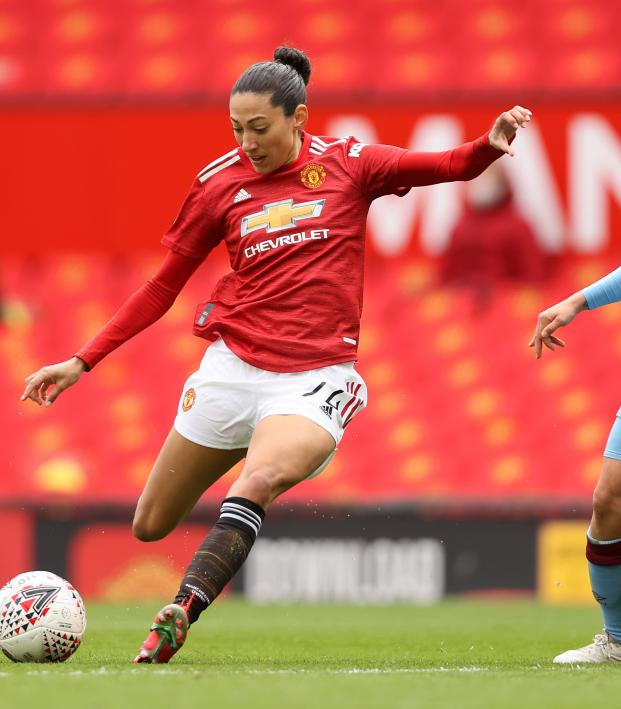 Travis Yoesting March 27, 2021
Press becomes one of the few Americans to have scored at the venerable stadium.

The Manchester United Women finally got a chance to play at Old Trafford, and Christen Press took full advantage of the opportunity to become one of the few Americans to have scored at the iconic stadium. Press netted the second goal in a 2-0 win over West Ham on Saturday.

By our accounts, only five other Americans have scored at Old Trafford. Brian McBride was the first in 2006 before a slew of Americans scored in 2012. Clint Dempsey famously scored his first Tottenham goal in Spurs’ first win over United at Old Trafford since 1989 in September of 2012. Before that, Abby Wambach, Megan Rapinoe and Alex Morgan found the back of the net at Old Trafford during the 2012 Olympics. Wambach scored against North Korea in a 1-0 win and all three scored in the epic semifinal 4-3 win over Canada (Rapinoe scored twice in that one).

Press made it six Americans to score at Old Trafford when Jackie Groenen played a perfect through ball for her to smash home.

Press powers the ball into the @westhamwomen net! #BarclaysFAWSL pic.twitter.com/8N4IrNFzms

Despite the win on a big day for the club, United manager Casey Stoney wasn’t too thrilled with her team’s performance.

The win put Man United six points ahead of Arsenal for third place, though the Gunners had two games in hand and just beat United the last time out on March 19.

Hopefully the United Women keep getting a chance to play at Old Trafford, especially when fans are allowed back in England.