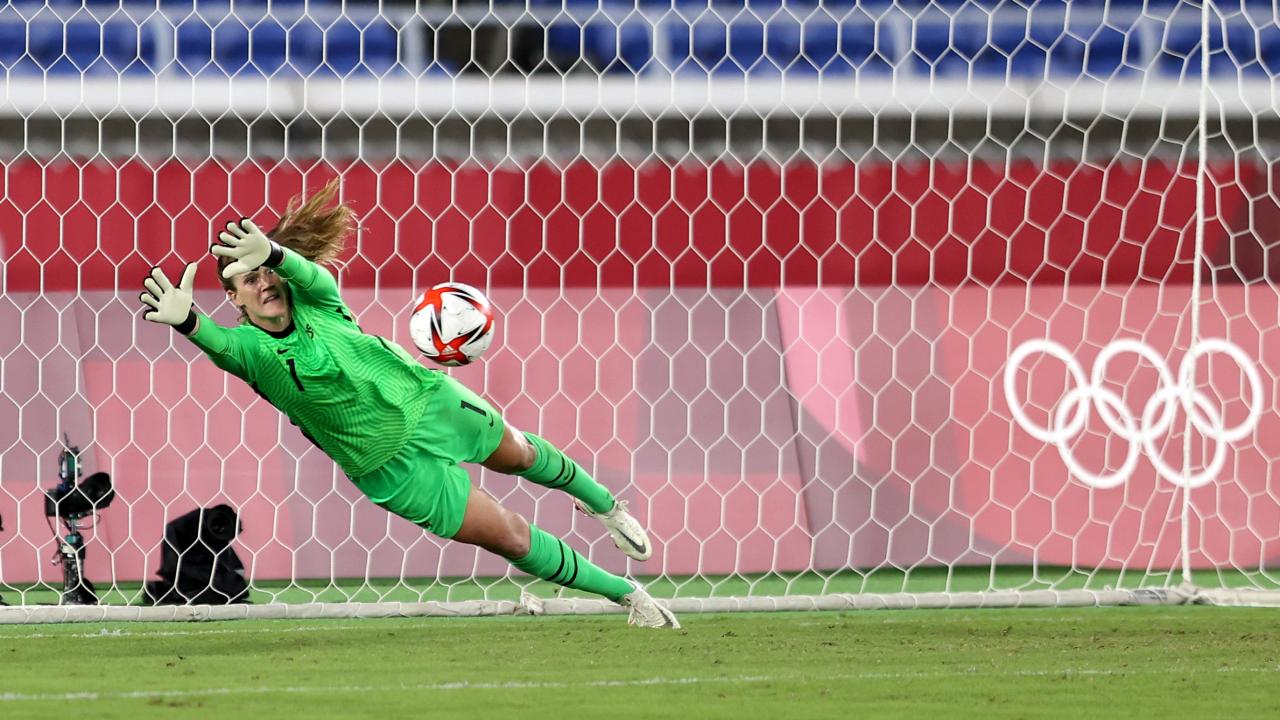 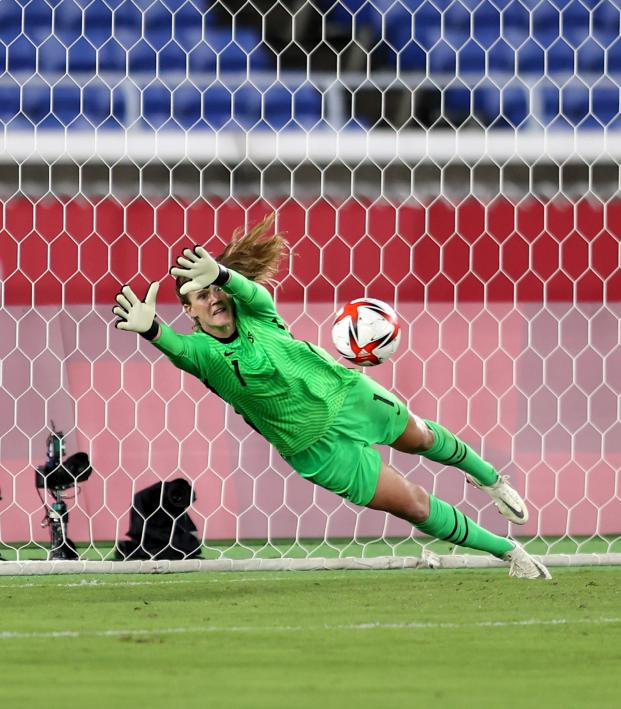 Travis Yoesting July 30, 2021
The USWNT got past the Netherlands with a shootout victory in the Olympic quarterfinals.

The USWNT has been far from impressive at the Tokyo Olympics. The defense has been shaky, the midfield often overrun and the forwards unable to stay onside. But Team USA is through to the medal rounds thanks to the heroics of goalkeeper Alyssa Naeher, the one constant this tournament.

Naeher saved three penalties — one in regulation, two in a shootout — as the U.S. edged the Netherlands 4-2 on PKs after a 2-2 draw in regulation on Friday. Megan Rapinoe smashed the clinching spot kick into the upper 90 to send the USWNT into the semifinals, where it’ll face its neighbor Canada on Monday. The Canucks also eked through on penalties 4-3 after a 0-0 draw with Brazil.

Vivianne Miedema scored both goals for the Netherlands, who netted 21 times in the group stage, but the Dutch bowed out of a major international tournament at the hands of the U.S. for the second time in two years after losing 2-0 in the 2019 Women’s World Cup final.

The U.S., which opened the 2020 Olympics with a 3-0 humbling at the hands of Sweden, has yet to really hit full stride in Japan. Vlatko Andonovski’s side has had a remarkably nine goals called back for offside, including four on Friday.

Fortunately for the Americans, Naeher has come to play throughout these Olympics.

With the score tied 2-2 and 10 minutes to play, it looked like disaster had struck for the U.S. when Kelley O’Hara bundled over Lineth Beerensteyn in the box even though the ball was sailing well overhead. The referee immediately pointed to the spot, but Naeher guessed correctly and easily saved Lieke Martens’ admittedly tame penalty. (Apologies in advance that these NBC highlights will take you away from this page. NBC is a jerk.)

After a scoreless extra time, Naeher started the shootout with a huge save off Miedema to immediately put the pressure on the Dutch, sprawling to reach her right post and deny one of the world’s best strikers.

Naeher DID IT AGAIN in penalties to help the @USWNT reach the #TokyoOlympics semifinals! #OlympicHERstory pic.twitter.com/9RDaFMKrVx

Rose Lavelle, Alex Morgan and Christen Press were all sure-footed from the spot to set up Naeher’s third penalty save — this on Aniek Nouwen — to set up a potential winner from Megan Rapinoe. The 2019 Women’s World Cup hero was ice cold with her penalty, ensuring the U.S. would not go down in the quarterfinals of a second straight Olympics.

Naeher finished the match with five saves, not including the two stops in the shootout. After the match, she sat stoic on the pitch, soaking in all that had just transpired. And what had transpired was the game of her life to save the USWNT’s Olympic life.

Andonovski made a few lineup changes against the Netherlands, utilizing the powerful midfield of Sam Mewis, Julie Ertz and Lindsey Horan to negate the Dutch dynamos on the other side of the pitch, with Lynn Williams making a surprise start on the wing. For the most part, it worked, with the Americans on the front foot for most of the first half.

Tobin Heath had a goal called back for offside and Horan had a great header denied by a better save from Sari van Veenendaal.

Then Miedema showed just how dangerous she can be with limited touches.

Kelley O’Hara was a bit too casual going for a ball in the box and was punished by a lovely touch from Miedema, who scooped the ball to herself to set up a superb volley into the bottom-left corner.

The U.S., which had the run of play in the opening 30 minutes, equalized when Williams picked out Sam Mewis for a near-post header.

Williams was excellent throughout in her first Olympic start. While primarily focused on service from the wing, she popped up in the middle of the 18 at the perfect time to give the U.S. a 2-1 lead three minutes after Mewis equalized.

The U.S. seemed to grow comfortable up 2-1, but the Netherlands wasn’t, and once again Miedema punished a defense that wasn’t good enough.

After Abby Dahlkemper blocked Miedema’s initial shot attempt, the Arsenal striker drove past her defender and unleashed a perfectly placed shot again into the lower-left corner in the 54th minute. Naeher maybe could’ve done better, but there’s a reason Miedema now has 83 goals in 100 caps.

Soon after the goal, Andonovski made his first changes, a triple substitution that included taking Mewis out of the midfield for Rose Lavelle, goal scorer in the 2019 Women’s World Cup final between these two teams. The change made the U.S. look dangerous on the attack at the cost of less defensive stability.

The USWNT had a seventh goal disallowed by offside when Christen Press turned in a cross/shot from Lindsey Horan at the back post, but the Netherlands was threatening even more at the other end, taking advantage of another poor display from the USA back four, especially the fullbacks.

Daniëlle van de Donk had a header go just wide in the 86th minute and the Americans held on to force overtime.

In the first half of extra time, Martens put the ball in the back of the net after two awkward bounces off Naeher’s crossbar early in extra time, but the offside flag was up and a long VAR check confirmed no obvious error.

Naeher was again called upon to make a sprawling save to deny a header from Miedema in the 103rd minute.

In the second half of extra time, Press had another goal disallowed by the offside flag — and eighth for the team this Olympics — when she couldn’t quite check her run when meeting a delicious delivery from Megan Rapinoe. Yet another offside call denied Morgan a few minutes later and the match went to penalties where Naeher saved the day.

Elsewhere on Friday, Australia outlasted Great Britain 4-3 in extra time and Sweden took down host Japan 3-1 to set up the other side of the bracket.