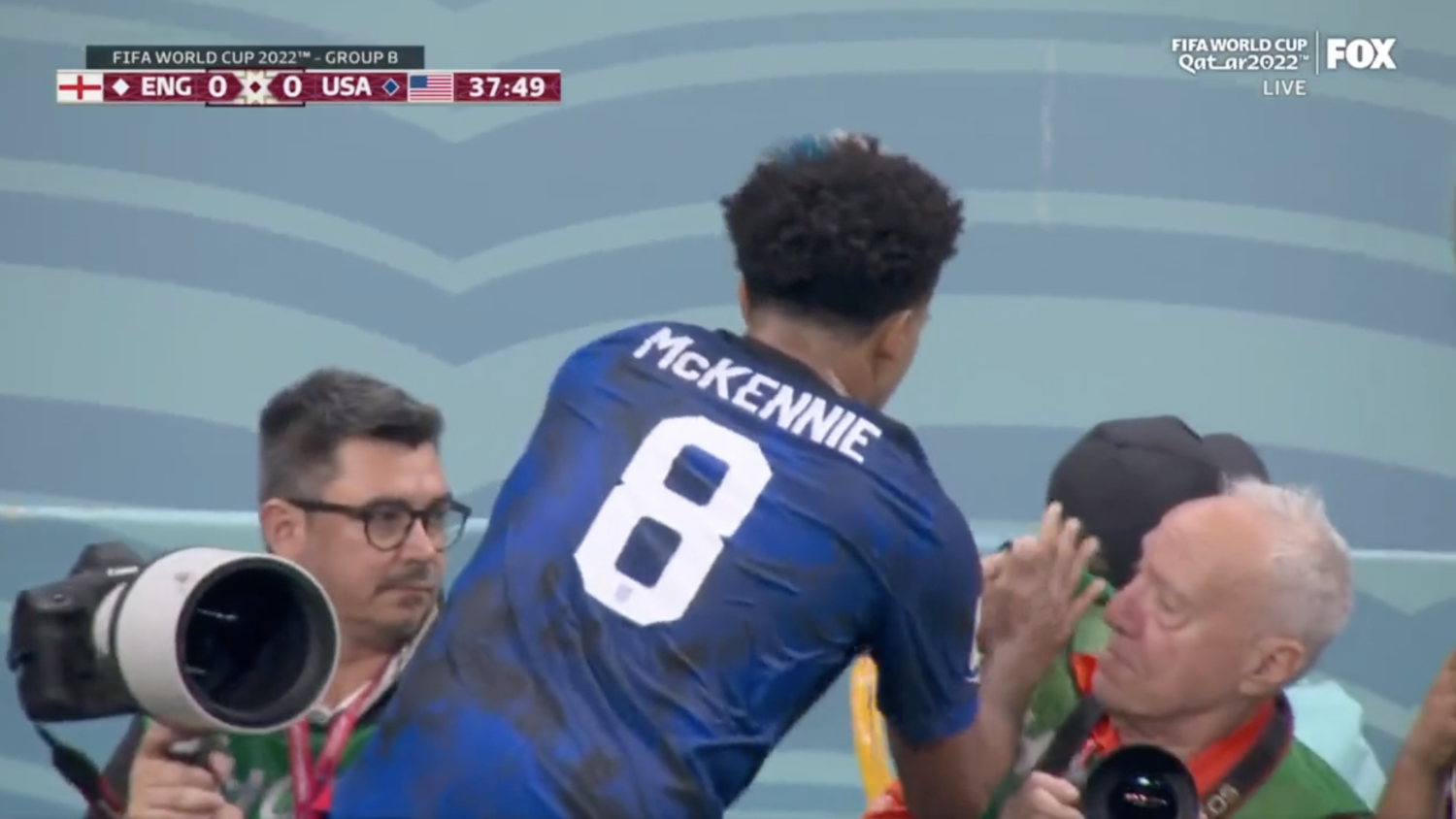 How can you not love McKennie?
http://the18.com

Weston McKennie is easily one of the most likeable players on the U.S. men’s national team. Not only is he the USA’s best player, but he has such an infectious and positive personality.

Whether he’s hitting his Harry Potter goal celebration, dying his hair red, white and blue or just being hilarious, he’s just so entertaining.

His former Juventus teammate Matthijs de Ligt once told the media that McKennie was the funniest player on the team and that he “lives in a completely different world.”

McKennie showcased some of that humor (and genius) against England on Friday when he borrowed a cameraman’s bib to dry his hands. The 24-year-old is a long throw-in specialist and needed to dry his hands for a throw vs. England.

The internet loved this moment from McKennie.

McKennie using the photographer's bib to dry his hands before the throw-in pic.twitter.com/CyKQBzKaq6

German media asked him about the photographer after the game. If you didn’t know, McKennie can speak German and he showed that off during this interview.

“There was a curious scene. Before a throw-in you dried your hands somewhere,” said the reporter. “I mean, normally you do that on your trousers. How did that contact with the photographer happen?"

McKennie responded saying the move worked out in the end.

“Yeah, no haha my t-shirt was wet. I couldn't throw the ball properly. Yeah, I just used his bib and dried my hands. And as you saw I threw the ball, won a corner, all good,” McKennie said.

McKennie lived in Germany for several years growing up while his Dad was stationed at Ramstein Air Base. If you want to know more of his backstory then you’re in luck. The18 talked with him, his family and supporting team in a 25-minute documentary about his story.