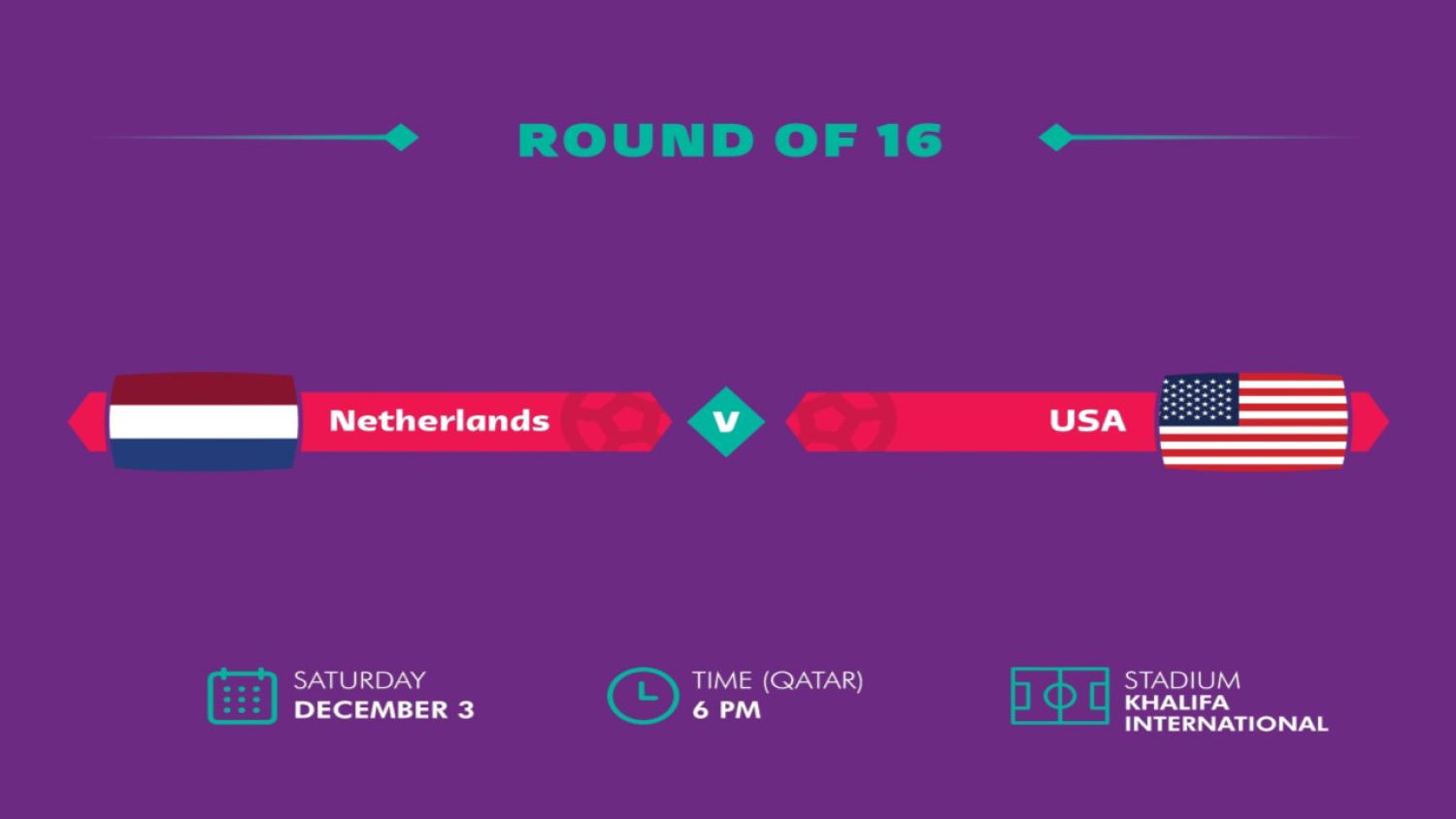 We are frequently wrong but don't hold that against us.
Shutterstock

The United States navigated group play admirably, going unbeaten and only conceding once, to advance to the World Cup Round of 16 with the Netherlands awaiting at Khalifa International Stadium on Saturday morning at 10 a.m. ET.

The USA vs. Netherlands odds clearly cast Gregg Berhalter's men as the underdogs. After 90 minutes, the Netherlands is 10/11 to win while the United States is at 10/3. The odds for requiring extra time are at 23/10.

The Dutch have a legendary manager in Louis van Gaal, one of the world's best defenders in captain Virgil van Dijk, a midfield maestro in Frenkie de Jong and a proven international goalscorer in Memphis Depay, but the USMNT isn't viewing this matchup as an honor — they're out to reach the quarterfinals.

Will the Netherlands overlook the U.S. while openly dreaming of the final? Or will the Dutch put forth their best performance after a somewhat subdued group stage? Can the United States put together 90 minutes of progressive play and find the goals? Or is this team destined to struggle in front of net?

Let's look into our crystal ball for answers.

"I will go with my heart and not my brain... 2-1 USA, goal from Pulisic and Reyna coming on at the 60th minute (hopefully), goal from Gakpo, VVD plays the game of his life but not enough to stop the almighty U.S. soccer bros."

"Netherlands wins 2-1 in extra time. It's 2014 all over again. The first 90 finishes 0-0 and American hearts are broken in extra time again."

"Cody Gakpo will continue on his path to becoming the breakthrough star of this World Cup, despite the Netherlands being the most boring Netherlands ever."

"Netherlands scores an early goal within the first 20 minutes to startle the American lads. The boys pick up the pace and hold it down on 'D' until the halftime whistle sounds. The score is 1-0 Netherlands. Second half starts, it's a hard fought battle until the 52nd minute and then Josh Sargent slots one home for the U.S. The crowd goes wild. Playing with a new flame of hope, the U.S. gets a set piece late in the game. Pulisic crosses it in and Tim Ream scores the winner in the 81st minute. Hooting and hollering can be heard from around the world. USA advances."

"Having watched every Dutch game so far, I've been impressed as they've been able to get the results they need, including two wins by multiple goals, while not necessarily playing at their best. They have scorers like Cody Gakpo who will punish the smallest mistake and an unbelievable defense to keep opponents off the board. The U.S. has a midfield to rival just about anyone, but the lack of clear goal-scorers will catch up with the Americans in the knockout round, though admittedly, I hope I'm wrong."

"I foresee the USMNT causing the same types of trouble that Ecuador gave the Netherlands. The bolstered American confidence and the consolidation of the midfield trio against Iran makes me predict a pretty even game that takes us into extra-time and penalties (hopefully ending with a USA win)."

"Two tough defenses grind for 120 scoreless minutes. Only penalties can separate these two teams. The dream run continues for the USA. Bring on Messi!"

The United States gets its first multi-goal game of the tournament, but the defense also concedes twice after back-to-back clean sheets. In the shootout, Matt Turner provides two huge saves and the U.S. wins 4-3.